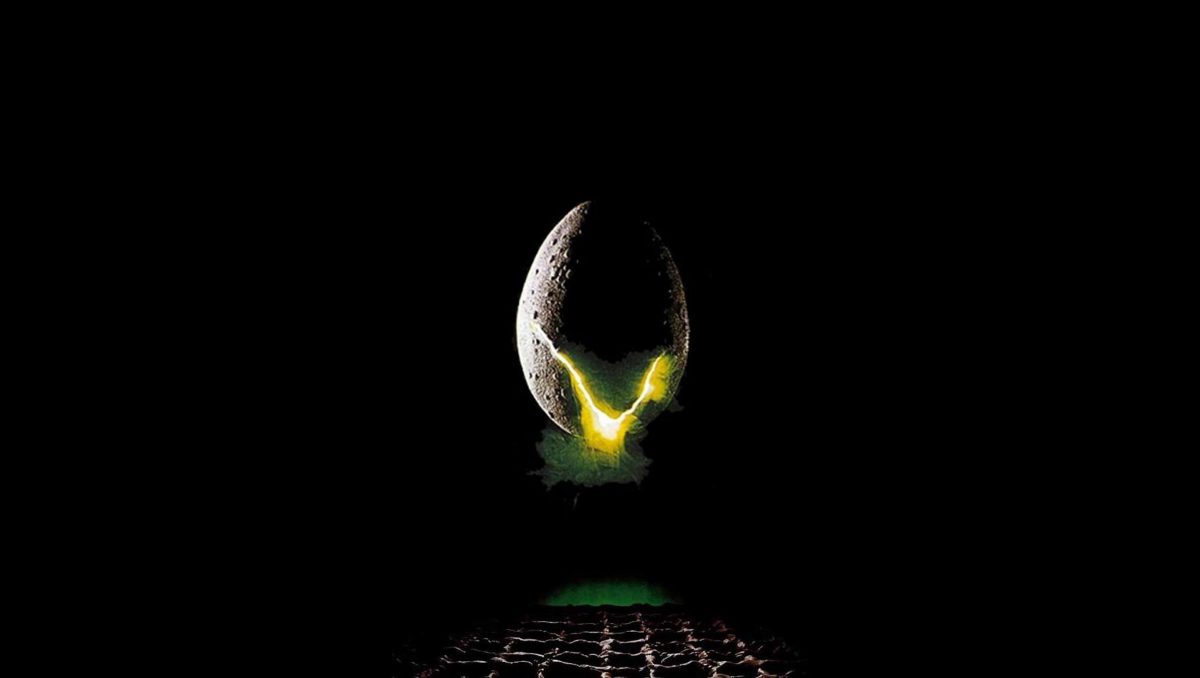 Bones Are Bent Outward, Like He Exploded From Inside

The success of Star Wars changed everything for Sci-Fi movies. While 2001 had been a giant hit a decade ago, most put it down to a fluke, but George Lucas suddenly proved that science fiction wasn’t just for B-movies, but could be a licence to print money. Every studio in town were chasing the genre, but 20th Century Fox, who had distributed Star Wars had a head-start: they already had another space-set script in development, Alien.

They swiftly attached relative newcomer Ridley Scott to the project. Production got underway in the summer of 1978. Fox executives were so impressed by Scott’s presentation of storyboards and designs that they doubled the budget of the film, from $4 million to over $8 million.

The Nostromo was a self-contained set. Scott had a spaceship set that you couldn’t get out of except by walking all the way through it. The actors felt trapped inside the set, adding to the film’s realism. And with time and money running out, Scott didn’t have time to light a lot of the scenes so he adjusted the ambient lighting in the corridors and kept going. But budgetary constraints meant that production designer Michael Seymour had to abandon his plans to build a single complete Nostromo set, three storeys high, so that actors would have to climb down companionways from one level to another.

Bring Back Life Form. Priority One. All Other Priorities Rescinded.

With neither the budget, nor the technology to run breathable air into the space suits or helmets, problems ensued. Tom Skerritt (Dallas) and Veronica Cartwright (Lambert) said they actually near suffocated; that they were supposed to have oxygen (pumped in by tanks), but that the tanks would malfunction.

Cartwright described the actors walking around in the suits and helmets, having to carry oxygen tanks, wearing heavy, painted hockey gloves and boots. She said they were practically passing out all the time.

Bolaji Badejo, a 7’ 2” Nigerian actor was discovered in a pub. His incredible lean frame is exactly what the crew were looking for, so he was hired to bring the Xenomorph to life. Badejo admits that he had a hard time playing the role, since he couldn’t see or hear very well, and Scott would often ask him to perform movements that were nearly impossible to pull off with the suit.

Scott used a German Shepherd on a leash to get the hissing reaction from Jonesy (the cat) right before the alien kills Brett (Harry Dean Stanton). 4 different cats played the part of Jonesy. Weaver believed she was allergic to the cats as she broke out into a rash on set. It turned out she was having a reaction to the substance the crew sprayed her with to make her look sweaty.

The crackle of electric blue light when the Nostromo crew disturbs the resting place of the facehuggers, is thanks to Roger Daltrey.

The Who and their roadcrew were in a villa next to Shepperton Studios, experimenting with laser beams for a live gig they were preparing to record, and Daltrey let Scott borrow their gear.

Anton Furst (Batman [1989], Full Metal Jacket, Awakenings) ran the laser beams in the egg chamber, an effect Scott was “blown away with.” The inside of the egg was made of steamed cattle and sheep parts (delivered fresh every morning) and the fluttering movement caused by Scott’s surgical-gloved hand moving around.

The cast was unaware of the details regarding the infamous chestburster scene.

In order to inspire genuine shock in his actors, Scott keep the cast in the dark about the specifics of the scene. Scott also used real animal intestines for the shot; the cast was legitimately disturbed and horrified.

The dinner scene was played as if nothing was going to happen. Tom Skerritt had seen how it was setup, so he had an idea, but the rest of the cast was kept “locked away.”

Four cameras were set up and the scene was done in one take.

Veronica Cartwright was told she was going to get a little blood on her face and the panicked look on her face was her actual reaction. There was a guy on a skateboard under the table who had the alien on a dolly and whipped it out of the room.

It has been consistently praised since its release 39 years ago, and is considered one of the greatest films of all time. In 2002, Alien was deemed “culturally, historically or aesthetically significant” by the Library of Congress and was selected for preservation in the United States National Film Registry.