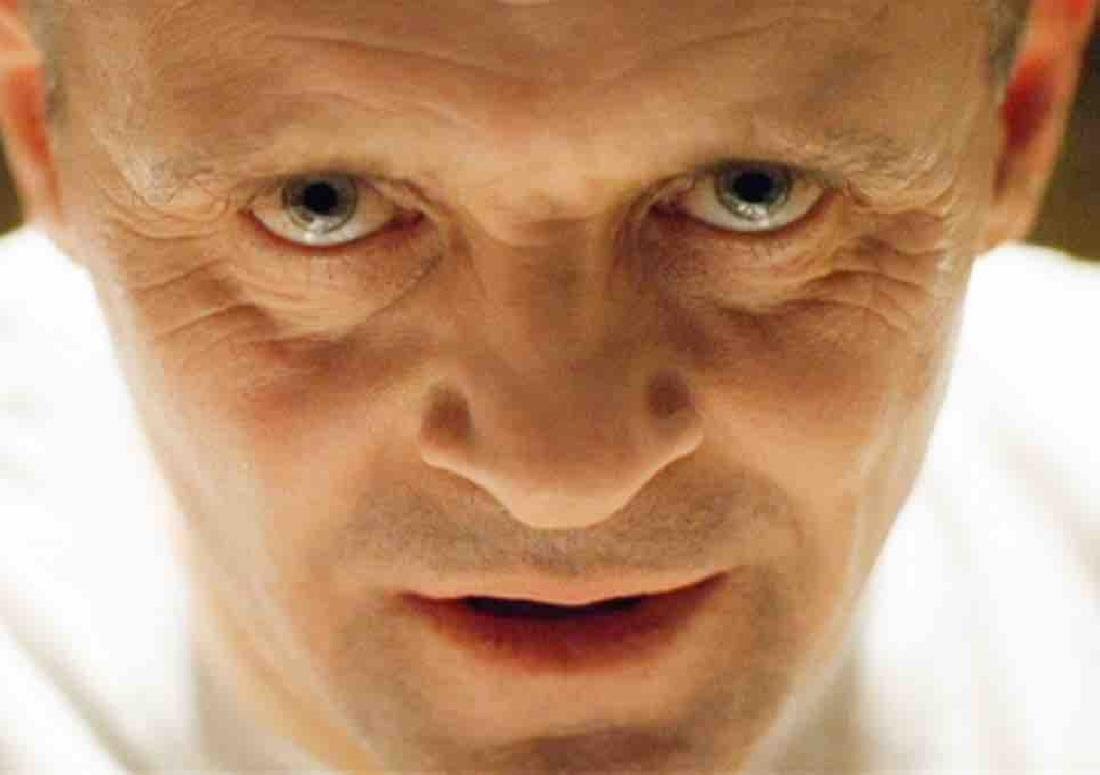 Whenever Feasible, One Should Always Try To Eat The Rude

Based on Thomas Harris’ 1988 novel of the same name The Silence of the Lambs is only the 3rd film to ever win all of the “Big Five” Oscars – Best Picture, Best Actor, Best Actress, Best Director and Best Screenplay.

The other two were It Happened One Night in 1935, and One Flew Over the Cuckoo’s Nest in 1976. Harris’ won the Bram Stoker Award for Best Novel and this attracted Jodie Foster’s attention.

Gene Hackman had already optioned the novel and planned to both direct the film and play Hannibal Lecter, but soon distanced himself from the project as he thought the character was ‘unlikeable’ and script becoming darker.

Director Jonathan Demme saw many other actresses before Foster, including Meg Ryan, Geena Davis and Melanie Griffith. Michelle Pfeiffer was pursued but turned it down because she felt nervous about the subject matter. Sean Connery was Demme’s first choice to play Lecter, but The League of Extraordinary Gentleman star turned down the film as he thought it was “disgusting”.

Can You Still Hear Them Screaming, Clarice?

Anthony Hopkins had the idea of Lecter dressing in white because it would remind people of dentists and doctors, people who made them feel automatic apprehension. Hopkins’ voice for Lecter was intended as a mix of author Truman Capote, actress Katherine Hepburn and 2001: A Space Odyssey’s HAL 9000.

That Perspex cell that has become so much a part of the Lecter character was an idea of production designer Kristi Zea, created because Demme thought shooting through prison bars would ruin the mood of the scenes. Hopkins had to be bolted in behind the glass. Foster said he’d always stay in there and that it was strange because the two actors never got to spend time together or really talk to each other outside of filming.

In the scene where FBI Agent Clarice Starling tells Lecter about the lambs, you can hear a small crash part-way through. A crew member dropped a wrench but Foster liked the take, which she hadn’t broken, and convinced Demme to keep it.

There are many shots of characters talking to Starling directly into the camera, but she is always shown looking slightly to one side of the camera. This was because Demme wanted to make the audience see the film from Starling’s POV. Hopkins and Foster only share four scenes throughout the course of the film.

Demme saw many actors for the role of Jame “Buffalo Bill” Gumb, but nobody really stood out in auditions. Ted Levine (Shutter Island, American Gangster) came in and he was “terrifying.”

Gumb’s naked dance wasn’t scripted and was the invention of Levine, who wanted to show that Gumb was someone who just wanted to be somebody else, before the scene, Levine “took a couple of shots” of tequila.

Buffalo Bill was an amalgam of serial killers Ed Gein (who skinned his victims), Gary Heidnick (who kept his victims in a hole in his basement) and Ted Bundy (who used a fake plaster cast to bait women into his van).

The final day of shooting on the climactic basement scene took 22 hours. Brooke Smith (Grey’s Anatomy, In Her Shoes) who had only one previous acting role, gained 25 pounds to play Catherine Martin. Demme said her inexperience was key for the scene.

He wanted to honour real-life victims by not having someone “acting.” The director said, for him, Catherine begging in the pit were the hardest scenes for him to shoot.

Dr. Hannibal Lecter is currently rated as the “Greatest Villain of all Time” (American Film Institute).

Steven Soderbergh’s UNSANE : An iPhone, A Script, A Lot Of Talent