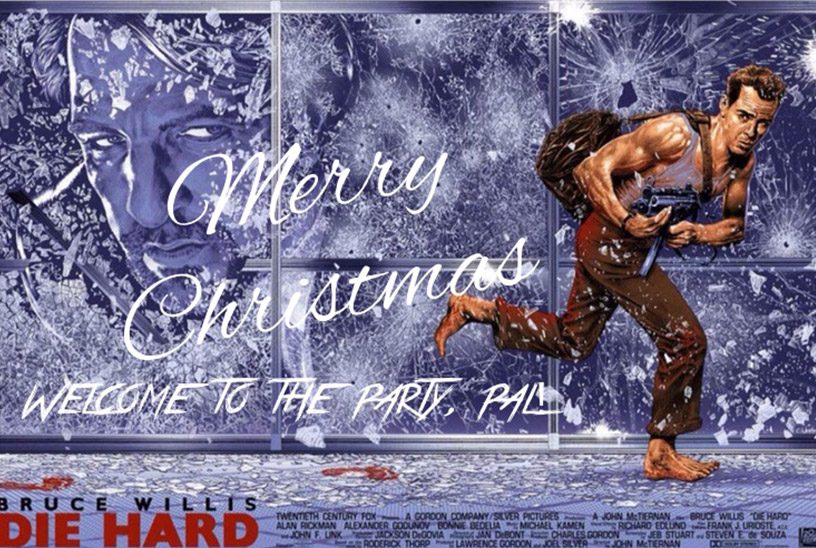 Part of Twelve Days Of Christmas

“Come Out To The Coast…”

Die Hard is based on Roderick Thorp’s 1979 crime novel Nothing Lasts Forever, which is a sequel to his 1966 novel, The Detective.

The idea for Nothing Lasts Forever was inspired John Guillermin’s 1974 disaster flick The Towering Inferno. After seeing the film, Thorp had a dream about a man being chased through a skyscraper by a group of men with guns. 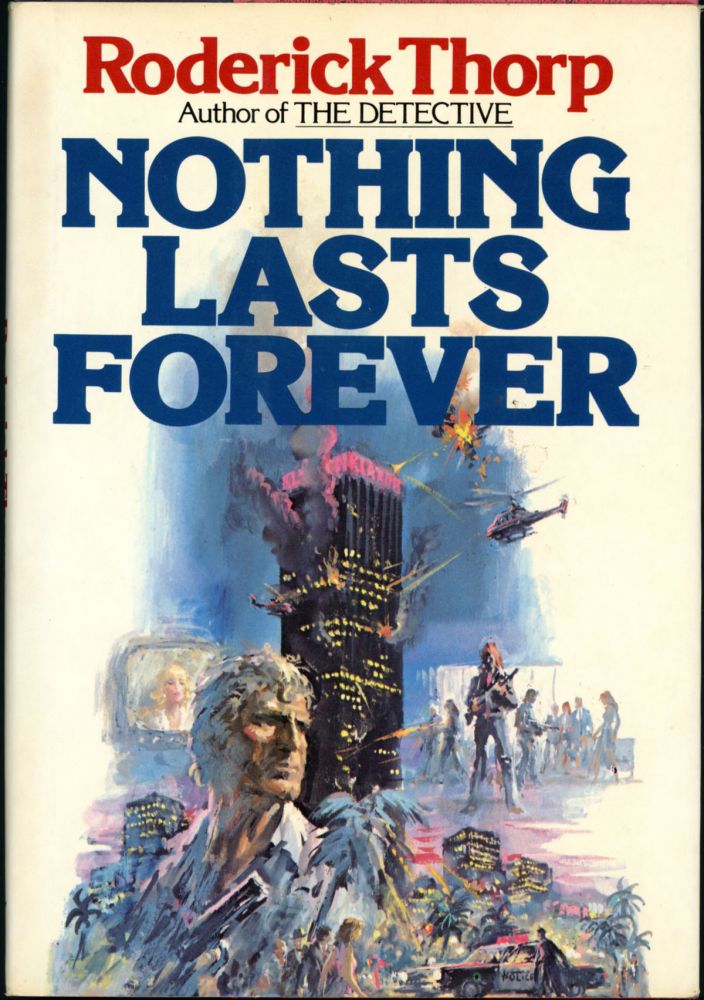 They all declined it.

Bruce Willis wasn’t an immediate choice for the role because, up until that point, he was known solely as a comedic actor, not an action star. 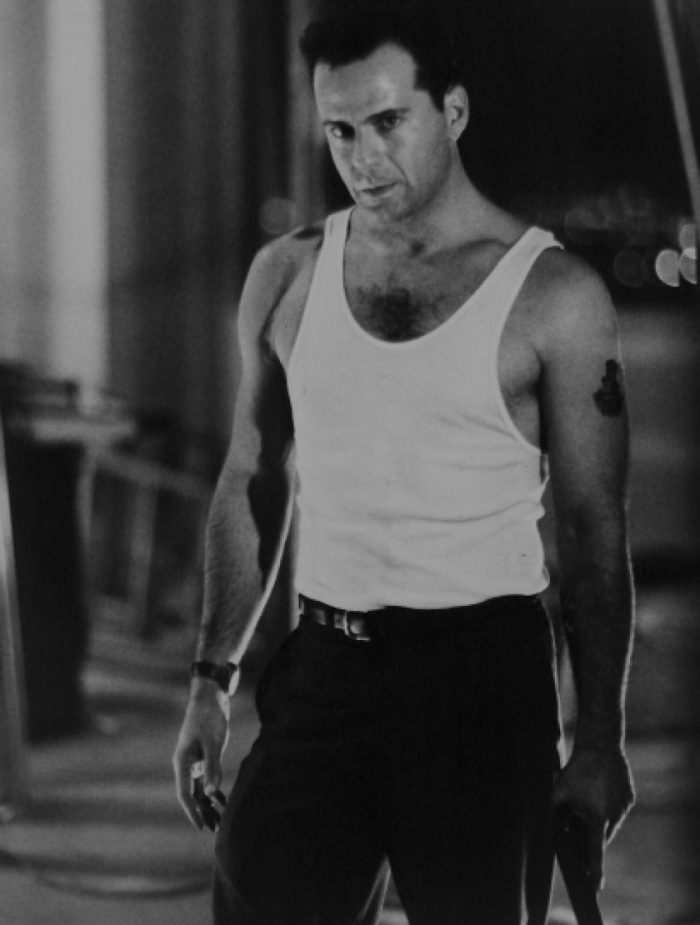 The studio’s marketing team weren’t convinced audiences would pay to see an action movie starring the funny guy from Moonlighting, so the original batch of posters for the film centered on Nakatomi Plaza and Willis didn’t even feature.

As the film gained steam, the marketing was altered, and Willis was more prominent in the promos.

The corporate headquarters of 20th Century Fox (the studio making the movie) proved to be the perfect location for the movie’s much-needed Nakatomi Plaza, and the studio even charged itself rent to use its own space. 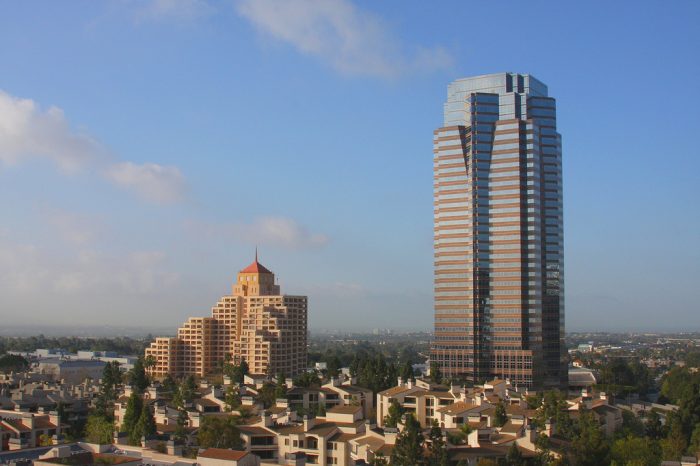 Fox was skeptical about destroying their own office building. The scene with the SWAT Greyhound barrelling in and knocking over the plaza’s front stair railing took months of negotiating before getting the green light. 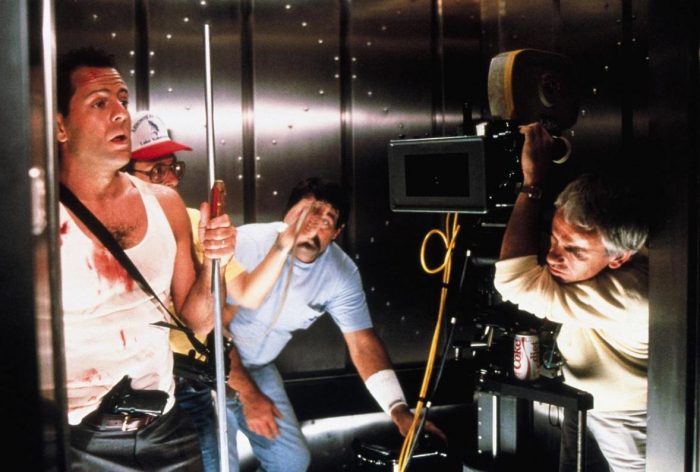 The helicopter scene took six months to coordinate and Fox allowed the production crew only two hours to capture it on film.

This was Alan Rickman’s first role in a feature film. Whenever he had to shoot a gun in the film, he continually flinched, which forced McTiernan to have to cut away from him so that his reactions were not caught on film. 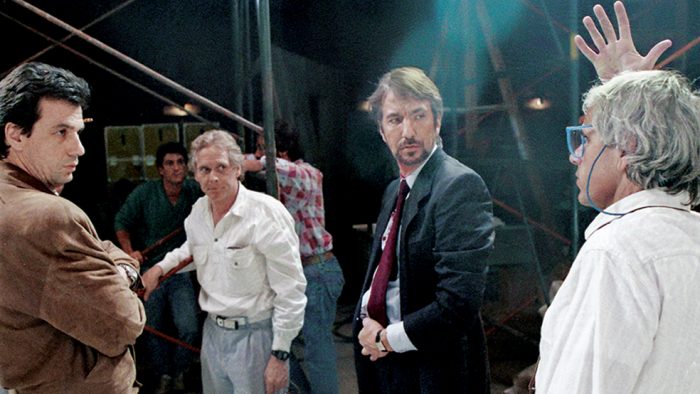 The scene where McClane and Gruber finally meet was unrehearsed. McTiernan wanted to create a greater feeling of spontaneity between Willis and Rickman for the movie’s climax, although McTiernan was never happy with Rickman’s American accent. 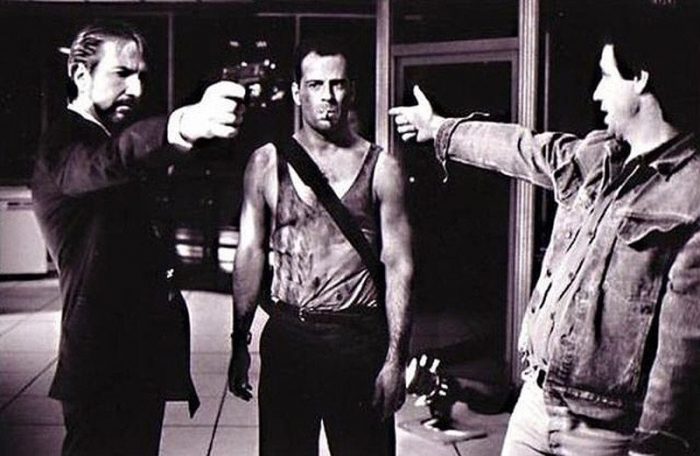 The German that the terrorists are speaking in the theatrical version is just gibberish. Most of the terrorists’ dialogue is incoherent German nonsense that was later fixed for the VHS release.

In the German version of the movie, the bad guys aren’t even German, just some random European terrorist outfit. 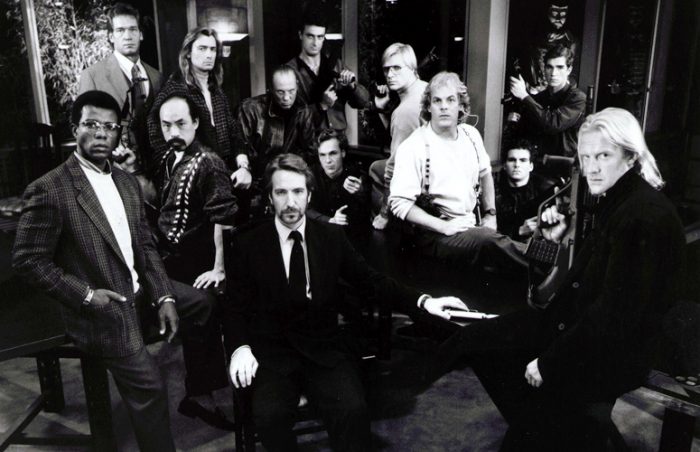 In order to make it look as if he was falling off a building, Rickman was supposed to drop 20 feet onto an airbag while holding onto a stuntman.

But in order to get a genuinely terrified reaction out of him, they dropped him on the count of two, not three, and he fell about 40 feet, and not 20 as planned. 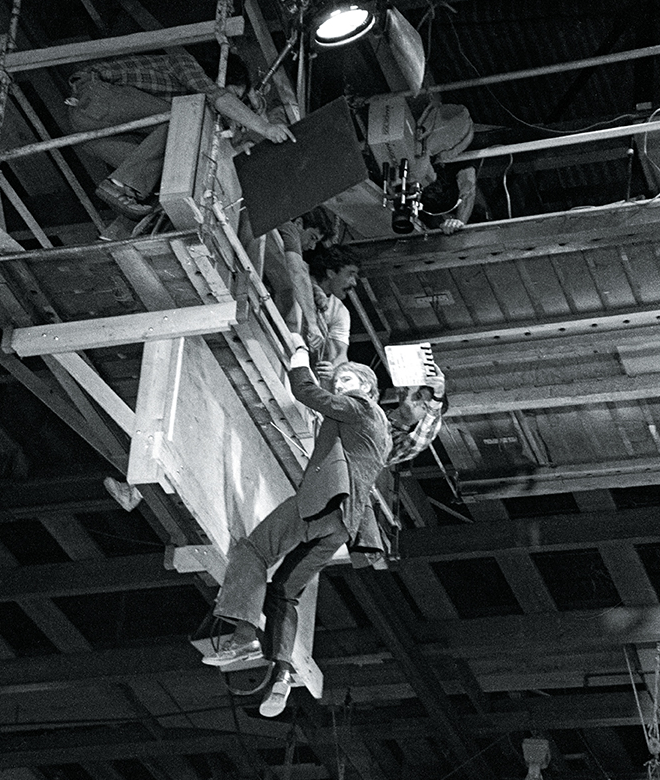 In order to get the realism that McTiernan was looking for, the blanks used in the guns in the movie were modified to be extra loud. In one scene, Willis shoots a terrorist through a table, which put him in extremely close proximity to the gun and caused permanent hearing loss. 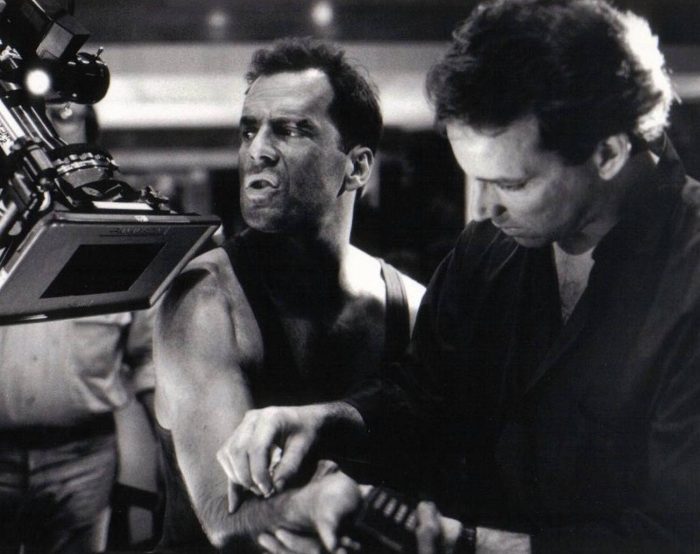 Willis spends much of the movie in his bare feet running through broken glass, he was given a pair of rubber feet to wear as a safety precaution.

And if you look closely in certain scenes, you can actually see the fake appendages.

The teddy bear that McClane plans to give to his kids actually belonged to McTiernan. The bear makes another cameo in McTiernan’s The Hunt For Red October when Jack Ryan takes the bear home with him at the end of the movie. 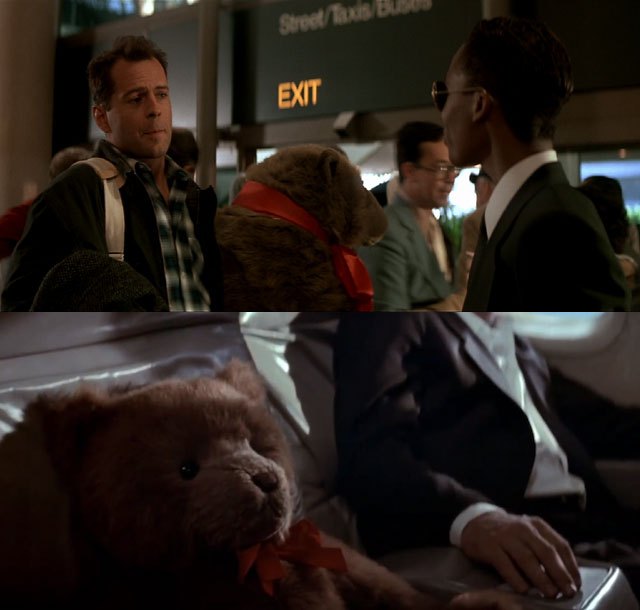 A 380-foot-long background painting provided the illusion of a breath-taking city view in the movie. And it was a state-of-the-art one, too, with animated lights, moving traffic, and the ability to change from night to day.

The painting is still the property of the studio and has been used in other productions since.

In addition to its four sequels, Die Hard has spawned video games and comic books, too.

The line, “Yippee-ki-yay, motherfucker!” has been used by John McClane in all five movies and was voted as #96 of “The 100 Greatest Movie Lines” by Premiere in 2007. 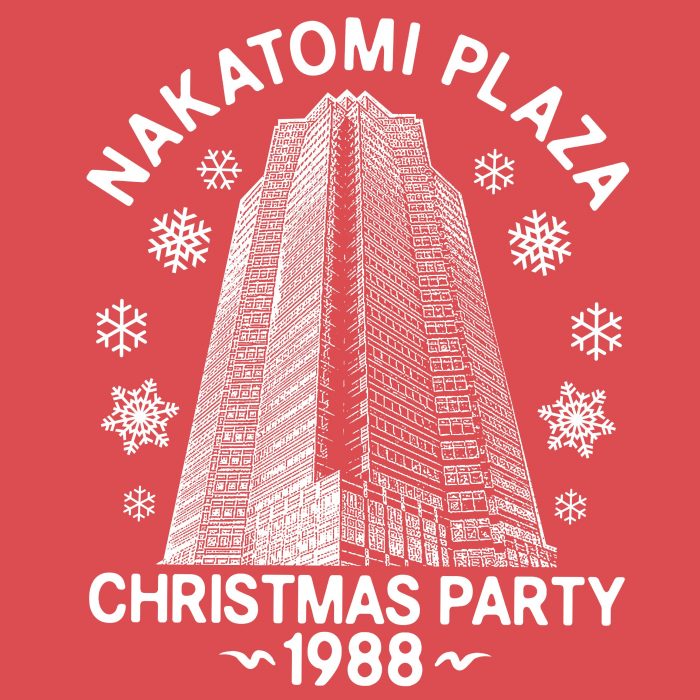