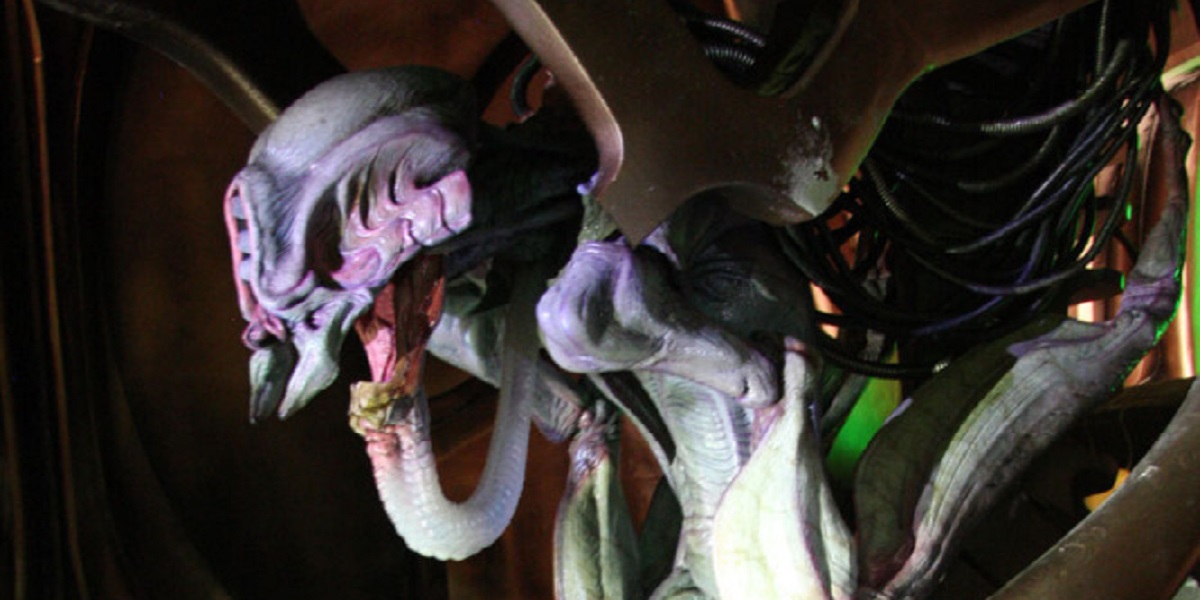 Matthijs van Heijningen’s 2011 The Thing prequel was a flop when it was released in October of that year, much the same way that its namesake film by John Carpenter flopped in the summer of 1982. Unlike the ’82 Thing, however, the 2011 version has largely been forgotten.

When details first came out, the prequel sounded promising; an explanation of what happened to the Norwegian camp in Carpenter’s classic and filmed using all practical effects with computer only for touch-ups. The film did an interesting job of a sort of fan-fiction forensic reconstruction, but sometimes it felt too much of a beat for beat remake of the 1982 film. And the film appeared to have a lot of CG.

The Death of the Resurrection of The Thing: What Happened?

After the film came and went, some video surfaced from the effects company that worked on the film, Amalgamated Dynamics.

Here was proof that great modern practical effects were done for the film. Test screenings resulted in feedback that the film felt too 80s. Practical effects were covered or replaced with CG. This was apparently done to appeal to younger people who prefer their monsters to look like a video game.

But Who’s Gonna Fly It, Kid?

The most interesting question the video brought up was, what is that pilot creature? The answer was provided by Amalgamated Dynamics co-founder, Alec Gillis (from an interview provided to the great Monster Legacy):

The Pilot was the Thing perfectly replicating the species of aliens that built the saucer. It was replaced after a screening that apparently confused viewers as to what the Pilot was. It was felt that, since the audience had only been shown iterations of the Thing that were asymmetrical, split open and grisly, to present a creature that looked like it evolved through normal biology was a violation of what had been seen in the 2011 film as well as the John Carpenter film. It was then decided that the Thing in the climax needed to be more ‘Thing-like’. We designed the Sander-Thing as a maquette that was scanned and animated.

So the pilot was The Thing in disguise. The original pilot crashed the saucer when it turned out one of the alien specimens it had collected was The Thing. In the finished film, the pilot was covered up in CG Tetris blocks to look like some kind of alien computer. The Thing-as-pilot was completely hidden and replaced with an inferior CG monster.

There were plans for a scene finding massacred remains of alien creatures inside the saucer, a mirror to finding the Norwegian camp in the 1982 film. Due to the cost concerns the scene was never shot.

The End Of All Things

These missing scenes may not have saved the film from being a shadow of John Carpenter’s film, but it would have been notable for using state of the art practical effects in a modern studio film. It also would have provided clearer information on why the saucer crashed. In a prequel that really just shows us what we already know, the pilot concept would have been something new.

Be sure to check out the full article at Monster Legacy with more info and quotes from director, Matthijs van Heijningen and Amalgamated Dynamics other co-founder, Tom Woodruff Jr.