What’s The Movie About?

Once Upon A Time in Hollywood, set to the backdrop of 1969 Los Angeles, around the time of the Charles Manson murders, follows a television actor and his stunt double as they embark on an odyssey to make a name for themselves in the film industry.

Its scope looks to be wider than solely focusing on the Manson Murders. It is not a biopic on the cult leader and serial killer Charles Manson, and actually, the Tate murders look to be more of a backdrop to the story.

Tarantino described it in a statement as:

“The story that takes place in Los Angeles in 1969, at the height of hippy Hollywood.”
“The two lead characters are Rick Dalton, former star of a Western TV series, and his longtime stunt double Cliff Booth, both are struggling to make it in a Hollywood they don’t recognise anymore. But Rick has a very famous next-door neighbour … Sharon Tate.”

“I’ve been working on this script for five years, as well as living in Los Angeles County most of my life, including in 1969, when I was seven years old. I’m very excited to tell this story of an LA and a Hollywood that doesn’t exist anymore.”

It will be Quentin Tarantino’s 9th feature-length directed film, and his first movie not to be associated with The Weinstein Company, after Tarantino cut ties with Harvey following the sexual abuse allegations back in October 2017.

Instead, the film is a joint British-American venture, produced by Columbia Pictures, Heyday Films and Bona Film Group, and is scheduled to be released on July 26, 2019.

Once Upon A Time in Hollywood, will be separated into thematic chapters, similar to Pulp Fiction, and filming is currently well underway.

It boasts a huge and talented cast, so we’ve taken some time to break down who’s who and what to expect.

Leonardo DiCaprio is cast as Rick Dalton, an actor who starred in the fictional Western television series Bounty Law from 1958 to 1963. 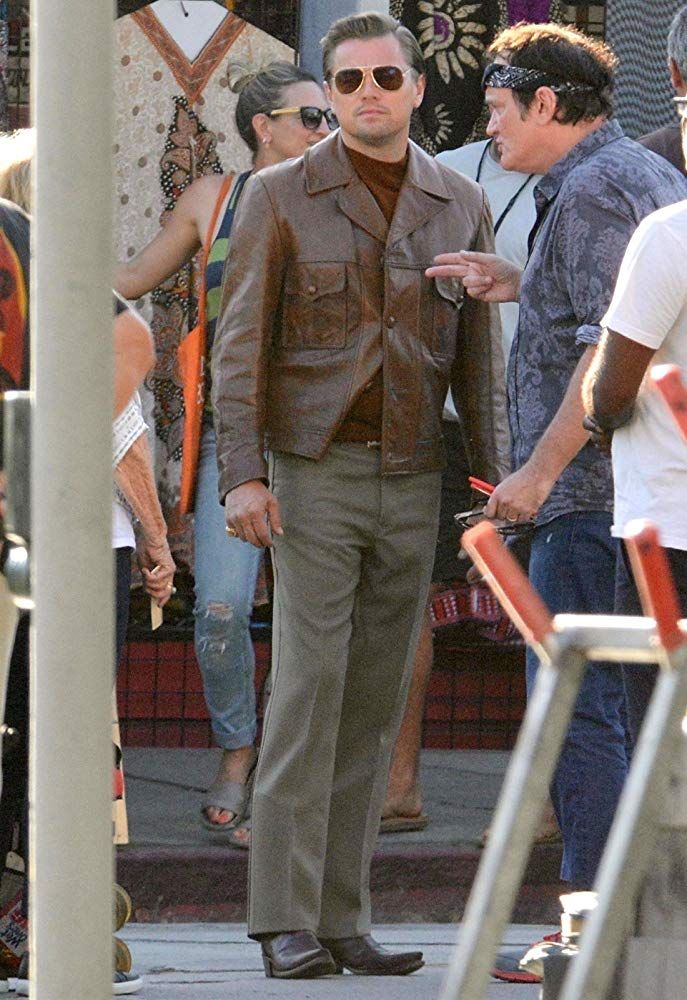 His attempted transition from TV to movies has not worked out and in 1969, he is struggling, doing guest roles on other people’s programs while contemplating moving to Italy, which has become a hotbed for low-budget Westerns. He’s also a neighbour of Sharon Tate. 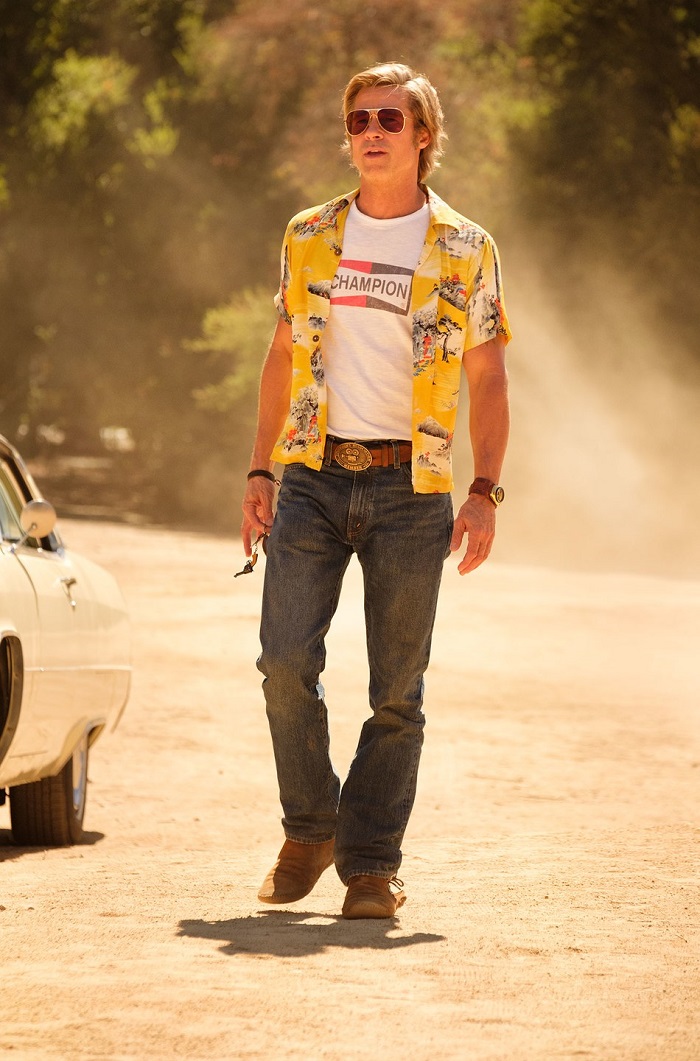 Although both fictional, it’s rumoured the characters are loosely based on Hal Needham and Burt Reynolds. 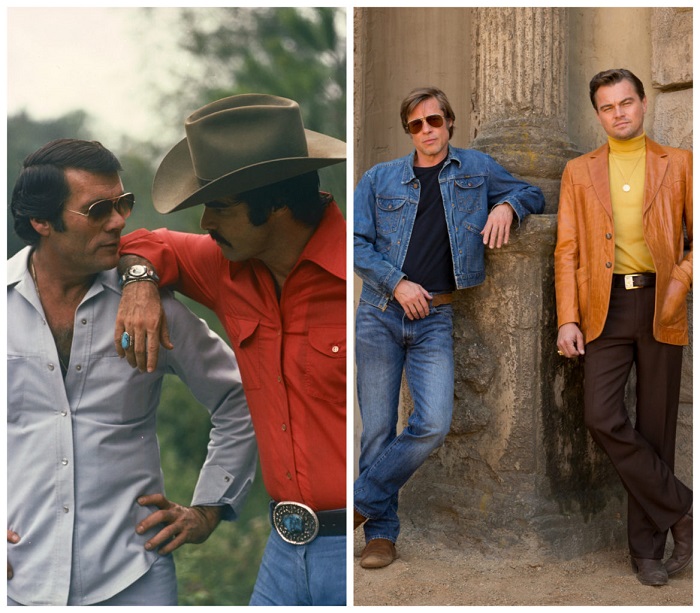 After months of speculation about who Tarantino would cast as Charles Manson, Justified actor Damon Herriman landed the role. 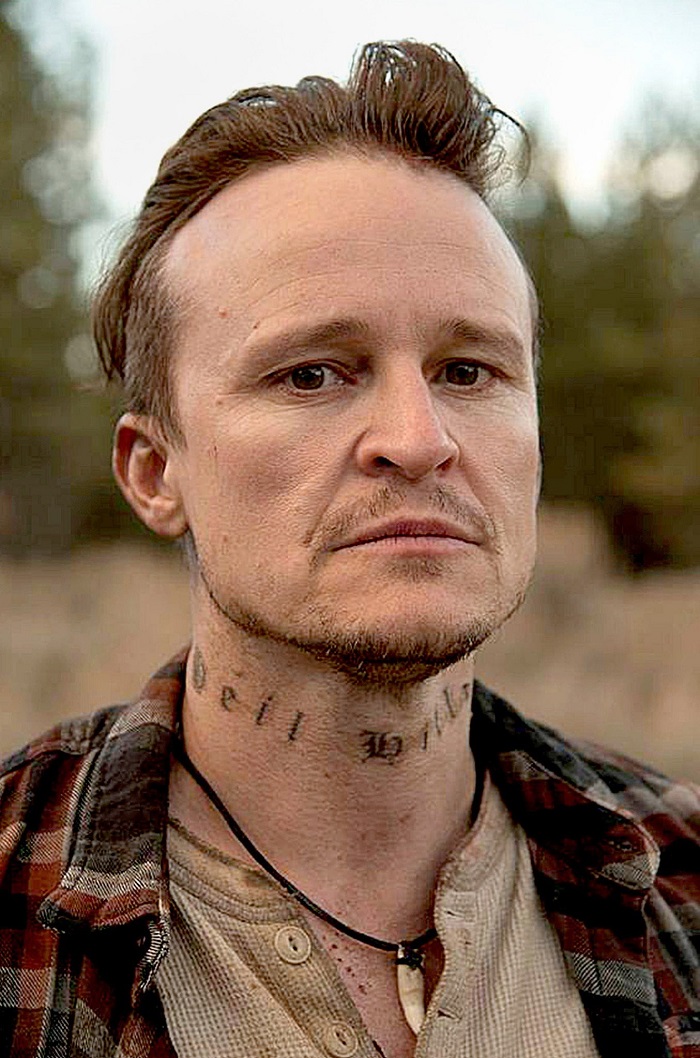 The infamous leader of the Manson Family, who ordered the murder of Tate and her friends. Following his trial, Manson was originally sentenced to death, but the sentence was commuted to life with the possibility of parole after California invalidated the state’s death penalty statute in 1972.

He served out his life sentence at California State Prison and died at age 83 in 2017.

Bruce Dern will play the 80-year-old nearly blind man who rented his Los Angeles ranch out to be used as a location for Westerns. However, by the late 60s, the buildings had deteriorated and the ranch was earning money primarily by selling horseback rides. 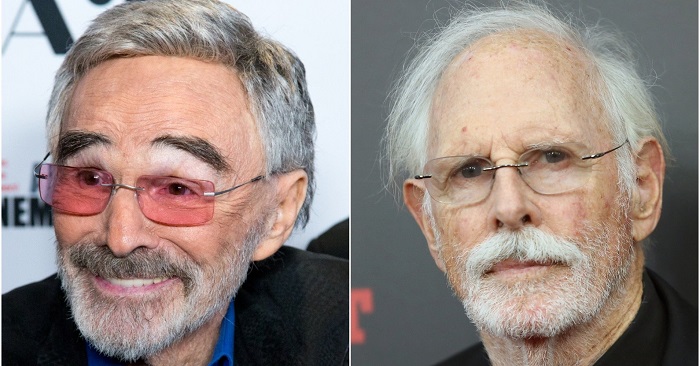 Manson convinced Spahn to allow him and his followers to live on the ranch, in the months before they murdered Tate and friends.

In exchange for rent, Manson coerced his female followers into having sexual relations with the ranch owner and serving as his seeing-eye guides.

Burt Reynolds was initially cast in the role but died before his scenes could be filmed. 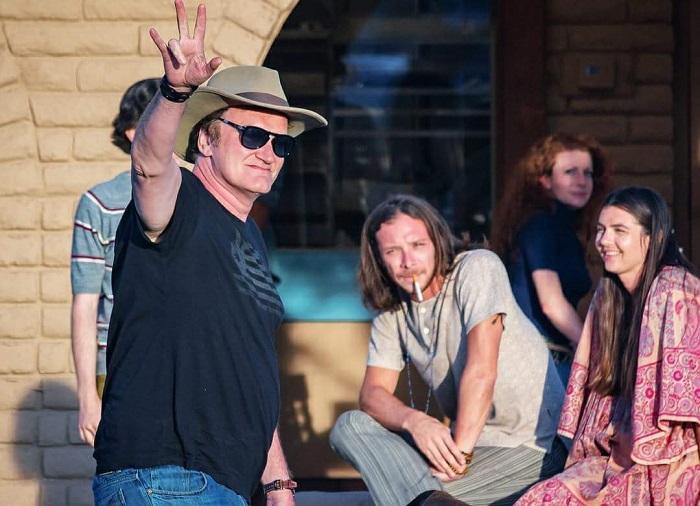 Austin Butler plays Charles “Tex” Watson, a central member and Enforcer of the Manson family who, alongside three other members, ensured Manson’s instructions were carried during the Tate murders.

Dakota Fanning as Lynette “Squeaky” Fromme, a member of the infamous Manson family who got her nickname while living on George Spahn’s ranch. Spahn, began calling her “Squeaky,” after the sound she used to make whenever he touched her. 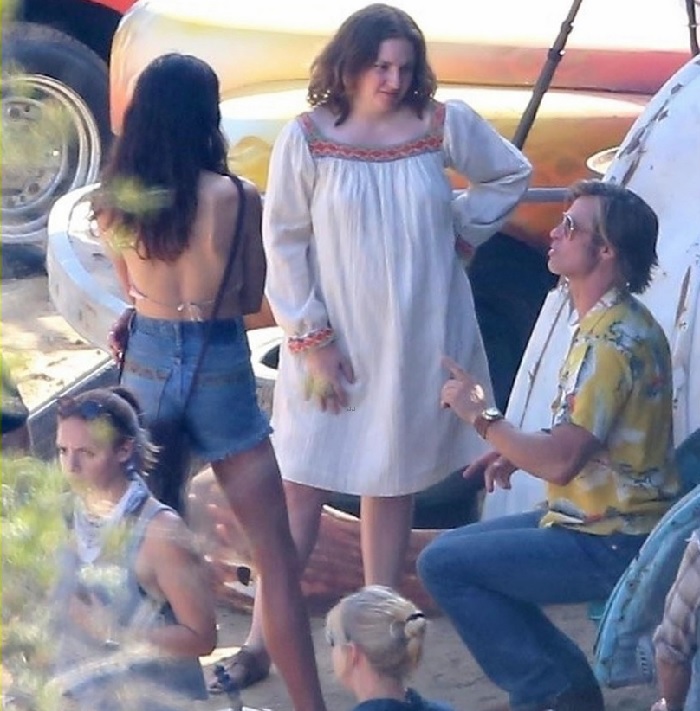 During the Second World War, her parents were part of an anti-Nazi underground movement in Paris and killed themselves in an act of defiance against the Nazis.

While neither women were involved in the murders, Share and several others were charged with conspiracy to attempt to dissuade a witness from testifying when they tried to give Barbara Hoyt, a Manson family member, a lethal dose of LSD so that she couldn’t testify against Manson.

As for the remaining family members who acted as accomplices, Susan Atkins, Linda Kasabian, and Patricia Krenwinkel, their casting has yet to be confirmed. 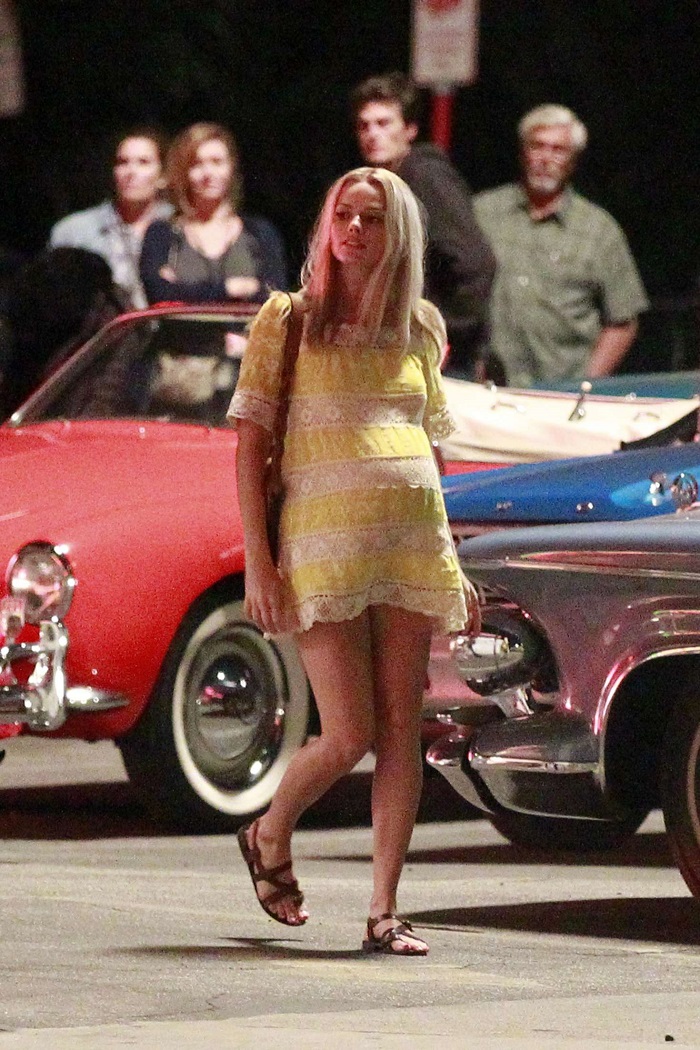 Robbie did not consult with Polanski in preparation for the role but did read his 1985 autobiography Roman by Polanski. 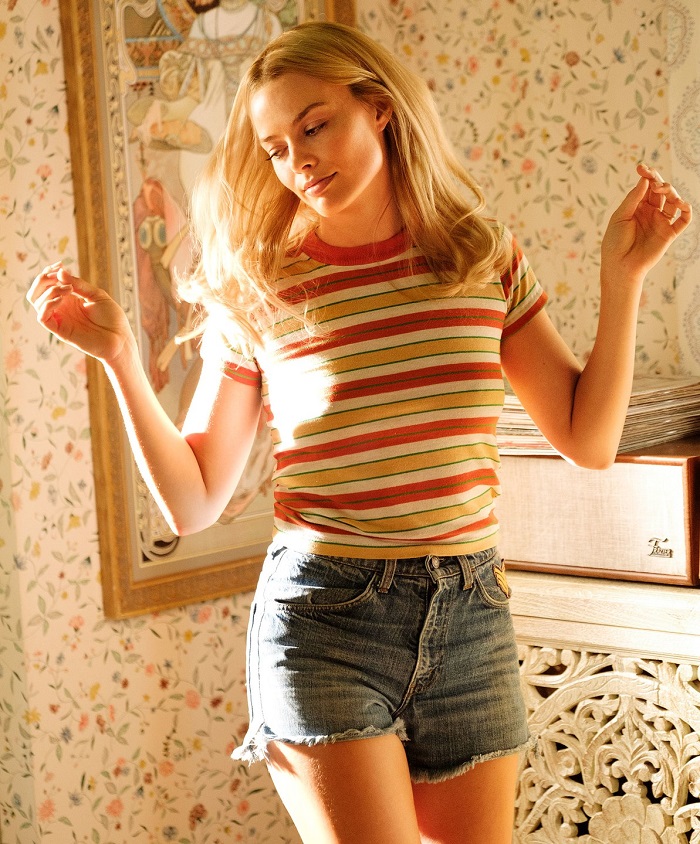 Emile Hirsch as Jay Sebring, a Hollywood hairstylist and friend of Tate who was murdered.

Samantha Robinson as Abigail Folger, an heiress to the Folger coffee fortune, murdered alongside her lover, screenwriter Wojciech Frykowski, who is played by Costa Ronin.

No word on the casting of the final victim, caretaker Steven Parent.

Timeline Leading To The Murders

Manson and his family had been living in Wilson’s house at 14400 Sunset Boulevard after Wilson had picked up hitchhiking Manson family members Krenwinkel and Ella Jo Bailey.

Wilson expressed interest in Manson’s music and even recorded two of Manson’s songs with the Beach Boys. For a time, Melcher was interested in recording Manson’s music as well as making a film about the family and their hippie commune existence.

Manson met Melcher at 10050 Cielo Drive, the home Melcher shared with his girlfriend, actress Candice Bergen, and with musician Mark Lindsay. Manson eventually auditioned for Melcher, but Melcher declined to sign him.

There was still talk of a documentary being made about Manson’s music, but Melcher abandoned the project after witnessing Manson getting in a fight with a drunken stuntman at Spahn Ranch. Both Wilson and Melcher severed their ties with Manson, a move that angered Manson.

Not long after that, Melcher and Bergen moved out of the Cielo Drive home. The house’s owner, Rudi Altobelli, then leased it to Polanski and Tate.

The murders were largely a case of ‘whoever was there’, and not targeting of Tate and the others specifically. Parent, in particular, was a sort of collateral damage, as he wasn’t even in the house.

Rafal Zawierucha will portray filmmaker Roman Polanski. The controversial, Oscar-winning director of The Pianist and Rosemary’s Baby, Polanski was married to Tate when she was murdered by Manson’s followers. 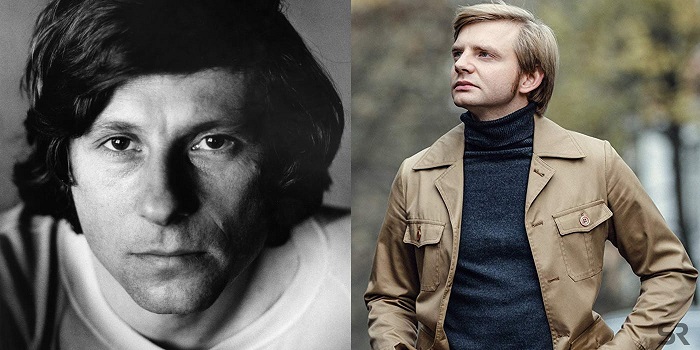 Years later, Polanski was charged with drugging and raping a 13-year-old girl, and eventually fled the U.S. after pleading guilty to a lesser offense that would have sent him to prison.

Bruce Lee will be played by Mike Moh in the film. As for Lee’s connection to the Manson Family Murders, the martial artist served as a trainer for many of Hollywood’s actors and actresses during the 60s, including Polanski and Tate.

He choreographed fight scenes for The Wrecking Crew, which starred Tate.

Following the Tate murders, Lee attended her funeral and was also privately investigated as a suspect in the killings. 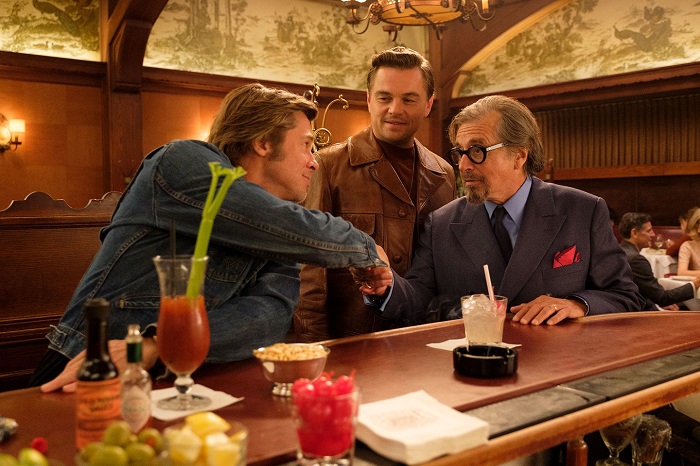 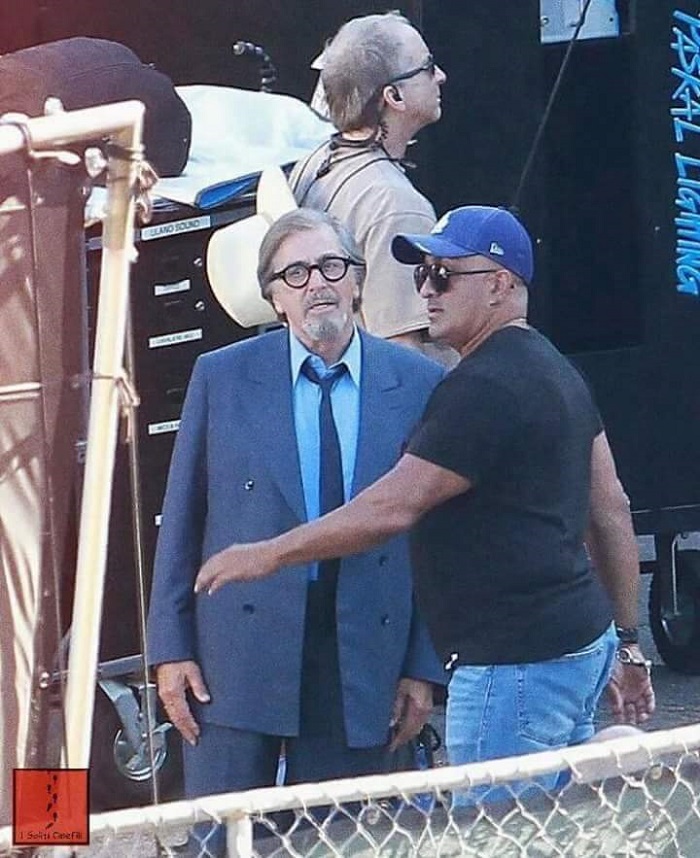 Damian Lewis as actor Steve McQueen, a friend of Jay Sebring, who was invited by him to Tate’s home for a dinner party the night of the Tate murders, but got coaxed out of it by his partner.

When he wrongly figured he was on Manson’s “death list” he began carrying a gun around with him at all times. 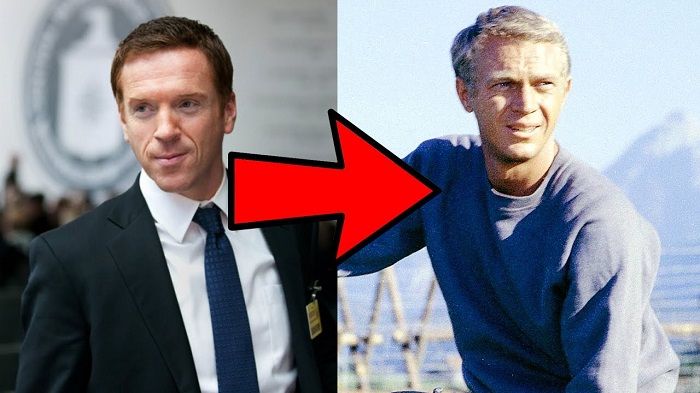 Luke Perry as Wayne Maunder, an actor who co-starred on the western television series Lancer.

Nicholas Hammond as Sam Wanamaker, an actor-director who, in 1969, began a campaign to rebuild Shakespeare’s Globe in London.

Spencer Garrett as Allen Kincade, the television personality and interviewer to Hollywood’s elite.

Rumer Willis as Joanna Pettet, an actress and friend of Tate, who had lunch at her home only hours before the murders took place.

Dreama Walker as Connie Stevens, an actress who lived near Tate. 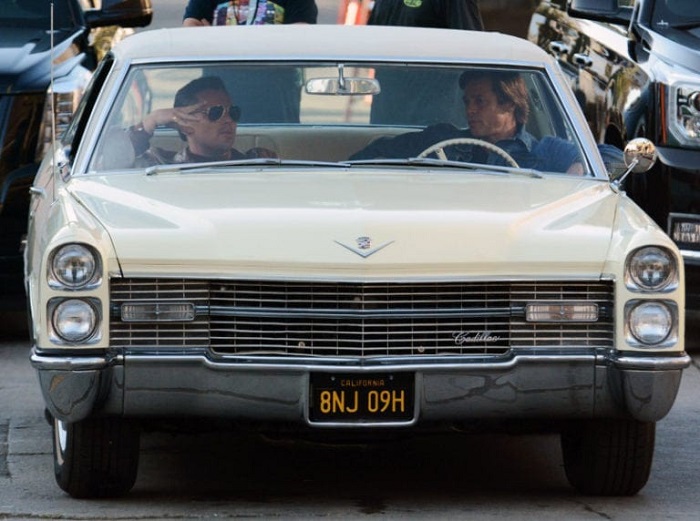 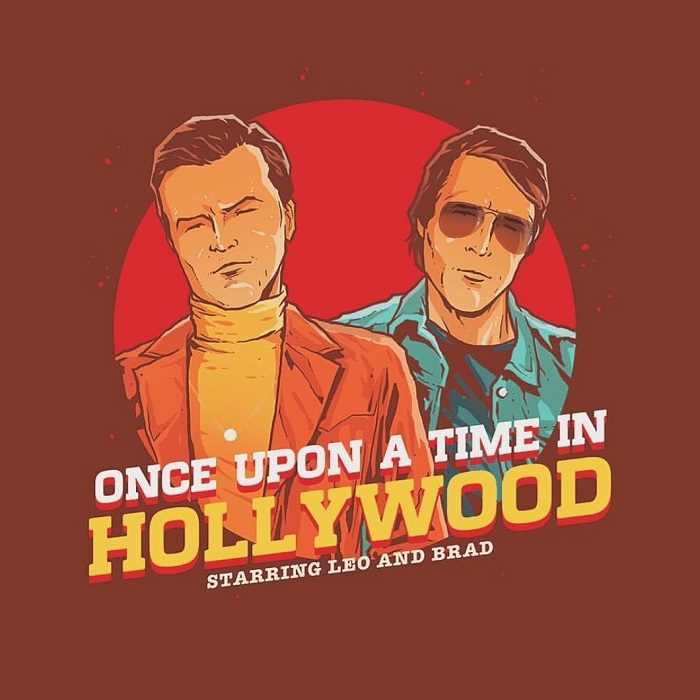