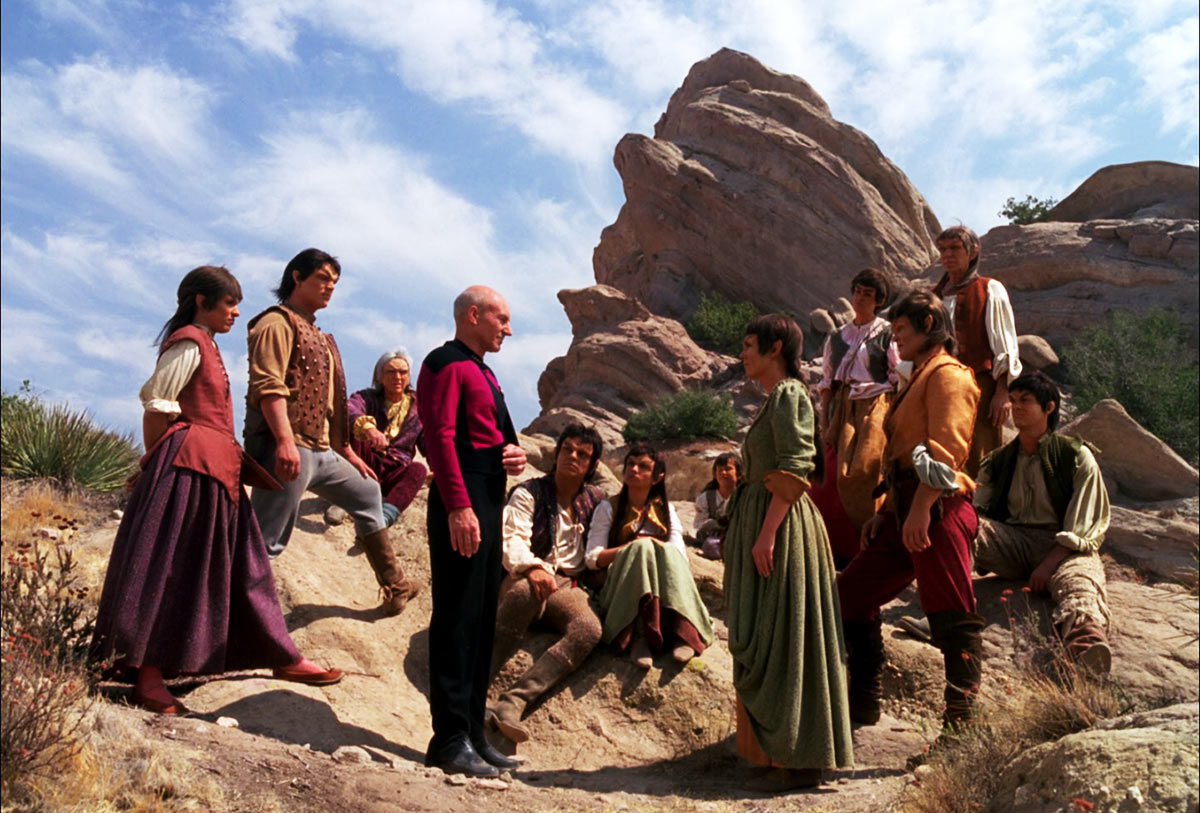 How Do You Know These Rocks? From TV, Of Course!

Universal Pictures in 1935 assigned Stanley Bergerman as the executive producer of Werewolf of London. Bergerman suggested to use Vasquez Rocks to play Tibet. Since then the location as been in movies, television shows, and film/print commercials.

The rock formation prominently in the 1950s and 1960s in western TV shows that were popular in that time.

Showing up in shows like Outer Limits and multiple episodes of Star Trek (acting as multiple planets), the Rocks were just the science fiction scene-scape needs to ignite the imagination.

My first exposure to these rocks was in 1993 with The Mighty Morphing Power Rangers. The giant rock formation served as home base for the Rangers and Zordon. As a kid and on t.v. these rocks looked massive. But again the rocks looked not earthly.

Flintstones used the location for Bedrock in the 1994 Flintstones movie, building a full town on the site.

Since then Vasquez Rocks have been used in Big Bang Theory, Westworld, New Girl, Teen Wolf, the new Star Trek movies, Hail, Caesar, and much more. If you watch television or movies you’ve seen these rocks.

The formation was created 25 million years ago when collision of tectonic plates uplifted along fault lines. It’s mainly course-grained conglomerate and breccia sediment. This is all really scientific and Wikipedia does a better job explaining than me.

Here’s what you need to know: land smashed together a long time ago and created a really pretty place. I felt like I needed to give some scientific background (because science fiction is science at the core).

Multiple Native American tribes lived in this area and around these rocks.

The rocks got their name after Tiburico Vasquez, one of California’s most notorious bandits, used these rocks to hide out from law enforcement between the years 1873-1874.

In 1972 Vasquez Rocks were added to the National Register of Historic Places because of the cultural significance as a prehistoric site to the Shoshone and Tataviam people.

The Actual Hike and the Good Stuff

Does it feel like I’m giving a lot of history and not a lot of passion? These rocks are so historical and significant to so many people I feel like I need to give you that history lesson. To get to Vasquez Rocks you first need get to California, then you get to Highway 14 and into Agua Dulce (yep sweet water in Spanish). You will see signs on the freeway to get to it (and in all fairness you will see the rocks from the freeway.). The directions are fairly straight forward. You will follow the signs until you get there, driving by some ranches and studio ranches.

After you go see the goodies at the visitor’s center, you get to hike. The park has 932 acres of land with trails to go through it all. If you want to see Vasquez Rocks, you will see the signs. It’s about a mile and change hike to Vasquez Rocks and her sister rock formation Friday’s Child. It’s kind of hilly and you need to watch out for rattlesnakes (not kidding. I wore knee socks), but it’s not a horrible hike. Kids can hike it.

Once you get to the rocks coming from the visitor’s center, on your right is the famous rocks. You know them. They are about 153 feet high at their highest and you can explore them up as high as you can hike (I didn’t because I’m clumsy and I was alone). On the left hand side is a really awesome rock formation called Friday’s Child.

I know Vasquez is iconic and dramatic with the sharp angles it jumps out of the ground at, but honestly I think Friday’s Child is more beautiful. But that’s me. Here you can set up a picnic, stage a sci-fi western photo shoot, whatever.

This hike is very manageable for someone out of shape or isn’t in the best shape. I packed my inhaler and a bottle of water. I wore new hiking boots, because I am an idiot.

Part of the Vasquez Rocks trail is also part of the Pacific Crest Trail, which is a legendary 2659 mile trail that goes from Mexico to Canada/British Columbia. Legendary. If you saw/read/heard about Wild that’s the hike the woman used to hike her crazy out.

My Personal Journey To The Rock

I’ve had Vasquez Rocks and seeing these rocks on my “bucket list” since I was 19.

I’ve wanted to see them and hike around them. They were so beautiful and mysterious I was drawn to seeing them. I figured I grew up seeing them, I should go visit them. Hiking at least part of the Pacific Crest Trail was also on the bucket list. But you guys know how it is, you put things off for a “better time.”

Two years ago my mentor at work died suddenly.

She was 55 years old. She had a full list on her bucket list, and kept putting things off until a “better time.” Excuses like “when I lose weight I can wear that,” or “when I retire.”

This really shook me to the core.

Two months later I boarded a cruise boat out of Vancouver BC, headed to Southern California to see my folks. I packed a bikini (because bucket list!), I began to check things off my bucket list. I road-tripped up California, Oregon, and Washington by myself (bucket list!), and did a pit stop to see these rocks. They were on my list for so long, I needed to see them.

Up Close They Are Smaller

They jut out of the earth at a 50 degree angle and you wonder how they can stay that way for 25 million years. They are gorgeous. I really felt small in the universe because (and I’m sorry if this offends anyone) God created these fantastical rock formation that have beauty and grace.

But then again if God created these rocks and created me (and all of us), there is something kind of magical and awesome in that. Maybe it was just me and the head space I was in. I cried. Walking even the smallest part of the PCT you feel part of something bigger. All the men and women, who have hiked where you are, what head spaces they were in…

It is really just a cool experience that I hope anyone who reads this and has wanted to see these rocks: please do. They are a part of film and television history, and just awesome.