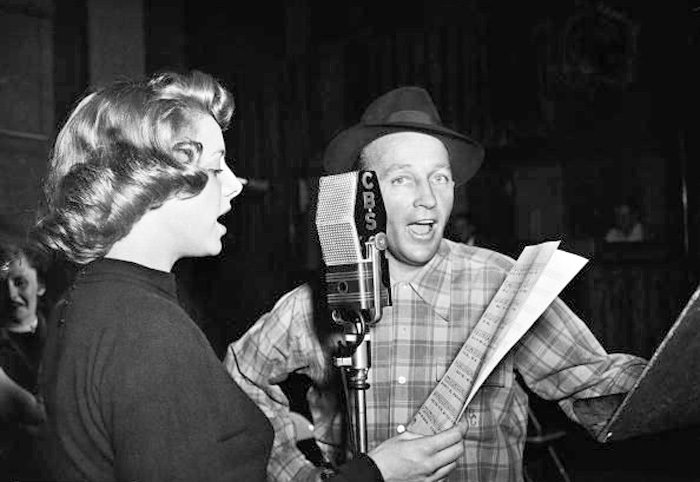 On this day of May the 3rd way back in 1903, film star and world-famous singing sensation Bing Crosby was born.

Bing Crosby was a hugely popular star of the screen and radio to the WW2 generation. His singing voice and style was and is still instantly recognizable. He also starred in close to 746 Road To… movies with fellow entertainer, Bob Hope.

Bing is probably best known for his recording of “White Christmas,” a song so popular at the time that it was sung by Bing in three separate Christmas movies. It has since gone on to become the definitive background music for reflectively staring at your Xmas tree on Christmas Eve.

It has also been alleged that Mr.Crosby was a Mommie Dearest-level abuser of his children.

Bing later went on to have a bit of a career resurgence, becoming well known to another generation of people, when he briefly dated David Bowie in 1974. It was his Thin White Christmas period.