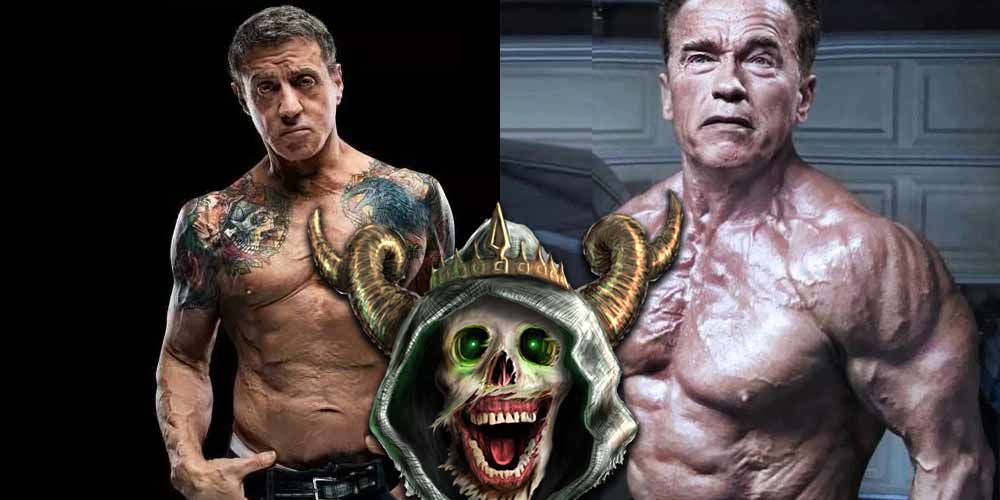 Schwarzenegger decided to poke fun at Stallone while visiting with the intellectual sphincter known as Jimmy Kimmel. He shared that story of how he tricked Stallone into doing Stop! Or My Mom Will Shoot.

Everyone who has seen more than 10 movies in their life knows about this story, but somehow it got some buzz again.

“Stop Or Your Grandmother Will Beat Your Ass.”
— A tribute to @Schwarzenegger https://t.co/KM0qLvJFM9 @jimmykimmel @JimmyKimmelLive pic.twitter.com/QnmeCaMX3g

This is why I have always been more of a Stallone fan. He makes a lazy joke here, but can Arnold even think of a joke?

Sure, Arnold is probably more likable.

That is due to his unflinching confidence and lovably low-IQ.

Man alive… these guys both look like they are falling apart though.

It wouldn’t be bad at all if they just let themselves age. Stop forcing the plastic surgery. Let it happen, aging is natural.

But we live in an era of liches and actors are not allowed to get old anymore. Traditionally as actors aged they would move on to roles that better reflect their appearance. I feel like an insane person saying something so obvious.

But being old isn’t allowed anymore. You must get surgery. You must take steroids.

This opens up their options to play more mature characters, or even play the classic supporting mentor. Having these 70-year-old dudes still running around punching people is terrible.

Sly recently went that way with Creed. Finally. No more The Expendables, please.

Getting old is okay.

Just stay away from me, all you old dudes always smell like ass or weird mints.