On a fine day on the first of May way back in 1939, issue #27 of Detective Comics was published, featuring the very first appearance of none other than The World’s Greatest Detective: Batman. 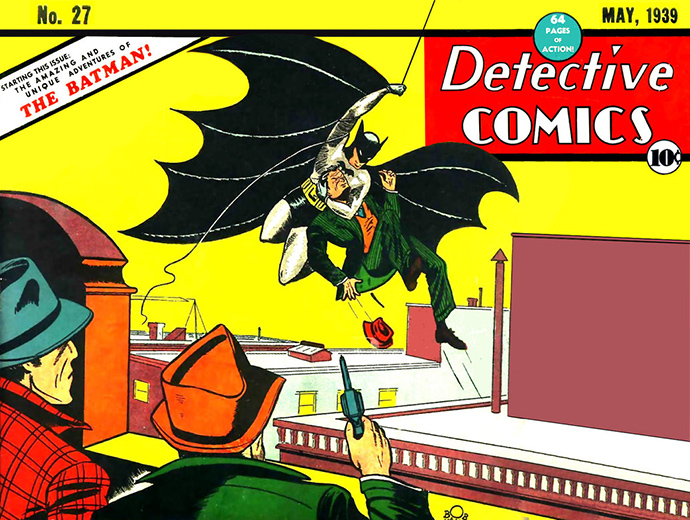 The brainchild of artist Bob Kane and writer Bill Finger†, Batman was created as a response to a call for more superheroes in the wake of the increasing popularity of Superman. And over these last 79 years, Batman has gone on to become a genuine cultural phenomenon and industry unto himself, generating $494 million in global licensing fees, easily beating Superman’s $277 million.

What do you readers think? Is Batman more popular than Superman?

†There is more than a little controversy as to the (lack) of credit attributed to Finger’s contributions to the character. If you’re not already familiar with the story Hulu premiered a documentary last April called Batman & Bill. It’s an interesting watch, with more than passing similarities to the Stan Lee / Steve Ditko relationship. But that’s another story.

Bookmark FilmGoblin.Com to stay in the know.