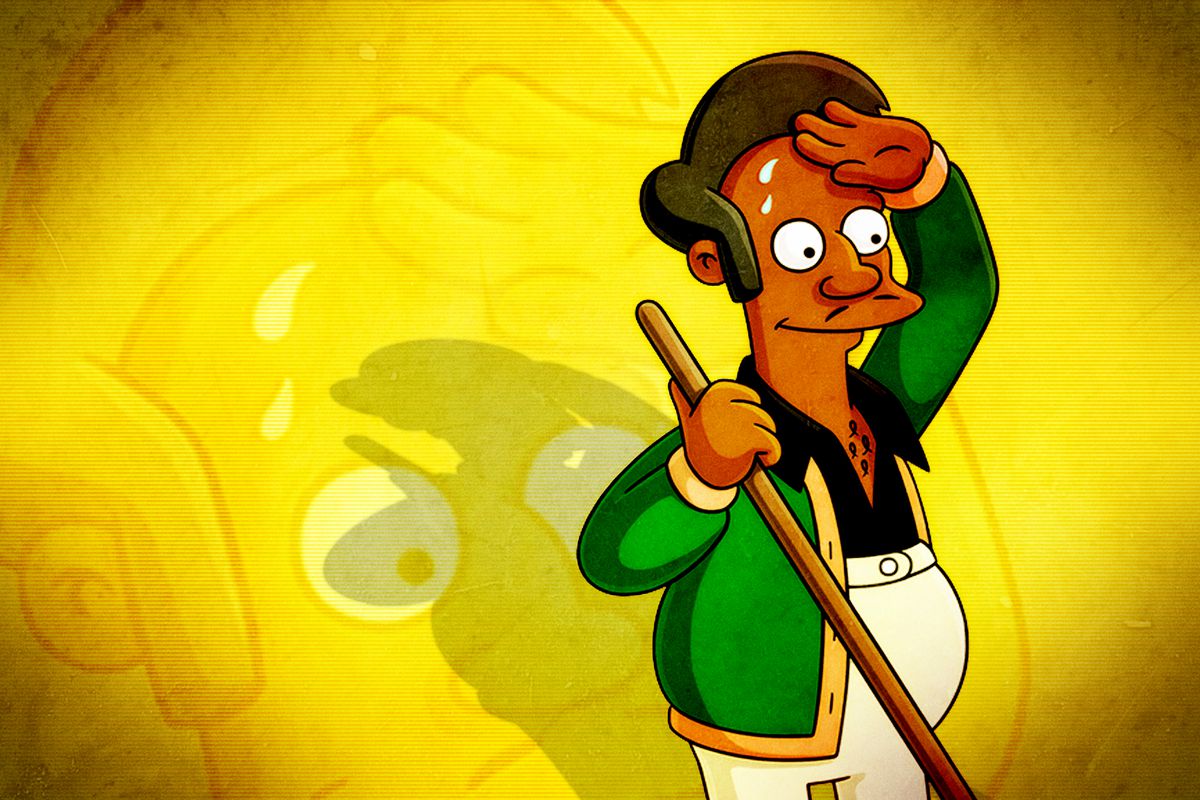 On the April 4th episode of Roseanne, the following joke was made:

Roseanne and Dan, asleep on the couch, wake up abruptly. “It’s 11 p.m. We slept from ‘Wheel’ to ‘Kimmel,’” Roseanne says.

“We missed all the shows about black and Asian families,” Dan responds in an obvious reference to Black-ish and Fresh Off the Boat, which also run on Tuesday nights.

“They’re just like us,” Roseanne says. “There, now you’re all caught up.”

No doubt you can see how racist that was, and why everybody was so offended.

I was watching the show when they did the joke, and I laughed. I found it old-school humorous, consistent with the characters, and a little meta self-deprecating. But I didn’t give it even that much thought at the time. It was just a tight joke, well-delivered, and I laughed.

Well, I should have known better.

As Variety reported, Roseanne was slammed for her “racist” humor.

Cited by Variety and almost every other article written about the dust-up were the tweets of Kelvin Yu, a writer on Bob’s Burgers.

Here's why the Roseanne joke about "missing all the shows about Black and Asian families" matters. At the very least, it's reductive and belittling, as if to say those shows are nothing more than "Black" and "Asian" in their existence. 1/9

This is mind reading at it’s worst.

Or pure projection. And absurd, given the same argument could be made about both shows’ titles. Both Fresh of the Boat and Black-ish are race-centric titles, and involve race-based cliches. How can Roseanne’s joke referring to them as the “Black and Asian families” be reductive and belittling while the shows’ own titles are not?

Even if that weren’t the case, referring to anything in shorthand — like calling Roseanne “that Trump-supporter show” or “that white, poor people show” is not particularly belittling or reductive, it’s just using a shorthand to reference the show.

Given the set-up of the joke—that the shows are about families just like us, and the meta-joke that all the sitcoms are ultimately very similar, even though many people likely think the opposite—the “Black and Asian families” descriptor makes perfect sense.

And they are shows, respectively, about black and Asian families. And Fresh off the Boat often traffics in outright Asian stereotypes and mines them for humor. Black-ish often engages in the short-hand of cliched humor at the expensive of both white people and black people in overtly racial ways. And they often push the “is that racist?” envelope further than Roseanne did, or ever has, to my knowledge.

But the real kicker is when Roseanne says: "They're just like us. There, now you're all caught up." Which implies that the point of any show about a minority family is simply to normalize them. That's it. The stories, the humor, the characters… not important. 2/9

This seems to me to be exactly what Yu is doing — missing the humor. The only important part of the joke, to him, was the racial element. Which seems odd.

Furthermore, this is just more projection and mind-reading. There was nothing in the joke that remotely implied that the point of the shows was to normalize minority families, or that the stories and characters were unimportant. That’s all inferred. It was just a joke and I thought it landed. Maybe others thought differently. In any case, it took up about 27 seconds of the show.

Roseanne is not generally on a mission to diminish or denigrate Blackish or Fresh off the Boat — and that name is not reductive? Really? And wasn’t specifically trying to do so with that joke. It was a joke.

Do I think the characters Roseanne and Dan watch Blackish or Fresh Off The Boat? Of course not. Do I think they'd say something PC about them? Probably not. But the point is, they didn't HAVE to say ANYTHING. They didn't have to write that joke at all. It's not even a joke. 4/9

Also, it was totally a joke. I genuinely laughed at it before I was informed that I was supposed to be offended.

Consider what exactly the audience is laughing at. What exactly is the punchline here? I'll tell you what it is: it's an endorsement of dismissiveness and disregard. It's a familiarity and comfort with the culture of objectifying and demeaning people of color. 5/9

Do You Hear the Dog Whistles Blowing?

This is pure mind-reading. He’s fantasizing that he has some inside track to all this meaning the joke was freighted with. And he doesn’t. He just chooses to be offended.

He’s hearing dogwhistles that nobody blew.

I would also mention that, as a form of self-promotion, this doesn’t hurt him. At all. He’s been quoted in almost every one of the 20 or 30 instances of this story I’ve seen online. Before this I literally had no idea who he was.

I’m not sure everybody whose criticizing the joke is unaware that it was innocuous and possible even funny. It’s notable that Kourtney Kang, who seems awfully caucasian to me, complains in detail about the joke without ever actually quoting the joke.

USA Today reports the joke about the black and Asian family being “just like them” as a “jab”.

Unapproved Humor Is The New Thoughtcrime

Which brings me to the recent kerfuffle with the formerly beloved television series, The Simpsons.

I’d would have liked to have said that critics simply would never, in a million years, go through any of the cornucopia of typical television shows with a largely liberal or progressive cast of characters (and writers and producers) with this kind of fine tooth comb. And, in the past, I’m pretty sure that would have been true.

Moving forward, though? I’m not sure any one is going to be immune from the New Speech Codes.

In short, a recent episode of The Simpsons made a kind of funny joke.

You can watch it here.

After which Hari Kondabolu, who made a movie called The Problem With Apu, asserted the joke was a direct response to his movie. And his criticism went viral.

Being An Offended Minority Gets Media Attention

This identifies another problem with the current phase of the #PerpetualVictim movement—it’s a great promotional tool for people who have a marginally credible case and something to sell. In this case, Hari Kondabolu has a movie about Apu’s allegedly racist nature.

He leveraged this Simpsons episode, and its mildly funny joke about Apu’s clichéd nature, to market himself and his movie.

Hari Kondabolu and his take on the episode’s offensive joke (ostensibly a response to his movie, but I’m not so sure) got picked up and reported by NPR, EW, Time Magazine, The Guardian, Vanity Fair, CNN, People Magazine, The Washington Post, Hollywood Reporter, Newsweek, Page Six, SFGate, Variety and on and on.

They all have a consistent take, and that’s that they need to do something to make up for all the years of “racism” Apu’s stereotypical presence — and his being voiced by a white Jewish person — represents.

NPR’s article on the topic was typical: The Simpson’s To The Problem With Apu: Drop Dead!

In my opinion, Mairead McArdle of National Review delivered the only article that didn’t appear to be parroting Kondabolu’s line exactly. But even they picked it up and promoted him thereby.

I kind of feel like we are moving into an area where humor is going to be subject to more and more scrutiny, and attacked if it dares say anything against common consensus.