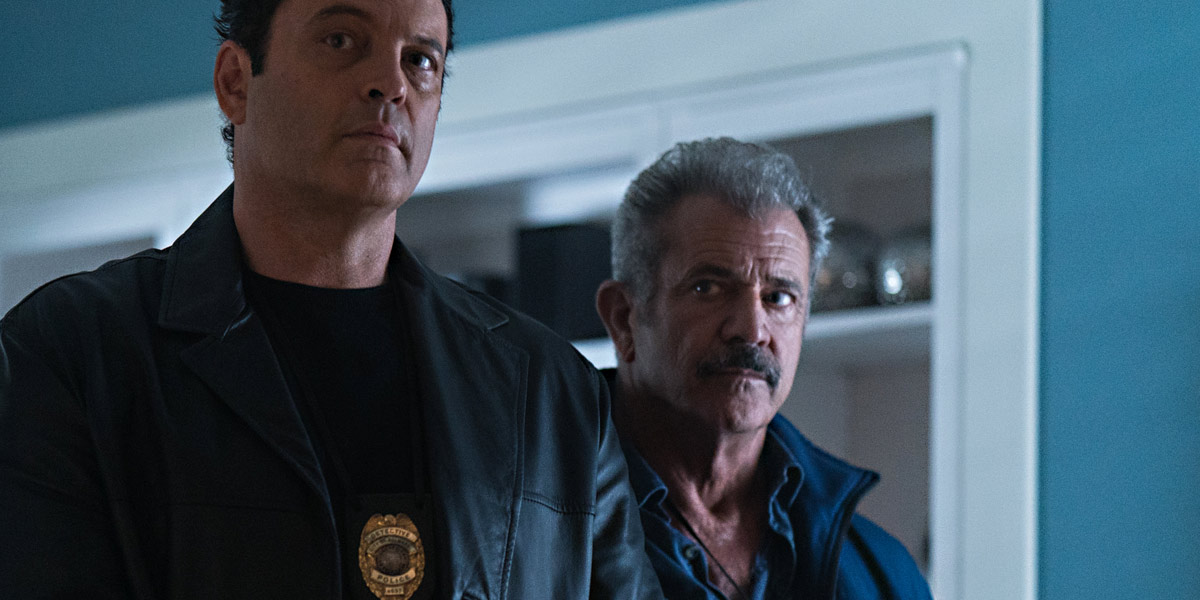 I’m no fan of S. Craig Zahler. Bone Tomahawk (3/5) was a bit of inspired ultraviolence but I struggled to sit through the stagey Brawl In Cellblock 99 (1.5/5).

I think he’s a talented guy who comes up with some intriguing stories but his dialogue is flowery to the point of making the characters not just unrelatable but almost unapproachable. This works in a distant place like the American West but in a modern setting it just bewilders and alienates audiences.

The difference is that Mamet’s characters very rarely tell you directly and explicitly how much of a badass they are. They say something obscure that indirectly lets you know how comfortable they are with action and violence.

Still, It Has Good Genetics

But I’m intrigued about Zahler’s new film, Dragged Across Concrete, because it stars the skilled director — and our fallen idol — Mel Gibson.

Maybe having the director of Braveheart and Hacksaw Ridge on set will give Zahler an extra set of ears to help him chisel away those dialogue bricks before they fall off the screen and clunk me in the head.

The script centers on two policemen, one an old-timer (Gibson), the other his volatile younger partner (Vaughn), who find themselves suspended when a video of their strong-arm tactics become the media’s cause du jour. Low on cash and with no other options, these two embittered soldiers descend into the criminal underworld to gain their just due, but instead find far more than they wanted awaiting them in the shadows.

OK, it will be cool seeing these two guys starring as two rogue cops: 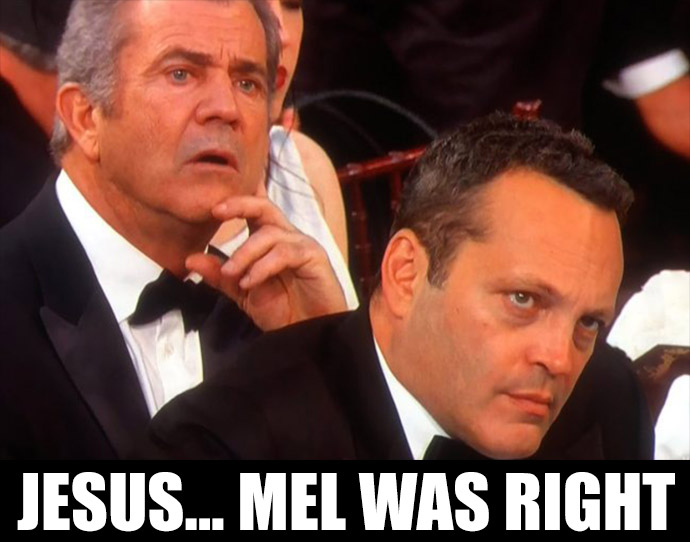 I’m also looking forward to this movie because it is going to trigger apoplexy in all the people that I wish would be given helicopter rides.

And by helicopter rides, I mean choppered five miles offshore, dropped into the ocean from a safe height and made to swim back. Maybe we give them a life jacket, maybe we don’t.

Such an experience would go a long way to putting things into perspective for these people who want us to stop being human just because they never learned how. Example:

Let Me Get This Straight

In a “police brutality movie”, the characters, who are abusive police officers that turn to crime, act in a vile and racist way?

Mr. Stern, haven’t you Helicopter-Kids been pushing the lie of rampant, racist police brutality for at least 10 years now? I think you have.

Let’s have a look at your blog:

And the list goes on and on. Just search “daily beast” + any keyword related to this topic.

So, if my RightThink math is correct you can viciously and endless smear the police as criminal racists on your failing blog but no one can portray the same in a movie. 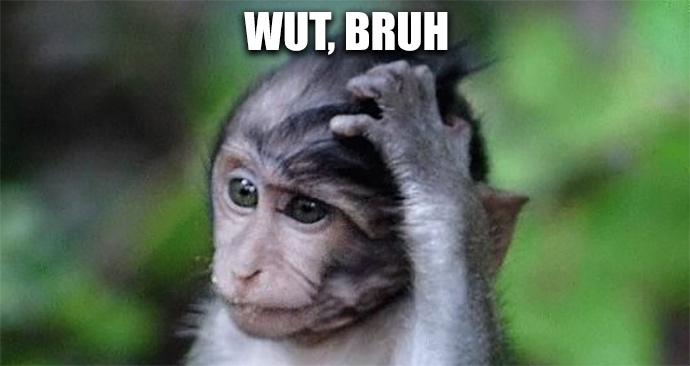 Maybe This Is Just A Bad Apple?

Rotten Tomatoes seems to support that it might just be a few corrupt reviewers making the whole Critic Department look bad.

However, a closer examination of the reviews reveals the current list is made up nearly entirely of professional, movie-centric publications like Hollywood Reporter, Roger Ebert and Indie Wire. These critics are forced to critique cinema in a more sophisticated way because their audiences have a much deep understanding of filmmaking.

Even Birth.Movies.Death. gives the film a good review, going as far as to call it “an idiosyncratic cop movie masterstroke.”  😯

But once other rags in the vein of The Daily Beast publish their reviews we will definitely see a deliberate attempt to castigate, smear and attack Dragged Across Concrete as something that is only loved by racists, sexists, the far-right, extremists, etc.

Since their audience of Culdesac Cathys and casual millennials thrive on virtue-signaling and manufactured outrage, these mommy blogs will not attempt to contextualize the movie in any way. It will just be Mel Movie Bad.

And that is a good thing. 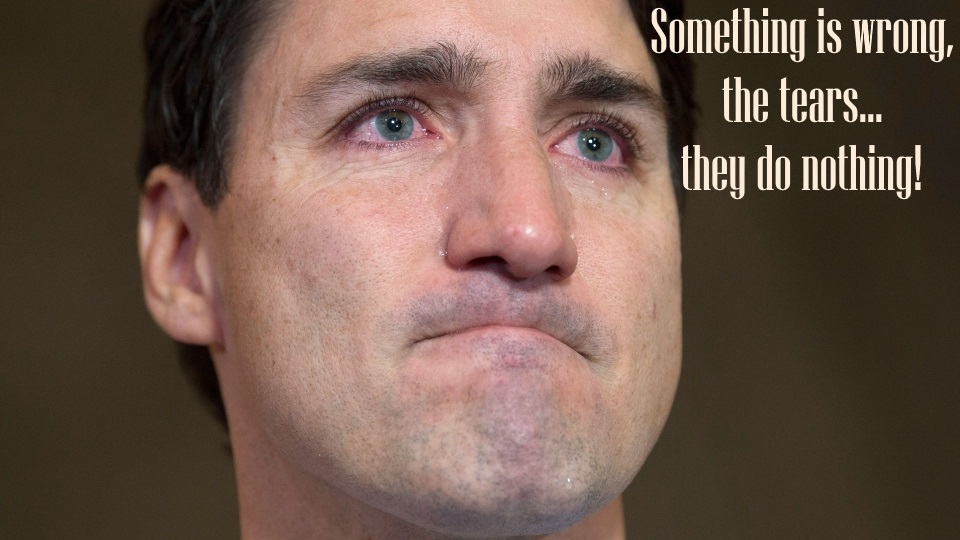 We Will Bask In The Glory Of Their Tears

There is no trailer yet but I do have something that might get you pumped for DAC.

Haha! This may be the movie that finally shuts down the Internet.

Dragged Across Concrete opens in the UK April 19, 2019. It does not have a North American release date yet. 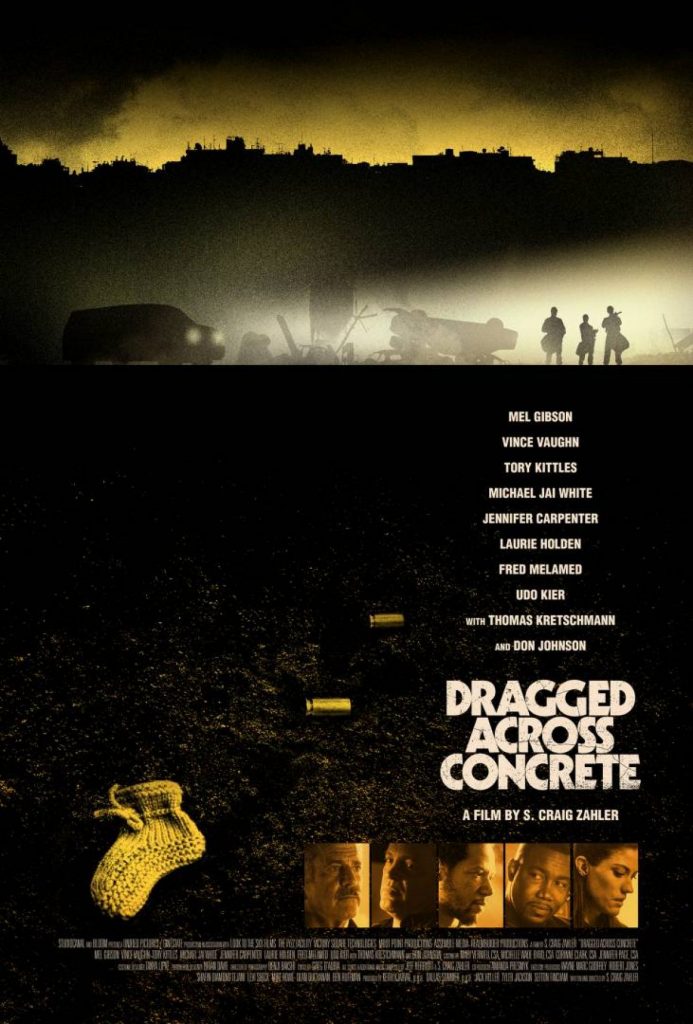