This is All Going to Look Different

It doesn’t matter how many ways you look at it, the early financial returns on the 2020 box office are absolutely abysmal and apocalyptic for the movie industry.

And for all the ancillary industries that ride along the coattails of the movie and film industry, including celebrity culture, streaming services, and even mainstream and genre “news” and opinion reporting.

If you don’t believe us, check out this: The box office for 2020 right now is being “dominated” by the following films: Bad Boys for Life, 1917, Jumanji: The Next Level, Rise of Skywalker and Sonic the Hedgehog are the top grossing films of 2020 so far. And the only one released in 2020 was that Will Smith claptrap.

And we won’t even talk about the stuff that’s lower on the list, like Frozen 2, Knives Out, and the only other true 2020 release to date, Harley Quinn.

There are three ways to behave in a crisis:

Right now, there are four key areas to the entire movie industry that are engaging in a combination of the first and the second option with almost no consideration—or discussion—of the third option.

We don’t get anywhere in the future with options one and two. Instead, future proofing is the way forward as the paradigm shift of mass entertainment continues to play out.

The problem with celebrity as the primary driver for entertainment in a space of social distancing, mandatory quarantine orders and with the two epicenters of celebrity, New York and LA, now being hardest hit, is that the only way too maintain celebrity is too be either outrageous (i.e. Tiger King) or die from coronavirus.

Here is a short list of the “tone-deaf” nonsense our celebrity culture is currently engaged in around COVID-19 quarantining:

…when Pharrell Williams asked his followers to donate to aid frontline responders, they virtually grabbed him by the pants and shook him upside-down, telling him to empty his own deep pockets. Kristen Bell and Dax Shepard have been “outed” as landlords. As Ellen DeGeneres lounged on her sofa, video-chatting with famous friends, the comedian Kevin T. Porter solicited stories from service workers and Hollywood peons who had experienced run-ins with DeGeneres, whom he called “notoriously one of the meanest people alive.”

Celebrity isn’t going to go back to the fawning expression of endless watching it was before the public health scare.

Instead, the prediction is probably accurate that the most famous celebrities will be the ones who stayed out of the public eye, stayed quiet, and stayed at home without fanfare.

The second place where the paradigm will shift is with streaming services. This year was supposed to herald the launch of at least five streaming services, from HBO Max all the way to Peacock from NBCUniversal.

With people trapped inside their houses, behind devices, binge-watching anything to escape their families, streaming services should be doing well. The fact is, there is now a rise in the online purchase of, get this, board games.

…If there’s a serious problem that streaming services are going to face in 2020, it’s saturation. There’s simply too many platforms vying for the dollar in your pocket.
Spreading media content across numerous services could also lead to a problem that many thought had been all but eliminated: piracy.

According to reports, usage of BitTorrent, a popular file sharing service, is on the rise, and many are blaming streaming exclusives.

Plenty of consumers may prove willing to subscribe to multiple services to access all the content they want. But maybe not. Research from YouGov suggests that the sweet spot for monthly streaming services is $1 (unlikely) to a maximum of $20 – the cost of two to three subscriptions, tops.

It seems that things have now come full circle, and juggling the content and cost of these services is no longer as convenient.

Since the launch of Quibi, that streaming service that provides the viewer with 10-minute long “shows” at the low price of $4.99 per month, has been greeted with barely a moment of applause or much fanfare, the prediction here is clear: Streaming services will retrench, familiar players will dominate because they owned the market before this current crisis, and there won’t be much in the way of streaming services funding or launching for at least another two years.

Theaters are the most hardest hit by the presence of coronavirus and there will be bankruptcies across the entertainment spectrum, even if the movie house portion of the industry can even get some of that government money that Uncle Sam is throwing around right now.

Loop Capital analyst Alan Gould wrote that he expects one quarter of movie theater screens in the US will close in the aftermath of the pandemic. Since mid-March, the virus has caused the temporary closure of nearly all of the country’s 40,000-plus screens, and studios’ delay of premieres for a slew of summer blockbusters.

AMC, which has reportedly hired law firm Gibson Dunn & Crutcher to advise on a possible restructuring, has signaled it’s ready to negotiate major breaks on rent. A recent letter from senior VP Daniel Ellis informed landlords it would stop paying rent in April after shuttering its 630 US theaters on March 17 and furloughing 25,000 workers.

“In high-traffic areas, theaters may not make as much sense, but it’s not likely anyone is going to step up to take over these leases anytime soon,” said Wedbush’s Pachter. “I think this is one of the under-covered stories of the pandemic, since retail is going to be hurting badly until there is a vaccine.”

“Until there is a vaccine” is the only words you need to pay attention too. This virus is similar to the strains of the flu, and, if the science is too be believed, the RNA base of the virus means that it will spread and mutate beyond our capacity to deal with it come, say December.

No vaccine means no foot traffic which means theaters will be gone as we remember. The prediction here is that it might be a good idea to invest in that VR company or even that deepfake company you were laughing at a few months ago.

The fourth leg of the stool, mainstream and genre “news” reporting, columns, and opinion sites (like this one) are struggling to maintain relevancy in this new world. The metric is simple: If there’s no “new” news then what’s the point of having a website that reports on the industry?

How many times can we really read another opinion list about Star Wars characters, superhero comic book film fights, or even tracking box office projections when there isn’t a box office to project?

The answer is that the number of times to revisit that well is limited at best.

The “big boys” like Deadline, Variety, Hollywood Reporter, in this space are to the genre film reporting sites in the way that Netflix, Disney+ and Amazon Prime are to YouTube, Instagram TV and TikTok videos.

In other words, they’re the dominant players. They will be fine—albeit in a reduced capacity—as the paradigm shifts post-coronavirus.

Smaller and mid-sized players are already struggling to maintain relevancy in the genre and mainstream reporting and opinion sphere. Thus, those players will either evolve, merge with other sites, or there will be a lot of space because of the “closed for business” signs that will be hanging out in front of many genre reporting sites.

The prediction: There’s a lot of opportunity for content creators to either buy abandoned website properties at below cost or to even launch new content salvos in open spaces.

Why Should We Care About This

Whenever there is chaos, there are opportunities.

And right now, no matter what it might look like from your house, chaos is going on in many, many areas of the entertainment world. 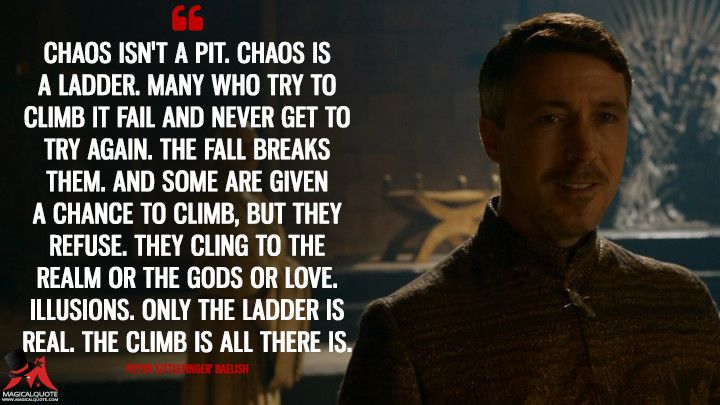 Here is what we know for sure though: Just like malls and shopping centers failed spectacularly in the face of online shopping and the internet, movie theaters, which were barely hanging on in the face of streaming services, better televisions, and mobile devices, are now done.

However, the ecosystem around entertainment, including celebrity worship, genre and mainstream “news” and opinion reporting, and even the presence of streaming services themselves will have to adapt as well or become yet another set of victims we can chalk up to the coronavirus.