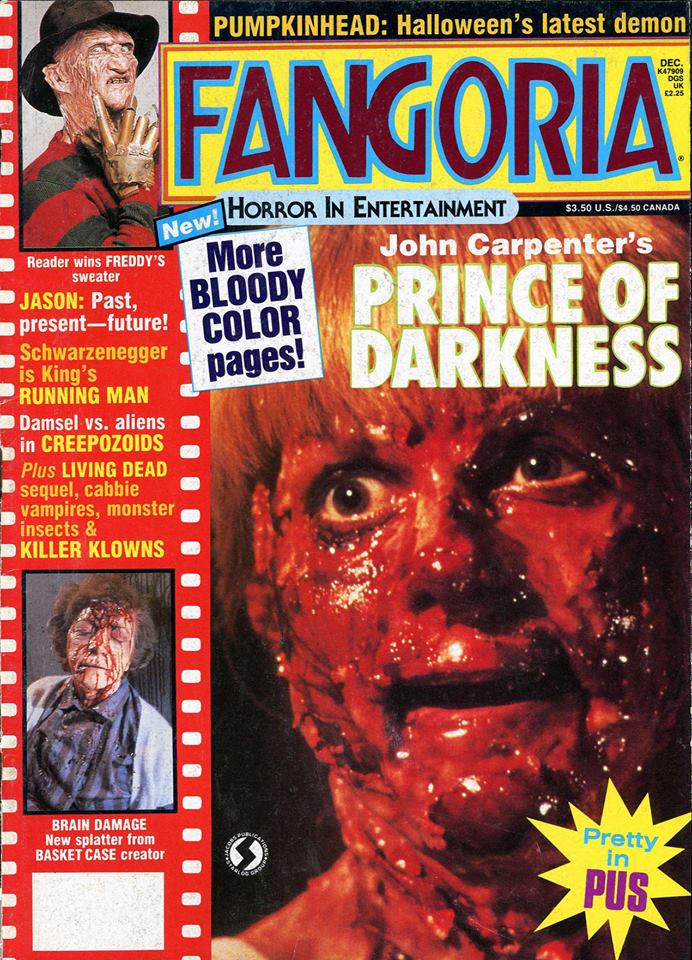 When I was a dorky teen, I loved running to the local grocery store and picking up the newest issue of Fangoria magazine!

A monthly magazine devoted to the horror movie industry, the cover usually had an actor of an upcoming movie covered in blood and goo like he or she was trying to climb out of the mag. I always hesitated on touching the cover, worried that I’d get bitten or infected!

Entertainment Weekly is reporting that Fangoria is set to return to print this Halloween and will be published quarterly.

The assets of the Fangoria brand have been purchased from The Brooklyn Company by the Texas-based entertainment company Cinestate. The CEO of Cinestate, Dallas Sonnier, is a film producer whose credits include the cannibal-western Bone Tomahawk, the recent Vince Vaughn-starring action-thriller Brawl in Cell Block 99, and the upcoming PuppetMaster franchise reboot. Sonnier has hired Phil Nobile Jr., formerly editor-at-large for the website Birth.Movies.Death, as the title’s editor-in-chief. Ex-Fangoria editor Tony Timpone and longtime staffer Michael Gingold will have their own columns in the new version of magazine, which will be based out of Dallas. The title has also secured commitments to contribute from a number of other writers, including Bone Tomahawk writer-director S. Craig Zahler, Shudder curator Sam Zimmerman, novelist and screenwriter Grady Hendrix, and Shock Waves podcast host Rebekah McKendry. 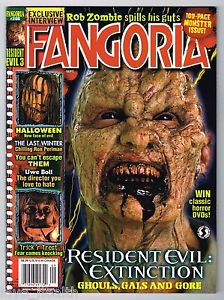 Yeah, there’s always the interwebs to look this stuff up, but there’s nothing like holding a magazine in your hand and feeling those slick pages. The best part was passing it to your friends when you were done and talking about all the cool movies you were gonna see together. The good ol’ days…

See you at the newsstand!