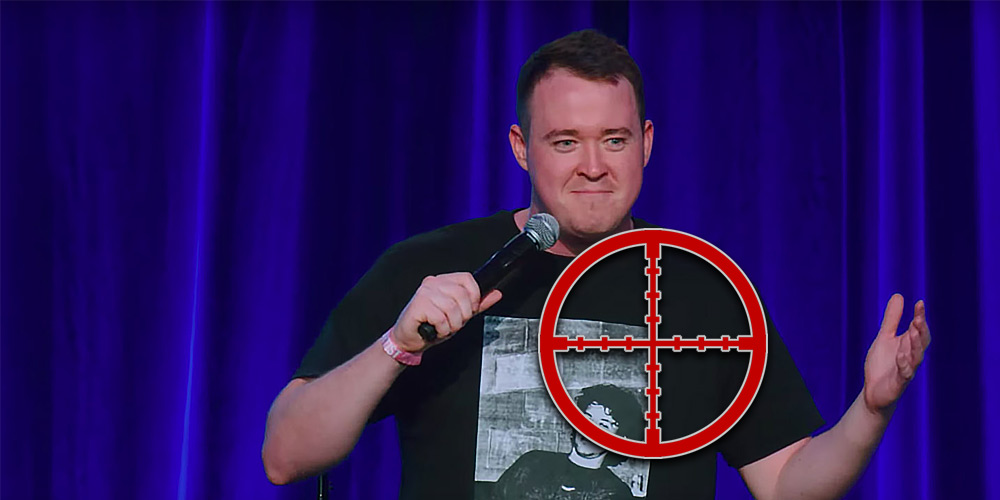 One of the more amazing cultural and entertainment quirks is that, in America, we all still treat television, and the shows on it, as if they have the same power to make (or break) a person’s career as they did during the mid-20th century.

With the explosion of the Internet over the last 20 years, television, by all rights, and the shows on it, should be relegated to the back burner of our collective consciousness, along with Hula Hoops, the Herky-Jerky, the Cold War, and even yo-yo’s.

Y’know, a relic of a time long past, and a phenomenon long forgotten.

But, we still grant television, and the shows on it, out-sized cultural power, so if you’re a mid-range, no-name comedian with a podcast and a loyal following in the millions (but not TV millions) and Saturday Night Live calls you, apparently you jump.

I have to admit, I had to do some background research on this fine fellow, who seems mostly to do bits on his 147 episode podcast, Matt and Shane’s Secret Podcast — which seems to live up to its name as I didn’t even know it existed — that revolve around… well, let’s let the Progressives in vapors tell it:

“SNL” announced in a statement Monday that it was cutting ties with Gillis before the start of the show’s 45th season. He was one of three new cast members announced last week. But shortly thereafter, clips began circulating from Gillis’ podcasts and other media in which he repeatedly used racist, homophobic, and misogynistic language. In a widely-shared clip from “Matt and Shane’s Secret Podcast,” Gillis and co-host Matt McClusker are discussing New York’s Chinatown when Gillis says, “Let the f—ing ch-nks live there.” He later recalls a restaurant being “full of f—ing Chinee [sic] in there.”

There’s more and you can go find it if you’re so inclined.

Let’s be real for a minute: what he’s saying (and his goofy co-host) is really no worse than what Howard Stern, Jackie Martling, and Fred Norris (with Robin Quivers laughing along hysterically) were doing back in the day on terrestrial morning drive radio when I listened to them in the 1990s.

So, here’s the deal, as I think I can best summarize it:

Saturday Night Live, a show that has experienced declining cultural relevancy for well over fifteen years now, hired a podcaster and middling talented stand-up comedian, without “vetting” him, or his material, beforehand.

And then, when the material was dug up and revealed to them, Lorne Michaels—the “genius” who “discovered” every “comedian” that has ever worked on that show from Dan Ackroyd to Leslie Jones, and who is a notoriously tough interviewer—blinks and fires the guy after the resulting Twitter firestorm.

And then, SNL makes the lame excuse that:

“According to sources, the long-running NBC comedy show and series mastermind Lorne Michaels were actively looking to cast a comedian for its new season who would appeal to more conservative viewers. This was meant to counteract the appearance of a liberal bias on the show, given that it has seen a major resurgence in popularity in recent years with Alec Baldwin regularly portraying President Donald Trump while other cast members and guest stars have played members of his administration and those in his orbit.”

I’m going to let Bill Burr, Jim Jefferies and David Spade (who knew he had a show on Comedy Central, or anywhere really) take this one:

I will say this, only in television (and movies, video games, comic books, roleplaying games, etc) is the customer — the consumer — the one who’s wrong.

In every other aspect of your life and mine, if we complain as the customer about the nature, quality or value of a product, things change.

But in the mass media television world — and its less attractive cousin, journalism — the customer is the retrograde hack from the 1950s and the supplier of the entertainment product is the genius.

Because, of course, everything is political these days, Andrew Yang, whose platform for running for President involves being 40 years old, giving away “free” money in the future through Universal Basic Income, and talking about the robots taking your jobs, has weighed in.

And while I loathe providing CNN airtime on this platform, well, apparently you all are Yang’s target demographic, so, Andrew would like your votes!

That’s probably the most reasonable thing I heard a Presidential Candidate say about anything in the popular culture in years.

He’s gonna get bounced from the next DNC debate faster than Shane Gillis from SNL.

Let’s wrap this up.

What is Happening Here?

There are three possibilities as to what the actual deal is here with this latest, “woke-est,” tempest in a teapot:

I just know that, once again, the adults have left the room and abandoned SNL to the yelling, screaming, pouting children.

Lorne Michaels should do himself a favor and sell the 70s-90s SNL back catalog to a streaming service (I hear that they are throwing cash around like drunks at a bar at last call these days) pack the hell up and get the hell out of town.

Or, maybe SNL (and its no-talent hack comedians and B-list actors) shouldn’t try pigeonholing half the voting public in the country with a ham-handed attempt to get us not to pay attention to what they’ve let their platform become in the post-2016 era.