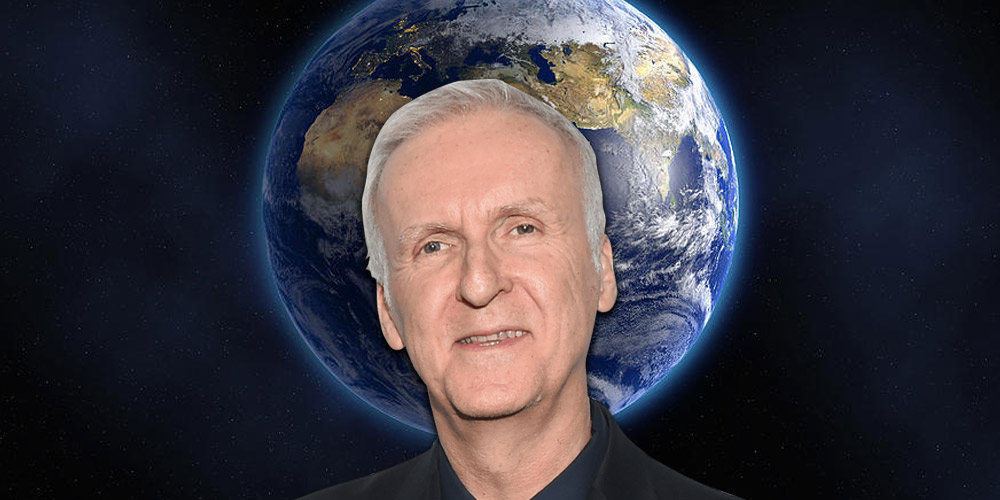 The Science is Settled, Earth Killer!

The man who is currently flaying the poop pile that is Terminator: Dark Fate, has decided that killer cyborgs, emerald-colored Ferngully-rip-off-aliens, or deep-sea dives into the Pacific shelf aren’t the things killing the Earth.

James Cameron and his wife Suzy Amis Cameron (she of the three names) has recently revealed that he is investing in plant-based companies to battle climate change by changing the way you eat.

Specifically, he’d really like it if you would not only drive a Prius (or a Tesla) but also stop going to McDonald’s and eating meat altogether when there are other, tasty, “alternatives.”

I always believe in the philosophy of getting out of the way of a rich twit and letting them talk, so here you go:

“People need to wake the f–k up,” the Oscar winner says. “We’re going the wrong direction as fast as possible. I like to say that we’re like Thelma and Louise. We’re driving straight toward the canyon at 90 miles per hour with the radio cranked up and the top down.”

You would think he would stop. But he wasn’t done:

“We tried to find something that was less well understood and was a major lever that could affect change,” he says. “Food is a good one. It’s probably the second-biggest one. Well ahead is transportation. We all drive around in our Teslas and our Priuses and think we are doing a great job, but really we’re all assuaging our liberal guilt. The real solution is: change the way you live.”

Plant-Based Meats and Cheeses. No. Really.

Cameron, DiCaprio and all these other wealthy folks who fly around in gas-guzzling jets to conferences about battling climate change, have one mantra they repeat over and over, like those old monks used to do in the Catholic Church:

“The science is settled.”

Full disclosure: I actively reject the blinkered, unscientific, Malthusian premise behind climate change, which is that human beings, by our mere presence and consumption on the Earth can somehow “kill” the Earth for the future generations.

But, putting that aside for the moment, the same people who believe the “science is settled” on climate change, are now investing in businesses that are selling the myth of there actually being a scientific way to turn plants into meat and cheese.

Plant-based substitutes for meat and cheese.

That they’ll make you eat.

Because, of course, your consumption is the problem.

Your Lifestyle Needs to Change. You’re the Problem.

The problem I have with “carbon offsets” and “plant-based meat substitute,” and Jimmy Cameron’s carping at me and that Greta kid walking around yelling about the planet dying in 20 years is three-fold:

The ball is always moving with these peoples’ arguments, money, resources, and focus because anything involving the environment is always about a larger, social control based agenda. Plus, their solutions always involve me being asked to spend my money on ideas, products, and services I don’t need and that will create problems in the future.

Remember how soy products were going to save us all from global cooling?

I do. And so does Pepperidge Farms.

The Timeline Is Flexible

The time frame for our imminent destruction is always 20 years away from whatever “scare” agenda they want you to be focused on for their benefit.

20 years ago, Al Gore warned us about “the Earth in the balance.”

That’s why you didn’t win the Presidency Al. Well, that and a state that should probably be underwater by this point, but not because of the climate.

Good For Thee, Not For Me

The hypocrisy and blinkered behavior of people like Cameron and his wife is unbelievable, but, they do prove one undeniable fact of life:

A wealthy fool and his money — or an emperor and his new clothes — are lucky they got together in the first place.

Go spend another decade making Avatar sequels no one will see.