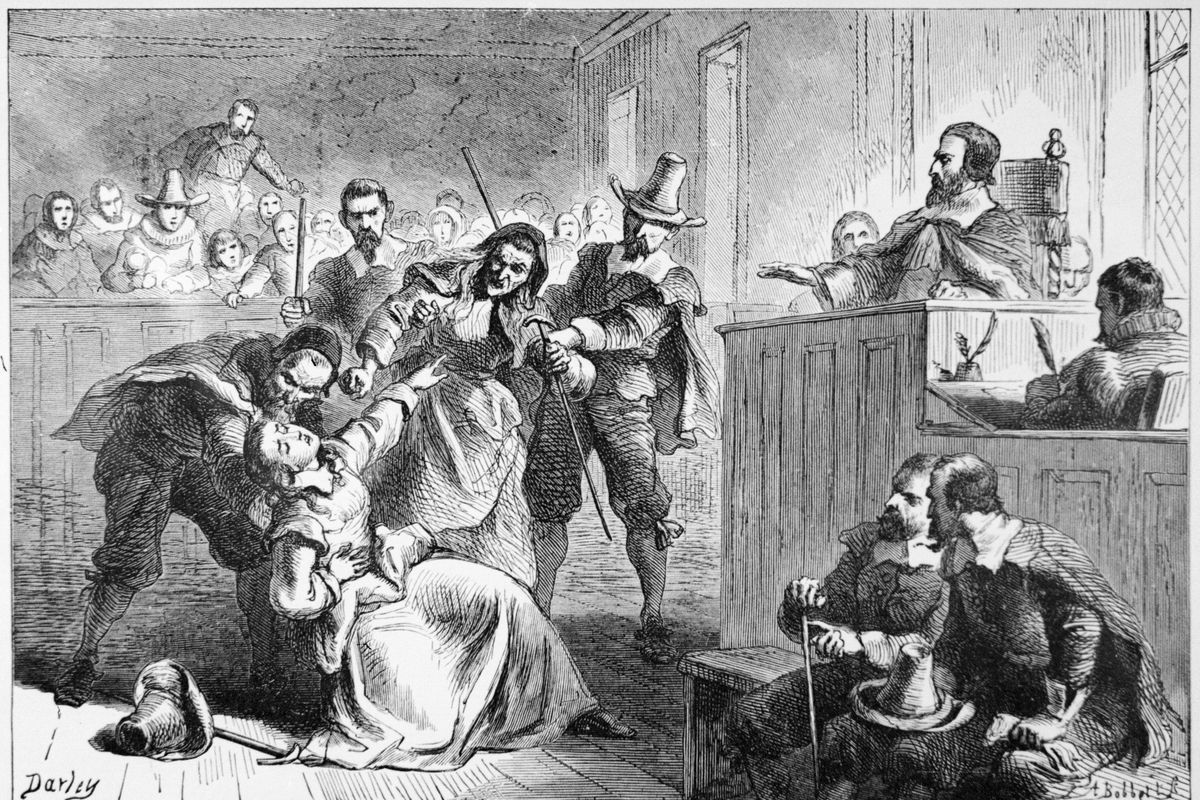 Classic Literature? What The Hell?

In between my lusting to wring the sweat of the sports bra of my hefty neighbor into my chalice so that I might be sustained for another day, my other passion in life is studying the great works of American Literature.

Completely unrelated to anything happening in the today’s headlines is Arthur Miller’s classic play, The Crucible.

For the cool kids too busy going to beer drinking parties and weeklong beach trips in high school to have read this play, I’ll give a brief synopsis:

Some stupid bitches are doing something stupid. Some asshole sees how he can use this for his own gain. Yadda Yadda Yadda, an innocent man’s life is ruined. Like I said, completely no connection to anything today. Why the fuck do we even study this shit?

In case reading isn’t exactly your thing, there was a decent film adaptation in the mid-90s, with a guest appearance by that old guy from the Late Night with Conan O’Brien.

Playing the main character of John Proctor is this universe’s own Kirk Lazarus, Daniel Day-Lewis. Known for his method acting, Day-Lewis lived in a house of his own construction and refused to bathe for the duration of filming.

The Youth Of Athens

During my previous life as an educator, I remember teaching this play to a very eclectic group of high school students. Every day I read through the play with each class, and we would recap the acts we had just read by watching that section of the film.

In order to get the students engaged for the upcoming lesson, each class period would begin with a journal question. Before starting the play, I proposed the question that they had been accused of being a terrorist, a pseudo-hysteria at the time. When most of them claimed they would deny such allegations, I retorted by saying, “That’s just what a terrorist would say!”

I’m not sure if the infuriating conundrum I presented made any lasting impression on these students. Based on the feedback I received at the end of my tenure there, most of the honors students were just pissed off I wasn’t assigning them mounds of busy work, as that is how they equated future success in college.

Needless to say, sitting through three separate classes reading this play, as well as three separate viewings of the film, ingrained the story into my consciousness. Particularly, the Oscar bait-worthy final speech by Mr. Proctor:

Obviously, a man who had not consorted with the devil and stroked his bifurcated cock would not be so emotional. If he was truly a man of God, the truth would have set him free, regardless what a bunch of shrews had to say otherwise.

In the end, Proctor’s lifeless body swings gently in the breeze while the governing body who consigned him to this fate are left to guide the fledgling colony down their perceived path of righteousness.

If only they’d followed the example set by that hottie, Hester Prynne.