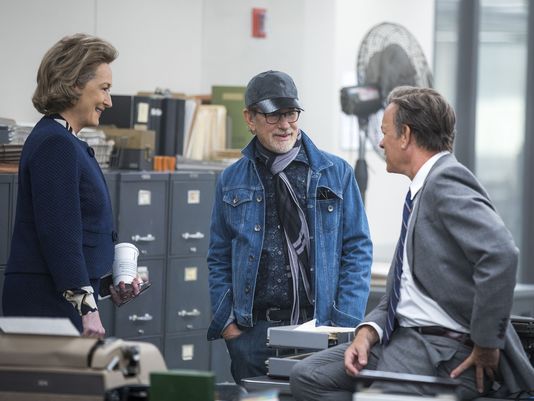 In a move that anybody who blew off Sunday school on the reg could see coming, a fundamentally religious minded state is apparently preventing the release of a freaking Steven Spielberg movie in what appears to be an act of blatant censorship.

The Hollywood Reporter first reported this news, and they note that “A spokesperson for Spielberg’s Amblin Entertainment says he cannot comment because the company has not been told officially by the Lebanese distributor that the pic will not be released there because of censorship.”

Spielberg, who is Jewish (like, duh!), is apparently on some kind of Lebanese double secret probation “boycott Israel” list due to the ongoing war between Israel and Lebanon (1948 – forever). This “list” didn’t prevent Steve’s last two films (2016’s The BFG and 2015’s Bridge of Spies) from being released there, so it appears some b.s. political shenanigans are definitely at play. Seeing as how Bridge of Spies grossed $237K and The BFG grossed only $84K in Lebanon…it’s not a big loss for Dreamworks and Fox, though. That probably wouldn’t even cover the cost of Hanks’ hair dye for this production.

It seems pretty pointless to censor the release of modern film’s most well-known and beloved director in any country, especially for a film which is pretty critical of the United States, but governments gonna government.

UPDATE 1/17/2018:  The Washington Post reports that Lebanese Prime Minister Saad Hariri has intervened to have the Lebanese ban of “The Post” revoked.  Sounds like common sense has prevailed for once!