An unseen manuscript for a sequel to Anthony Burgess’s acclaimed novel A Clockwork Orange has been unearthed from the late author’s personal archive in Bracciano, near Rome.

A Clockwork Orange was published in 1962 and is set in a dystopian England. It’s the first-person account of a juvenile delinquent who undergoes state-sponsored psychological rehabilitation for his “ultra-violent” behaviour. 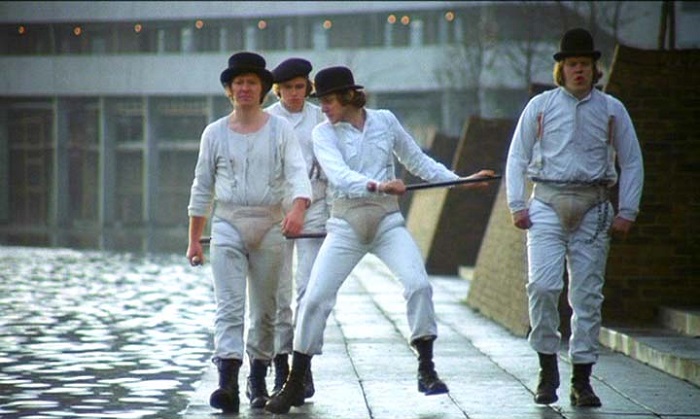 Stanley Kubrick released a film adaptation in 1972, which Kubrick himself pulled from circulation in the UK following a hysterical reaction from the media. The film was re-released again after his death in 1999. 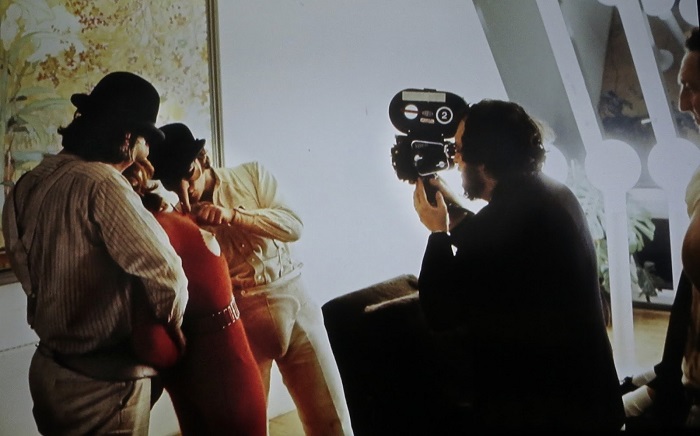 A manuscript has now been unearthed among a bunch of papers at Burgess’s Italian home. It’s a sequel titled The Clockwork Condition. 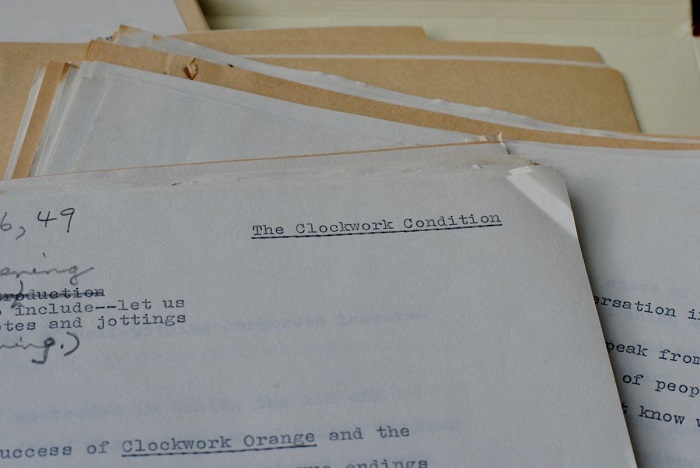 “The Anthony Burgess Foundation has confirmed that the 200-page manuscript offers more of the author’s thoughts on the human condition, discusses the controversy that surrounded the movie, and develops the themes from his 1962 book, and is described as ‘part philosophical reflection and part autobiography’.” 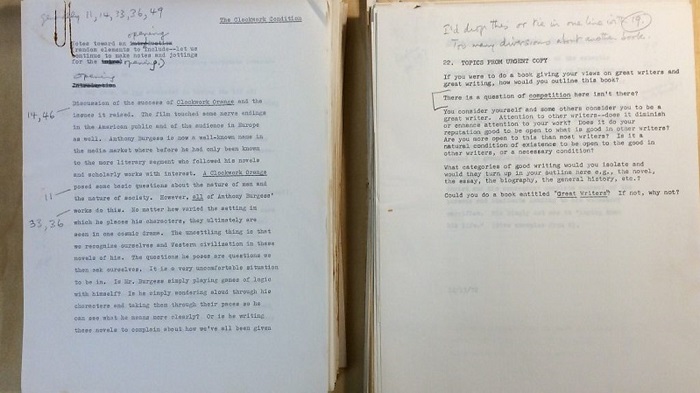 An extract from the manuscript reads:

“In 1945, back from the army, I heard an 80-year-old Cockney in a London pub say that somebody was ‘as queer as a clockwork orange’. The ‘queer’ did not mean homosexual: it meant mad… For nearly twenty years I wanted to use it as the title of something… It was a traditional trope, and it asked to entitle a work which combined a concern with tradition and a bizarre technique.”

“This remarkable unpublished sequel to A Clockwork Orange sheds new light on Burgess, Kubrick and the controversy surrounding the notorious novel. The Clockwork Condition provides a context for Burgess’s most famous work, and amplifies his views on crime, punishment and the possible corrupting effects of visual culture.”

He also described his work as a “major philosophical statement on the contemporary human condition.” 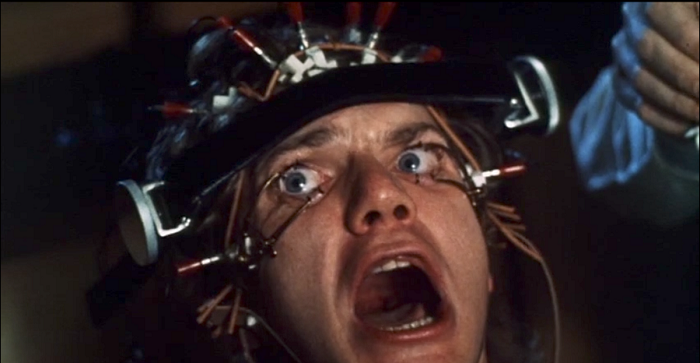 Some related news for UK Goblins, a UK-wide re-release of A Clockwork Orange begins in cinemas this month (check your listings), and there’s also a definitive two month season at BFI Southbank (April – May 31) and this Friday at the London’s Design Museum, will be the opening of Stanley Kubrick: The Exhibition, running until September.