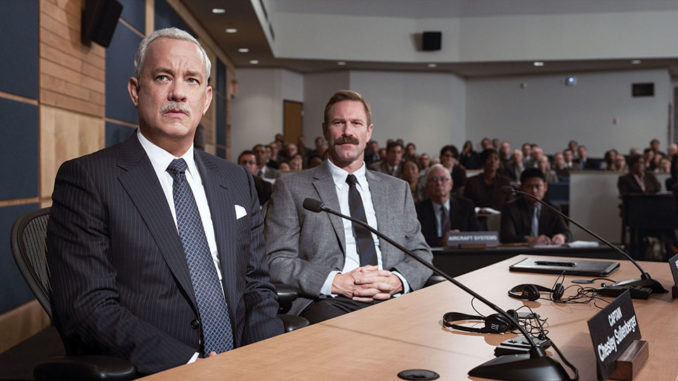 Movie Tube is about finding a series of YouTube clips that contain all the most important scenes and essential story beats from a particular movie.

Except this isn’t the entire movie — it’s just one scene — because Sully overall is a forgettable film. But the NTSB hearing sequence is pretty decent.

I know it’s completely unrealistic, Mr. White’s wife is unbearable and the turn is not just obvious but expected; clearly Captain Sullenberger was completely exonerated of any wrongdoing. He’s a hero, end of story. No drama there.

And unlike a similar scene from the excellent Flight, there is no massive character catharsis. Nor is there a Lord High Inquisitor like Ellen Block.

You’re Not Really Selling This Thing

What is good about the scene, what I find that makes this scene great in my opinion, is:

The terminology and chatter in both the flight simulations and the recordings of Sully and his co-pilot — shown in flashback for dramatic purposes — is the kind of “Inside Baseball” shop-talk that should be in every movie.

I have no idea what an APU is and what restarting it will do but it just sounds cool.

“We Did Our Jobs”

Tom Hanks and Aaron Eckhart’s performances at Sully and First Officer Jeff Skiles really sell us on these guys being not just unflappable operators with nerves of steel but also quietly bemused with having to answer to pencil pushers and desk jockeys.

I also like how Eckhart exudes outright awe for what Sullenberger managed to pull off, without saying a word.

“The Will To Act, Bruce”

Obviously, it helps to have a checklist to work through. Maybe we can do a Hardstyle about checklists for dealing with everyday situations. Might be useful.

Actually, no way. That’s a book idea. A good one. Don’t steal it, boys.

By the way, if you are interested in what Sully is up to now you can visit his surprisingly good website. I guess he’s some kind of motivational speaker now.

Good for him. There really should be a checkbox on our tax forms to “Donate $1 to Captain Sullenberger.” I’d say he’d be getting $50 million a year.

And check out Sullenberger and Skiles on some political talk show: