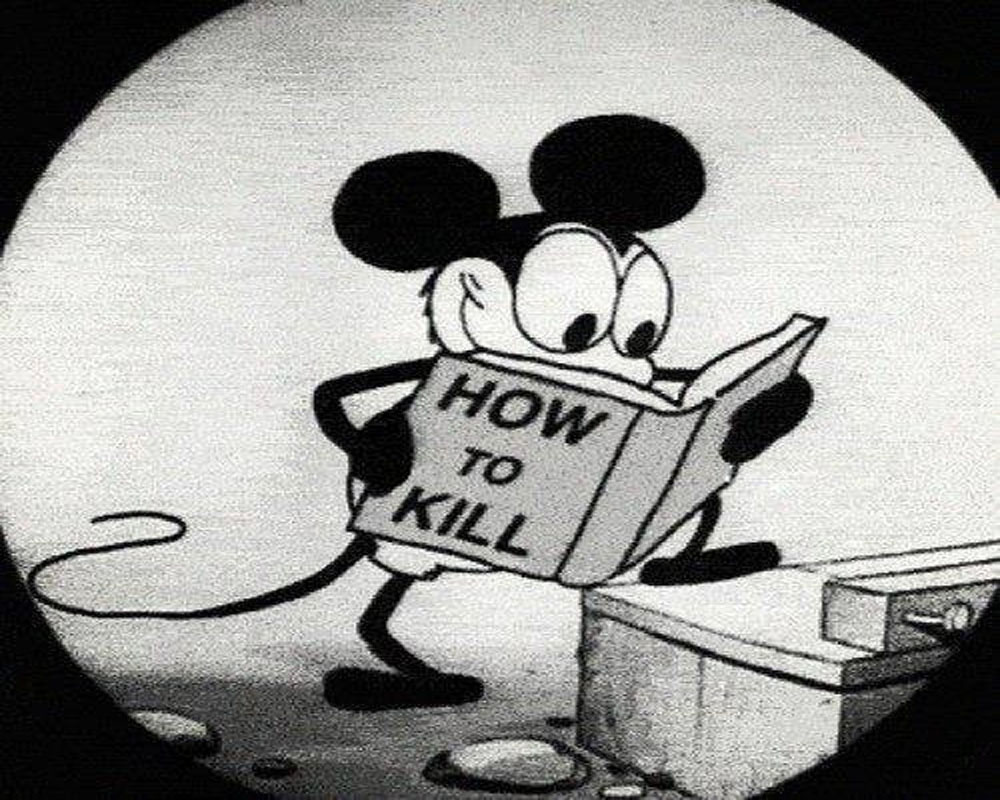 On May 15th, 1928 the world got its 1st look at the form of its future overlord. A short animated film of a beast so foul and malevolent that it would spend the next 90 years consuming the souls and income of all living beings and in return shit forth a culture of abomination and shallow soul death for all humanity.

Mickey Mouse made his 1st cartoon appearance in the short film Plane Crazy, not Steam Boat Willie as some people think. That was total derivative trash and it was technically Mickeys 1st solo film anyway.

Mickey Mouse showed the world the true face of evil in this 15 feature animated short that was shown to audiences in theaters as a sort of test screening.

That is pretty dumb even by 1928 standards and the crowds back then hated it.

Was it because it was a cartoon and made not a lick of sense?

Nope. It was because people smelled a rat. A filthy rodent who they instinctively knew would slowly and deliberately use any means necessary to infiltrate their family structure, rot the foundations of their homes and consume them and all their offspring for eternity.

I can hear the words of W.B Yeats echoing thru their primitive 1928 minds-“And what rough beast, its hour come round at last, slouches towards Bethlehem to be born? ”

Well, sitting here in 2018 we can see that Disney obviously took this 1st failure in stride and learned from their mistakes. Steamboat Willie, released just a few months later, was a massive success. And Mickey Mouse and all his spawn have since gone on to take control of most all humanities media and entertainment.

They have you trapped from the cradle to the grave:

Now I have to ask: Are we all willing to just sell our future out for another a new Marvel movie?

Apparently, the answer is “Yes”:

I weep for our future.

Bookmark Filmgoblin.com to stay in the know.