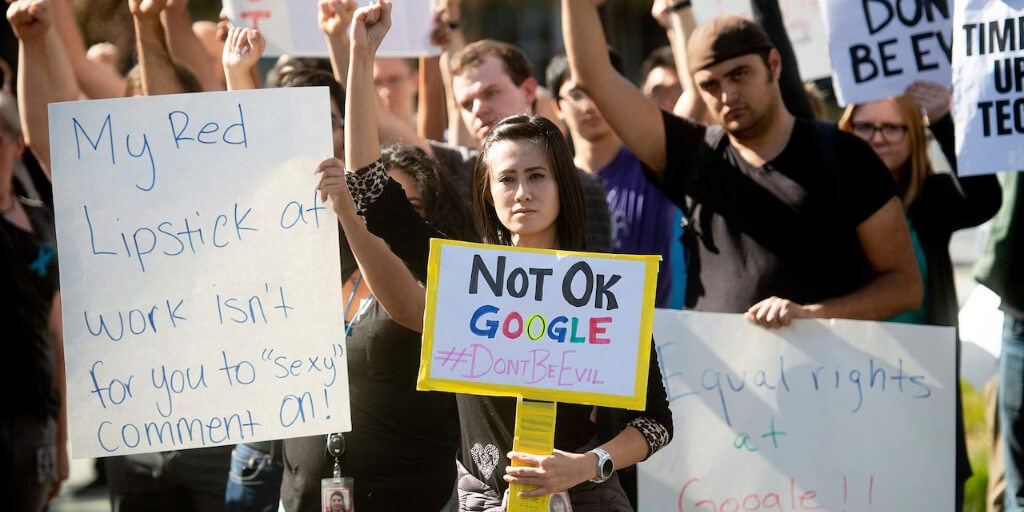 Why You Should Care About This

It is hard to understate the power of tech companies that don’t have entertainment as one of their core offerings to the masses and how much their forays into the world of streaming entertainment has upended the relationship between users, advertisers, and creators of content.

They have little responsibility to audiences, even less to advertisers, and the way that their business models operate, government regulators have little power over their operations.

The “Big Four” in this space are, of course, Facebook, Amazon, Netflix, and Google, or as they are known in the tech space, FANG.

No, they’re not named after some Bond film collection of villains like Spectre.

Nor are they reminiscent of a series of badly animated collection of dupes from Super Friends.

FANG is much more insidious and powerful.

Facebook, the same company whose founder called the users who trust his platform with their data “dumb fucks” allegedly, reports that they have 2 billion active users globally on their platform at any given time.
Amazon has 300 million active users with more than 90% of US online shoppers having bought something off the platform.
The number of Netflix subscribers has grown from less than 22 million in 2011 to nearly 150 million in 2019. The service reports that an estimated 37 percent of the world’s internet users use Netflix for streaming delivery of entertainment content.
Google (now known as Alphabet) receives over 63,000 searches per second on any given day which translates into at least 2 trillion searches per year, 3.8 million searches per minute, 228 million searches per hour, and 5.6 billion searches per day.

These are some of the most valuable companies in the tech space in the history of the world, and they control the viewing, searching, buying, and networking of billions of people per day. Which means, if they want to behave as if they are drunk with power, they have good reason to.

It’s easy to dismiss these companies at the corporate board/CEO level, as caring only about three things:

But that would be a mistake.

We should be watching closely how they value content, how they value human behavior, how they seek to manipulate choices in the market, and how they desire to push people to buy, or not buy, their products, perspectives, and increasingly, their politics.

These four companies are also led by people who, while appearing corporate and capitalistic on the outside, are increasingly pulling off the mask to reveal their true motives: cultural, political, and social control.

Yeah, They’re Valuable. So What?

Sure, investors care about rate of returns, but the question remains: Why does a company like Netflix (or Amazon) continue to create entertainment properties that will alienate their user base, i.e. people from the middle class in the West (America, Canada, Great Britain, Japan, and Western Europe) while continuing to rely on that base to pay them?
And, when they are revealed to be double-dealing in cultural and social manipulation, why aren’t they punished in the one place where they will pay attention: their wallets?
First, a little history though.

History of the World, Part One:

The entertainment industry in general and corporations, in particular, have always been somewhat progressive. The progressive movement in politics may have been folded into the Democrat party in the US since Woodrow Wilson (more on him later) but it has managed to worm its way into academia, entertainment, and even sports since at least the 1930s in America.

In February 1915, upon viewing The Birth of a Nation at a special White House screening, President Woodrow Wilson reportedly remarked, “It’s like writing history with lightning. My only regret is that it is all so terribly true.” 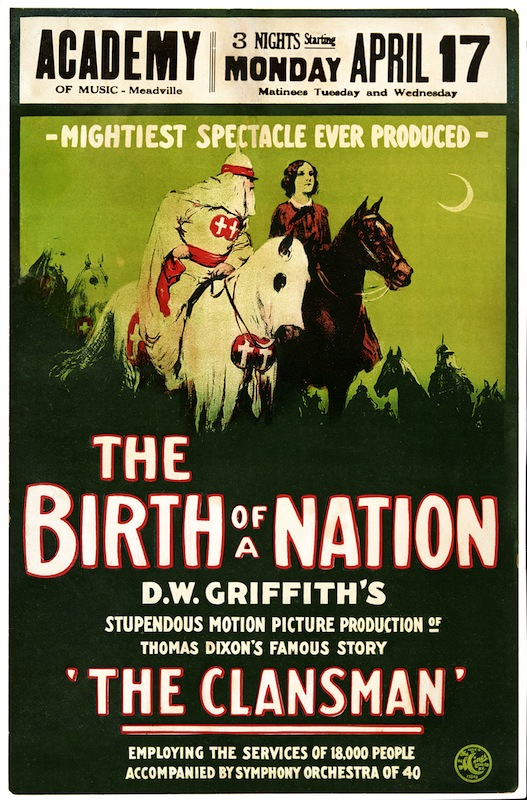 Corporations, particularly entertainment corporations, didn’t fully reveal their left-wing, progressive affiliations until the crackup of the culture really kicked off in the 1960s in America and in the 1980s in Europe. They always attempted to mold their actors, their scripts, and even their profits into something palatable for Middle American sensibilities.
People were always looking for alternative forms of message and mediums, and this was always difficult. If you wanted entertainment that wasn’t for the masses you had to work to find it.
But then, in 1989, Communism was exposed as a paper tiger via the collapse of the former Soviet Union, and a guy named Timothy Berners-Lee turned on the commercial Internet for the first time.
And we were off to the races with the fragmentation of attention spans, globalization of middlebrow tastes, and the opportunity to get more profits out of fewer things that mattered.

Fast forward 30 years and Facebook, Amazon, Netflix, and Google have more power to shape public opinion and engineer society than the old entertainment structures could have ever imagined would be available to them.
If you have a smartphone with a connection to the Internet, you have more ability to connect, advocate, defend and create than ever before.
And that’s where they get you in four critical areas:
Fragmentation of audience: With shortened attention spans all over the place, it makes sense for these platforms to create and push content that on the surface looks high quality, because so many more people are more visually sophisticated than ever before, but is banal, boring or derivative in story underneath the visuals.
Globalization: With a growing middle class worldwide due to the middle class in America being hollowed out over the last fifty years, more audiences than ever before have even minimal amounts of cash to blow on the luxury of entertainment that Westerners take for granted.
Globalization explains why Netflix cares more about expanding their offerings of Indian entertainment on their platform or why Facebook wants to launch high-speed internet delivery balloons over China.
Social justice and Progressive Politics:  With splitting audiences and the personalization that mobile phone and social media usage bring, a platform like Facebook can launch Facebook Watch, hire Will Smith to do something, and call it a “hit” even though only 70 million people watched it at any given time.
This also means that the way is wide open for more Progressive cultural haranguing because, with no subscribers, or even with minimal ones, there isn’t a need to temper content to appeal to advertisers. Just keep making sure those audience acquisition numbers are through the roof at all costs.
Lack of Education and Small Media Meeting Together on the Internet: With the decline of actual knowledge and care in the West around foundational historical story ideas, it is now easier than ever before to shovel pablum at audiences that’s half-baked at best, and have them applaud with little downside or active criticism.
And when those half-baked thoughts or ideas enter the echo chambers of Facebook, Google (owners of YouTube), and even the programming of Amazon and Netflix, it can seem as though “everyone” is thinking or behaving or voting one way rather than another. And when a lack of curiosity is the standard, no one wins in the end.

What Are We to Make of All This?

The motto “go ‘woke’ go broke” may apply in America, but to talented writers, directors, and producers who have never bought into Middlebrow American sensibilities (I’m looking at you, Garth Ennis, Greg Rucka, Jill Soloway, David Simon, et. al.) what is happening now with the presence of these four big platforms that seem to be owning the zone, feels like freedom.
The freedom to say, “My product gets to an audience I could have never gotten 50 years ago, and so if you don’t like it, well…it’s not for you, and that’s ok.” For any true talent or even a half-baked talent with a Progressive political ax to grind, that feels like freedom.
On the other hand, for people who want to see their views, sensibilities, and perspectives represented by an entertainment culture that won’t pander or insult them, what is happening now feels like chaos. And, like Littlefinger on Game of Thrones said before he got caught, “Chaos is either a pit or a ladder.”
For creators who don’t want to pander or insult, the progressive digital and social program has about 30 to 150 years of a head of steam moving forward. So, they might want to get to cracking in three areas:
And don’t worry too much about not being invited to the FANG party.
Recognize that it’s going to suck at the start, but as the audience grows and barriers drop, the content and process will get better and better and at a faster rate than it would have 50 years ago.
For the audiences, it is more critical now than ever before to give money directly to those platforms you want to see grow, either via Patreon type set-ups or even just direct-to-creators, this way the FANG beast is starved of the one thing it likes more than attention, and that’s revenue.
In the long run, the FANG will either be broken up, fail under the weight of their hypocrisy, fall to other competitors in newer connection spaces built on the Internet, like block chain, or will have to build impenetrable “moats” to keep out people, rather than draw audiences in. But for the time being, they are the whales that bear watching closely.