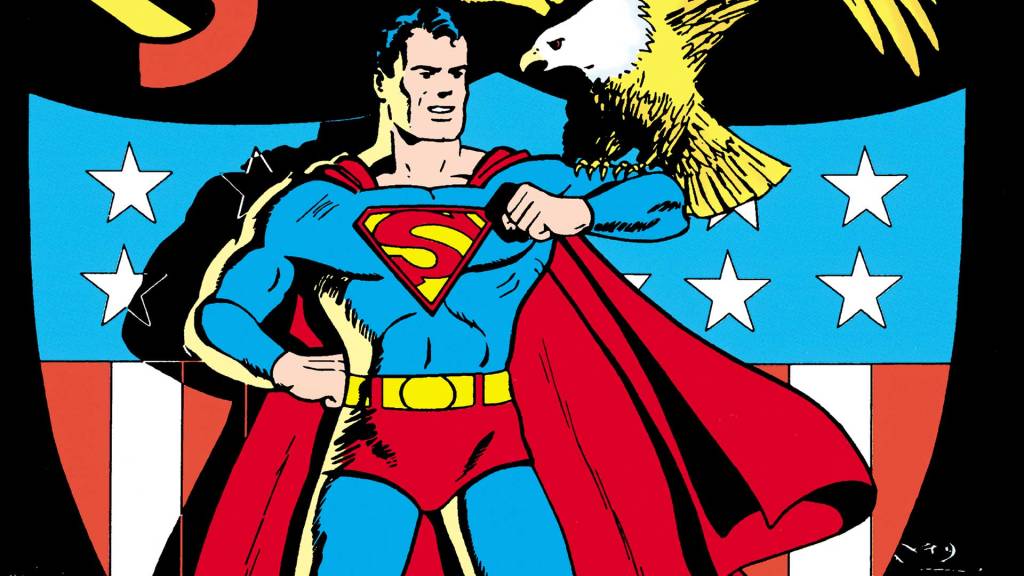 There are significant signs when a culture has reached “peak” whatever: “peak” oil, “peak” social justice, or even “peak” entertainment.

Usually, the purveyors of culture tell you, the audience, when the culture you’re in has reached “peak” whatever, and now, we’re here to tell you that we’ve officially reached “peak” podcast here in the Western world.

Dillon D Jordan’s PaperChase Films and Fandom are collaborating to produce serial podcast Superman Vs. The Ku Klux Klan, recalling the true story of how everyday citizens infiltrated and exposed the KKK in the 1940s.

The team will produce an initial 10 episodes, launching this spring. The podcast will be created in a style based on the format of the original Superman Radio Show, which broadcast for more than 2,000 episodes between 1940 and 1951, shortly after the Man of Steel’s comic book debut.

Here we are, folks.

No one was crying out for this at all.

But this is probably just something being launched to “flood the zone” as all of those breathless Coronavirus oriented podcasts are now in the market, because hipster Millennials need to know where the hell to buy toilet paper from.

How the Hell Did The Klan Get Any Traction?

This is really the key question as our countries, cities, sporting events, and even theaters, and workplaces close in order to stop the spread of a virus that has killed almost no one, but that everyone is now panicking about.

So, how the hell did the KKK get to its “peak” in the mid-1920s, with approximately 4–5 million men in membership and still wind up getting infiltrated repeatedly by the very people they were seeking to terrorize?

The project is based on the true events recounted in Rick Bowers’s 2012 novel of the same name, which chronicles the story of Stetson Kennedy, a man who went undercover to infiltrate the Klan in 1946. Unsure what to do with his findings, he partnered with the producers of the Superman Radio Show to make a series of episodes, titled ‘Clan of the Fiery Cross’, which exposed many of the group’s secrets to a wider audience. A Superman Vs. The Ku Klux Klan feature film, also based on Bowers’s book and first announced in 2018, is now in pre-production with further announcements expected soon.

Yeah, we’re scraping the bottom of the barrel for interesting things to break up our Twitter driven panic on the Internet.

Look for more of this garbage as everyone and their mother launches a podcast because, what else do you do when millions of you and your co-workers are “working” from home for two weeks in between eating handfuls of Doritos, donuts, keeping hydrated, and wiping your butt.

Here’s how you know this thing isn’t really about telling history or answering questions but is instead about pushing a regressive narrative that was smashed pretty well by the 1970s. In Jordan’s own wine-soaked words:

“We’re excited to serialize Superman Vs The KKK in a format that recalls the days of radio-drama. The Fandom team brings an enormous amount of insight and talent to the project, and we’re sure the results will be fantastic. There’s something powerful here: a timely lesson on the dangers of systemic racism — an issue that modern audiences are sure to find compelling.”

“This story is an incredible mix of undercover journalism, brand activism, and the power of pop culture to change the world. We live in an era where fans identify themselves by the things they love, so there is incredible power in harnessing this passion to make an impact.”