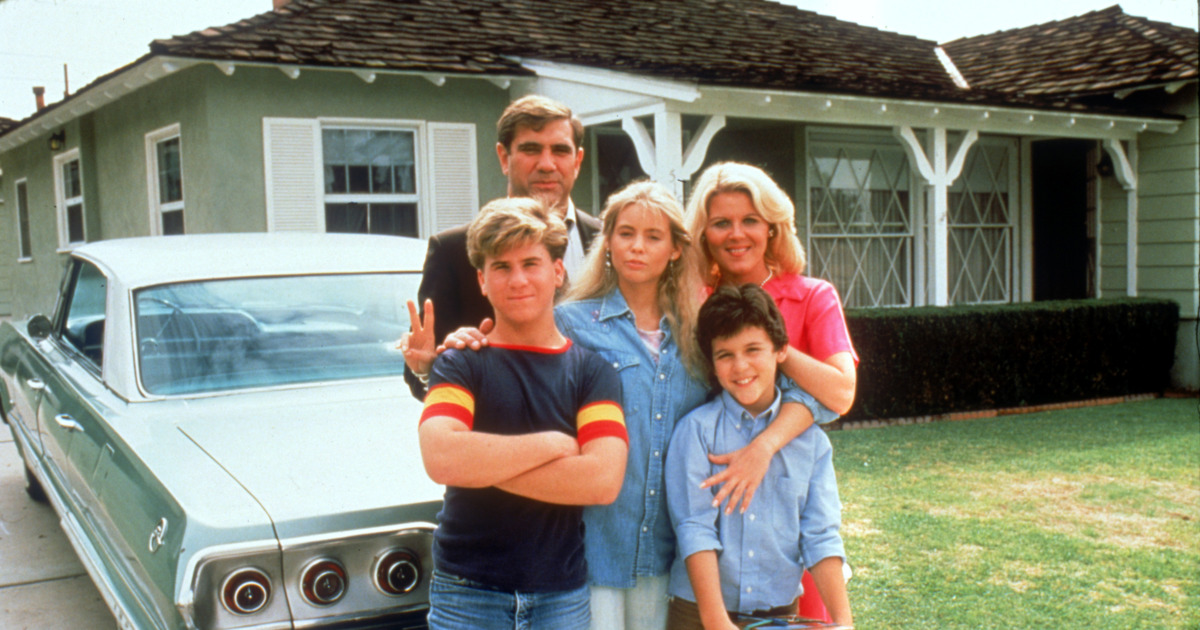 As an early 40’s middle-aged fanboi, still bitterly weeping mournful tears over the death of Luke Skywalker at the hands of a bunch of gormless and talentless manqués, I often find myself mining the remaining territories of my mind, untouched by virulent feminists for unmolested memories of decent films and tv shows that still stand the test of time, due to the overall quality of their production, coupled with warm recollections of the good times I had with them.

Whether it’s rough and tumble kitsch like Married With Children or bombastic, musically sublime, and over the top camp like Flash Gordon, there was an earnest heart and soul to productions like those from that magical 80’s era I grew up in.

What A Wonderful World

Perhaps the most influential thing out of Hollywood growing up was the polar opposite of the two productions I just named, both in style and content, but not in fond recollections, was the wholesome and decent The Wonder Years.

I could absolutely identify with young Kevin Arnold because Fred Savage, the actor who played him, and I were approximately the same age at the time of the show.

My friends and I would have fun picking which character archetype we were, which was made somewhat easier for me considering the fact that Kevin’s best friend was named Paul (Josh Saviano), as was mine at the time and to the present day.

There was always an important lesson to be learned, which usually came about after Kevin mouthed off about something. To this day the episode ‘Good-bye’ just wrecks me, even more so now given my experience teaching in high school a few years back.

The show was as important to positively guiding my development as any real-life mentor could have been at that difficult time in my family life, given the adult subject matters they touched upon with grace and dignity.

Even though it was just a TV show, I will be forever grateful for the time I had watching it during the rare calm family moments with my folks.

A Mama Bear Protects Her Cub

I always wondered, so to speak, why the show ended as abruptly as it did when it seemed like we were on the verge of seeing Kevin and his friends experience high school.

According to renewed reports that are coming out again from a cast member who played Kevin’s mother, Mrs. Norma Arnold (Alley Mills), it had nothing to do with the standard issue of declining ratings or exorbitant star salaries cutting into the bottom line.

No, apparently it was an instance of #pretoo, the long in development prequel to the zeitgeisting #MeToo shakedown movement that is currently reaching its zenith in Hollywood circles and the culture at large.

According to The Wrap and Yahoo News:

When we shot the series finale … nobody knew whether or not ‘The Wonder Years’ was going to be renewed,” (Alley) Mills, who played Norma Arnold, said in a recent interview with Yahoo (watch it below). “And that’s because of a completely ridiculous sexual harassment suit that was going on against Fred Savage — who is, like, the least offensive, most wonderful, sweet human being that ever walked the face of the Earth.

Good For Me But Not For Thee

To be perfectly clear, I’m not intimating straight-up twisted predators like Harvey Weinstein and Kevin Spacey shouldn’t be outed or punished for the horrible things they’ve done to people.

Nor should the infamous “Director’s Couch” mentality that’s been a part of Hollywood since the beginning of the industry be ignored for the horror show it’s been for women and men alike for far too long.

What I am saying is that the very open and belligerent shakedown tactics and outright abusive behavior used by women in the industry should not be ignored in favor of the wholesale damning of men, simply for the crime of being men.

Or, y’know, not being a proper ally in The Cause™.

And I’m not referring to men in the “Boys Will Be Boys” sense of letting a guy get away with bad behavior because he’s a man.

I’m referring to the pressing agenda of the #MeToo and Time’s Up movements, which seem to singularly focus on men and things like “toxic masculinity” as the cause of the specific ills of Hollywood and society at large.

Also from the above articles:

Mills claims that she “wasn’t allowed to talk” back then about the lawsuit, “which made me so upset. We had a gag order on us, and I wanted to scream on television, ‘This is ridiculous!’”

The lawsuit was dropped after an undisclosed out-of-court settlement was reached, a move that the actress alleges their network, ABC, was behind. “I just thought this was a joke. You know, they bought her off, which really made me mad,” she says. “That was incorrigible that the network did that; they should never have paid her off. They wanted to avoid a scandal or something, but it made them look guilty. You know, you don’t pay someone off when there was no crime, you just fire the girl.”

Is Turnabout Fair Play Or Something More Sinister?

I’m guessing with that, Ms. Mills won’t have a seat at this years Oscars. Hell, I wonder what kind of career she’ll have after bold statements like that.

Seems as though Monique Long, Fred Savage’s accuser and apparent career derailer, is still going strong in the industry as of a few years ago though. Maybe an Oscar presenter can carve out a few minutes of time in a speech supporting Fred Savage?

Regardless fellas, y’all best buckle up because the women are gunning to run the show now. And not that there’s anything wrong with that if they’re qualified for the position. But be careful how you go about it ladies.

By putting all men over a barrel for the misdeeds of some ain’t exactly putting yourself in the position of seeking true justice for everyone.

It’s just bare-naked, power-tripping,  hypocrisy masquerading as #strong and #brave “social justice,” while hiding under an expensive Armani dress made of #equalityforall.