English writer Gilbert Keith Chesterton, once wrote in an essay on H.G. Wells.

We cannot be expected to have any regard for a great creature if he does not in any manner conform to our standards. For unless he passes our standard of greatness we cannot even call him great. Nietzsche summed up all that is interesting in the Superman idea when he said, “Man is a thing which has to be surpassed.” But the very word “surpass” implies the existence of a standard common to us and the thing surpassing us.

If the Superman is more manly than men are, of course they will ultimately deify him, even if they happen to kill him first.

But if he is simply more supermanly, they may be quite indifferent to him as they would be to another seemingly aimless monstrosity.

He must submit to our test even in order to overawe us. Mere force or size even is a standard; but that alone will never make men think a man their superior. Giants, as in the wise old fairy-tales, are vermin.

Supermen, if not good men, are vermin.

Through comics and movies Superman has become one of the giants of our modern mythologies.

Almost any nation that has been exposed to American culture will have heard the story of the Last Son of Krypton, and be familiar with his costume of red, blue, and yellow. As one of the first costumed superheroes he has been the inspiration for uncountable numbers of spandex wearing heroes from publishers around the world.

Even Superman’s, “I’m here to fight for truth, justice, and the American way” although it sounded cheesy even to its audience in the movie, resonates when delivered with earnest conviction by the late Christopher Reeve.

In his critique of Nietzsche, Chesterton points out that the Superman, Nietzsche’s Ubermensch, must be judged by human standards if its claim to be a superman are to be meaningful. If it is completely alien to ourselves then we might regard it as a curiosity, perhaps a threat, but not superior to ourselves, not a super man.

This was understood, perhaps intuitively, by the writers and artists who have given life to the Superman character in his decades of comic heroics, and even more so by the writers of the 1978 Superman movie. The strength of the character of Superman does not come from his near limitless power-set, but rather that he is a good man. Whatever qualities we might expect in a good person, we find in Superman to a superlative degree.

Whenever a problem is set for Superman we may reasonably expect that he will choose the solution that provides the best outcome for others, even at maximum cost to himself. That is not to say that that representation was perfect. There was a moment of petulance in Superman II, where Clark avenges himself on a man who bullied him while he was powerless, but in general the pattern was set. 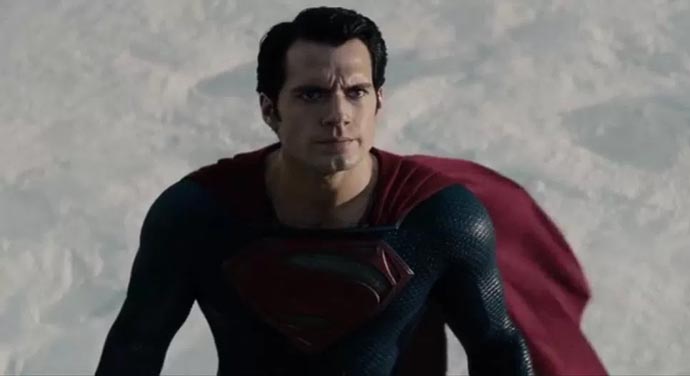 Zack Snyder has a deserved reputation for producing great visuals in his movies. He does possess the ability to translate iconic scenes from the comics to the big screen. However he has also been criticised, equally justly, for stripping those scenes of their significance within the comic storyline.

Man Of Steel was testimony to both Snyder’s strengths and weaknesses. It does possess great visuals, and Henry Cavill appears to have been born to play Superman. That said, Cavill could have been equally well cast playing Bruce Wayne and Batman.

The weaknesses of Snyder also show through. The Superman of this story is almost unrecognizable as the beloved figure of the comics. To borrow from Chesterton, while he is more of a superman than any of us, he is less of a man. Making the choice not to save Jonathan Kent, his father, or in a moment of spite impaling a truck on logs, are not the actions of the Clark Kent we were raised with.

Where Superman historically rescued people with a smile, this iteration seemed to begrudge people their mere existence, and one suspects that aside from his interest in Lois Lane he would not have bothered challenging Zod’s plans at all.

“Supermen, if not good men, are vermin.”

Nonetheless Man Of Steel was not a bad movie. Indeed, assessed purely as a standalone movie it is quite a good movie.

However its weakness becomes obvious when Warner Brothers decided to make it the cornerstone of a DC movie universe, in answer to the success of the Marvel Cinematic Universe.

The MCU has achieved remarkable success through a fairly simple pattern. They introduce likeable characters in standalone films, then integrate them into a larger movie universe. Because we like the characters we follow them from movie to movie, and forgive them the occasional faux pas (like Iron Man 3).

DC has shown that they can create likable characters, but Snyder’s Superman is not one of them. Moreover the decision to quickly leap into an integrated universe meant that there was no time to organically alter his character, if indeed Snyder was capable of doing so.

Those decisions led to the divisive Batman V Superman, where a dark brooding superhero fights Batman, and the disappointing Justice League, where Joss Whedon decided to change Superman’s previously established character in an ad hoc fashion.

Superman is an iconic figure in modern mythology, and DC are going to continue to put him in movies. Henry Cavill is a fine actor, and does look the part.

From other movies I’ve seen him in he can play the personable, caring, good, man that Superman is meant to be.

Going forward however I can only suggest the need for a soft reboot, bringing the character of Superman back in line with his historical representation.

As it stands the DC universe has only one character whose story I want to follow, Wonder Woman, with Aquaman receiving an honorable mention because I like Jason Momoa as an actor. 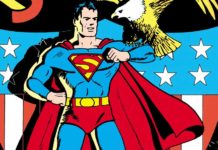 SUPERMAN Vs. THE KKK Arrives Just In Time for You to Quarantine 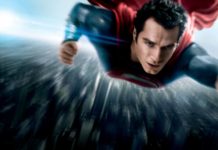