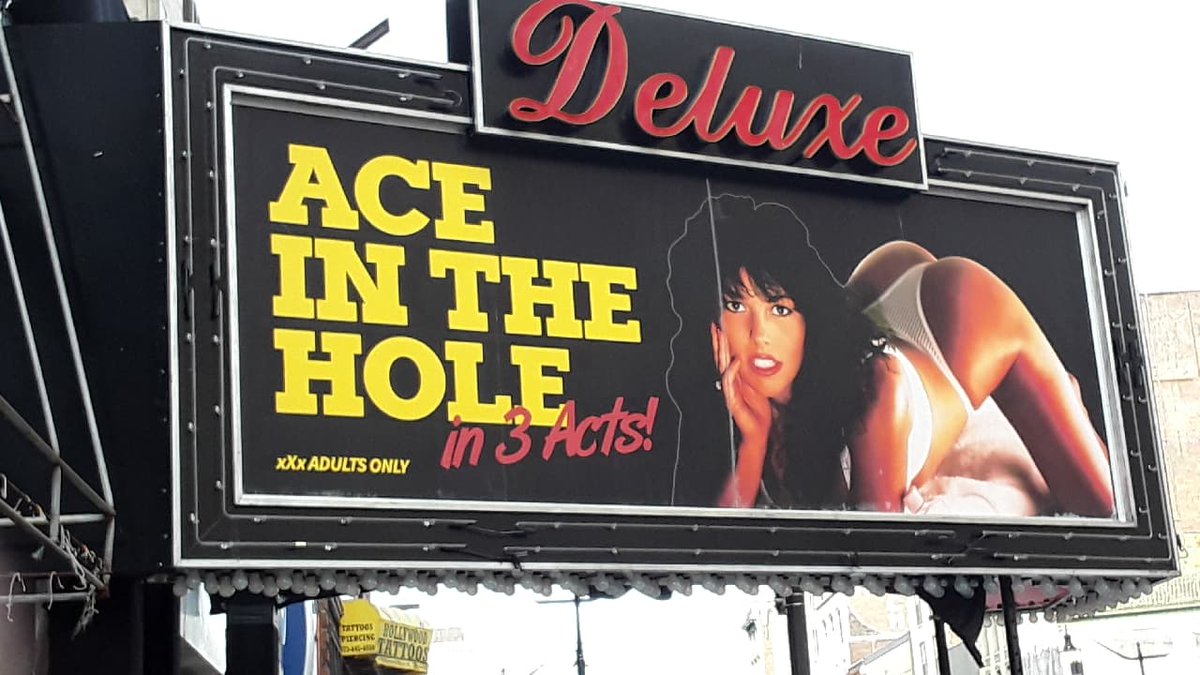 It took a tough Italian federal prosecutor turned mayor — along with some revolutionary policing techniques including COMSTAT and “Broken Window Theory” — to transform that filth-ridden cesspool into the family-friendly mecca of corporate commercialism it is today.

Todd Phillips seems to be drawing from that bleak cityscape as he creates his palette for the new Joaquin Pheonix-fronted Joker origin movie.

The director has transformed modern-day Newark, New Jersey into a replica of 1980s Time Square that will serve as the heart of his Gotham City. This kind of retro-dystopia seems ready-made to spawn a diabolical criminal trickster like The Joker.

Twitter user Mr. Nick Nightly was on the ground and is kind enough to share some of his photos with the world.

Looks pretty close to a picture-perfect postcard of what I remember from visiting New York as a child in the 1980s. And I kind of doubt it’s going to be a tough-on-crime mayor that cleans up this particular version.

Speaking of cleaning up, can we get a Gulliani or a Batman to take a look at the actual, real-life Newark, New Jersey? I know ya’ll play The Street Life but gat dayum!