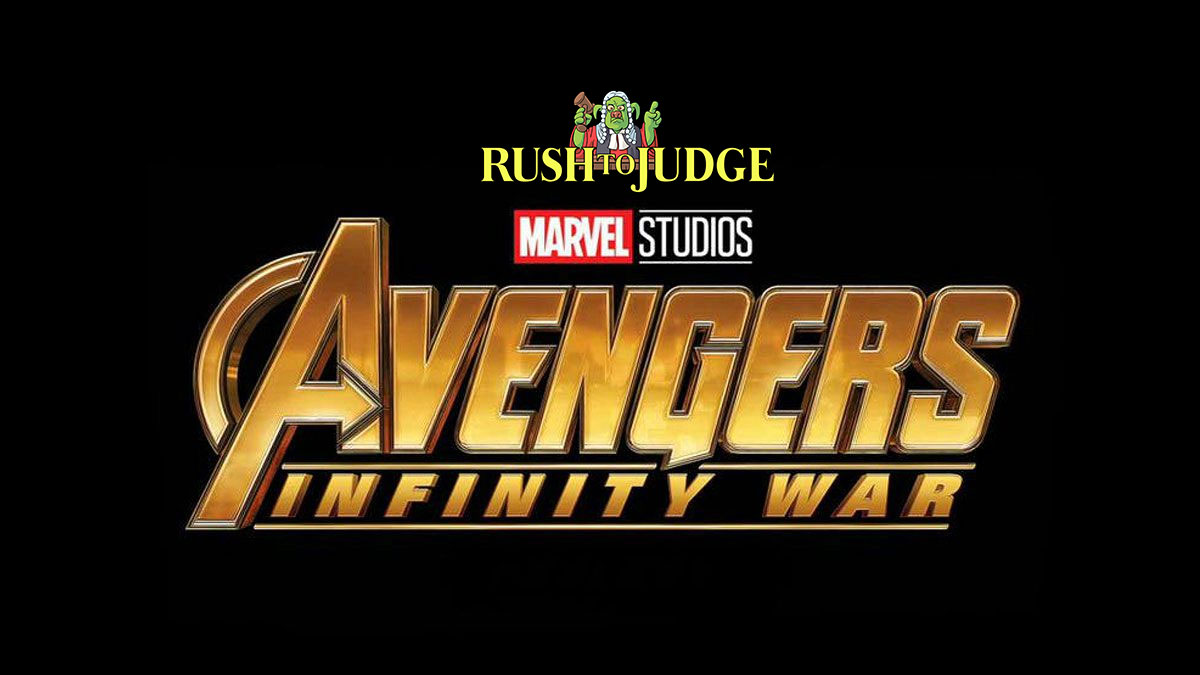 In this week’s Rush To Judge™ I will cast petty scorn or possibly begrudging praise upon Marvel’s Avengers: Infinity War (05/04/2018).

This is the 1st film of a two-part sequel to the second Avengers movie, making it the third Avengers movie, or the fourth if you count Captain America: Civil War as an Avengers sequel. You get the gist.

That’s a lot of star power and way too many people to list here. It’s pretty much everyone who has ever been in all of Marvel’s previous movies, and specifically everyone whose multi-picture contracts are up.

Who will survive the battle with the power-mad titan Thanos and who will be free to go and regret working with Woody Allen? Well here is the trailer, so let’s take a look:

Well right off the bat, Thanos’ head looks like my thumb. I am not digging his look. Furthermore, they have never convinced me, in any of the (8,9,10???) previous movies where he has shown up, that he is anything more than a nefarious, floating smirk. Thanos is mostly just a jerk.

I know Marvel has a multi-movie spanning story arc and have been building to this big cosmic hullabaloo, but to me the only threads connecting each film to the next have been end-credit cameos and something about magic stones.

Is there really any sense of menace here? Does anybody really feel that this has all been building up to something explosive, that the fate of the world is at stake and it is all going to come to a head in this movie?

I think Marvel has been making this up as they go along, changing the story up as each movie produces bigger bucks than the last one.

And honestly, super armour=super power is getting tired. Why does Spiderman have to have a robot suit? Is Winter Soldier’s metal arm really going to swing this battle? At least they are bringing in some magic and psychedelic cosmic weirdness to mix it up a little.

So the bad CGI is now so good it now makes the humans look fake? Is it that we know a person can’t move like that and CGI will never override the laws of physics visually? Or am I just getting tired of all the back flips off of cars?

Marvel”s output so far has been consistently acceptable. Weighed between the dreck(Guardians Of The Galaxy 2) and the surprisingly good(Captain America: Winter Soldier) they have produced solid, middle of the road, enjoyable family movies. The movie ticket-buying public seems to like them, and so do I.

These would be the greatest movies in the world if I was ten years old. Real live comic books! But I am 44 and do I think anyone will be talking about these movies in ten years? Not a chance.  I will watch this at home on a Saturday night with the wife and dogs and perfectly enjoy myself for the inevitable 3-hour run time this will have.(For the love of god edit these movies better!)

My Verdict: CHA-CHING! This makes a trillion dollars, easy.