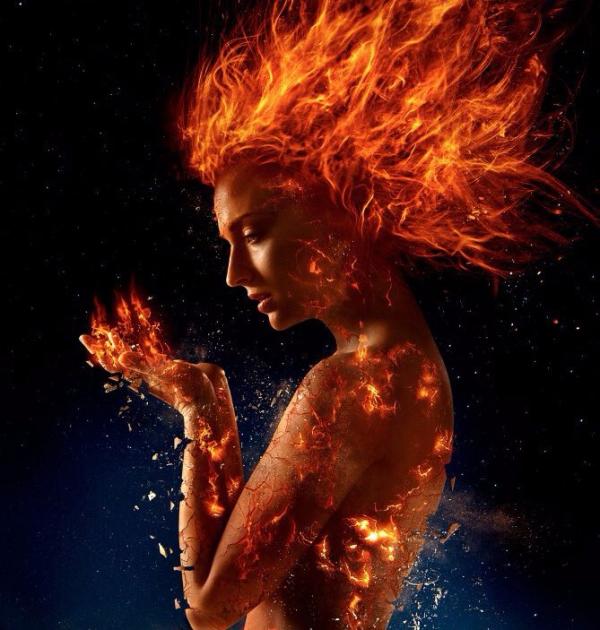 Some new pictures from the upcoming X-Men film titled X-Men: Dark Phoenix  emerged a while back via Entertainment Weekly

These images do look pretty bad-ass, but I do still have trepidation. After X-Men: Apocalypse and X-Men: The Last Stand who can blame me. And more than a few pointed out that if Jean Grey (played by Sophie Turner) could use the Phoenix force like she did in Apocalypse, then hey presto, all tension is gone, and no villain can ever pose any danger to her.  Hopefully they learned from their mistakes and at least try to get closer to the source material. This is something Fox has hated to do in the past. Instead going for “their own take on the material.  With laughable results sometimes.  They already wasted the Hellfire Club , so that’s out of the equation . I wonder if they will go with the FACT that the Phoenix isnt Jean Grey or some part of her mind, but a separate entity altogether.

That’s the thing, the EW cover says “reigniting the hottest superhero story of all time”. Now that is very debatable. Sure the Dark Phoenix saga was a pretty good story. But we never got to see it. And with The Hellfire Club gone, we never will see it. And I doubt that they will go cosmic with this movie. We wont see Lilandra and Shi´ar. Im not even sure Fox has the rights to those properties ( YET )

So building this as if there is some possibility that we will indeed get to see the “hottest superhero story ever told” is already setting fans up for a disappointment. Much like what FOX did with Logan ( biggest disappointment of the year imo ) when they suggested it would be based on the Old Man Logan story. But hey, maybe its gonna be great ( its gonna be great, that’s gonna be great ) Who knows. I do like these images regardless.

There are some other problems though.  First off, Simon Kinberg is directing the film, and also :

They still think J-Law needs to be in every movie. This is the “We gotta have Wolverine in it” all over again. Mystique has ZERO to do with the Phoenix Saga, so why keep pushing her into these movies. Give her, and me a break. She doesn’t even want to be in them !!  She said so before the last one. And now :

“I kind of f—ed myself,” Lawrence says. “Because when I was trying to talk Simon into directing, he said something like, ‘If I direct it, you have to do it,’ and I was like, ‘Of course! Duh!’ Then they offered me the movie, and I was like, ‘Goddammit!’ 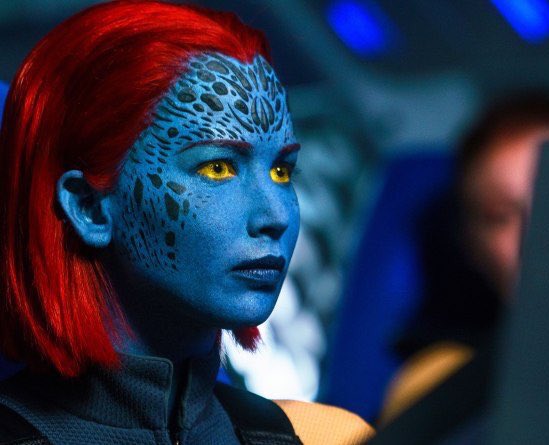 Another thing I would like to mention is the villain. The villain will be played by Jessica Chastain ( My pick for Best Actress for her role in Molly’s Game, based on trailers alone ) Now its unknown who or what her character is. But one might assume it will be another telepathic mutant, again, shame they killed The White Queen off camera. I immediately thought about Emma Frost when I saw the photo of Chastain

I guess she could also be some kind of alien . Sure, why not ? Now we just wait for the first trailer to drop. 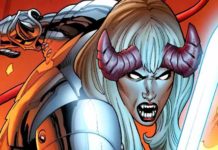 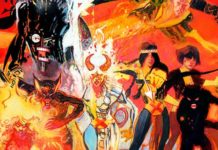 NEW MUTANTS Will End X-MEN Franchise with a Sad Whimper