“I Heard You Paint Houses”

Martin Scorsese’s next project, The Irishman will be coming to both big and small screens later this year involving a major collaboration with streaming giant Netflix.

With a reported budget of $200 million, it looks like it could be the Taxi Driver and Raging Bull director’s biggest movie yet. 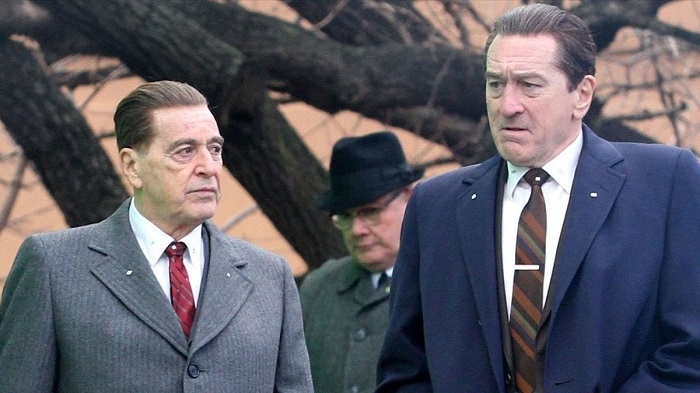 There are also some familiar faces from Scorsese’s filmography returning, including Robert De Niro, Al Pacino, and Joe Pesci. 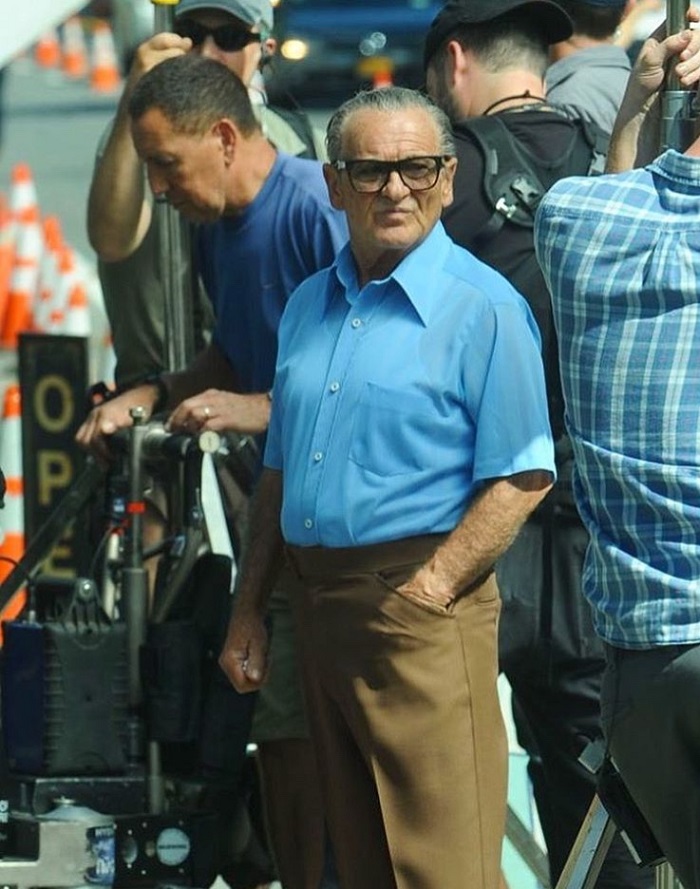 The Irishman will be released in cinemas and then followed by a release on Netflix in late 2019.

Exact dates have yet to be confirmed, but the theatrical window before home release has been insisted by cinema chains such as AMC in the US.

AMC boss Adam Aron said that they will support a release that:

“Respects the decades-old theatrical window, that suggests that movies come to theaters first for a couple of months, and then go to the home.”

Well, the cast for The Irishman is large and star-studded, with many previous Scorsese collaborators. We’re going to break down who’s who. 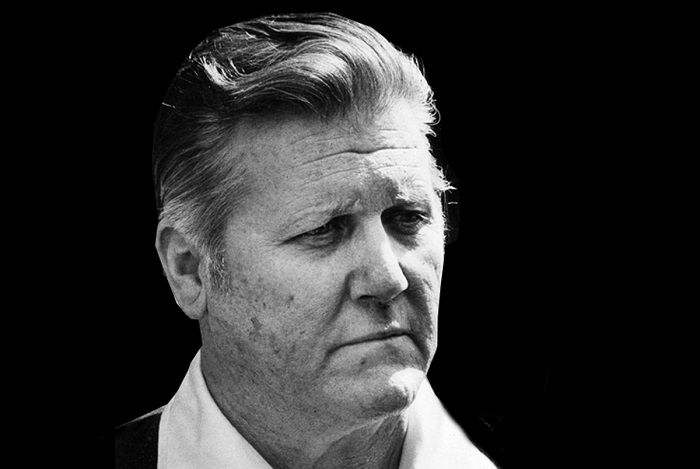 Frank “The Irishman” Sheeran was an American labor union official who was accused of having links to the Bufalino crime family. In his capacity as a high-ranking official in the International Brotherhood of Teamsters, Sheeran was a leading figure in the corruption of unions by organized crime. 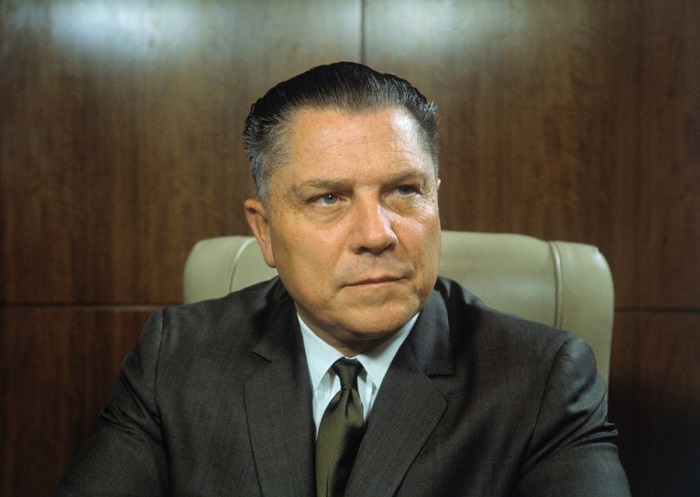 James Riddle Hoffa was an American labor union leader who served as the President of the International Brotherhood of Teamsters union from 1957 until 1971. He vanished in late July 1975, at age 62. From an early age, Hoffa was a union activist and became an important regional figure with the IBT by his mid-20s. 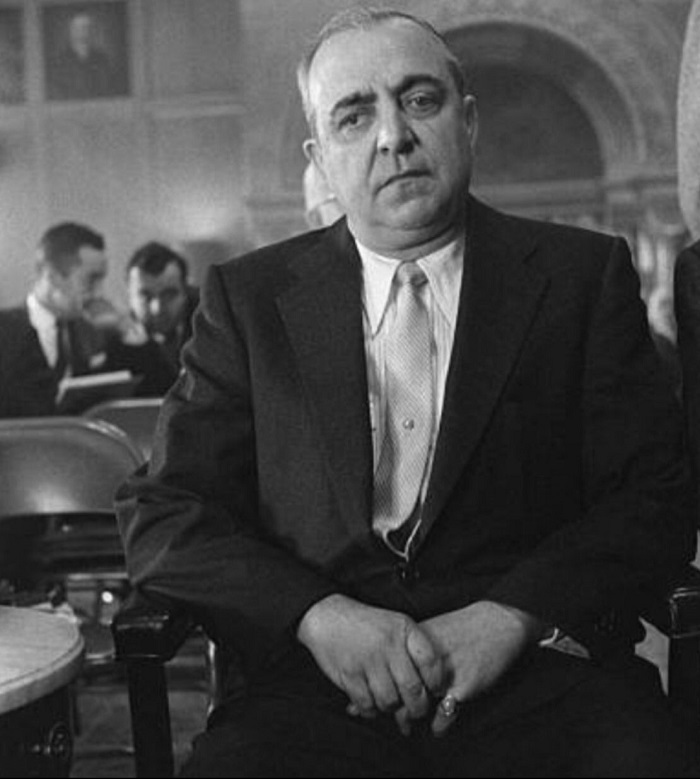 Russell Alberto Bufalino also known as “McGee” and “The Old Man”, was a Sicilian-born American mafioso who became the boss of the Northeastern Pennsylvania crime family known as the Bufalino crime family which he ruled from 1959 to 1989. 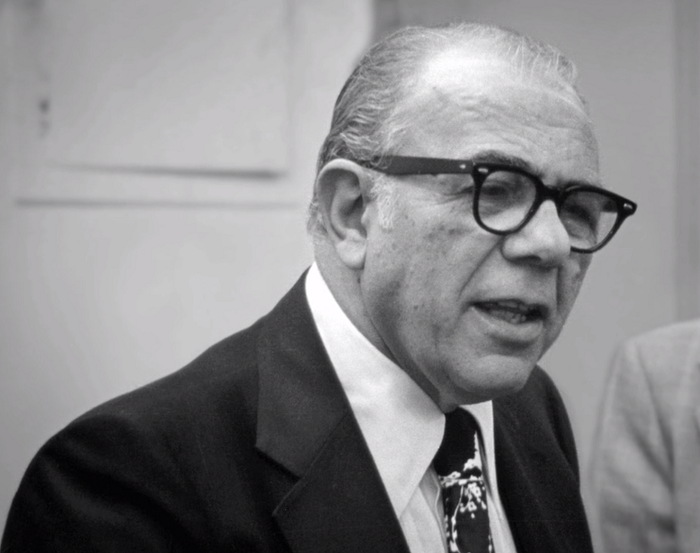 Angelo Bruno was a Sicilian-American mobster, notable for being boss of the Philadelphia crime family for two decades until his assassination. Bruno gained the epithets “The Gentle Don” or “The Docile Don” posthumously due to his preference for conciliation over violence in stark contrast to his successors. 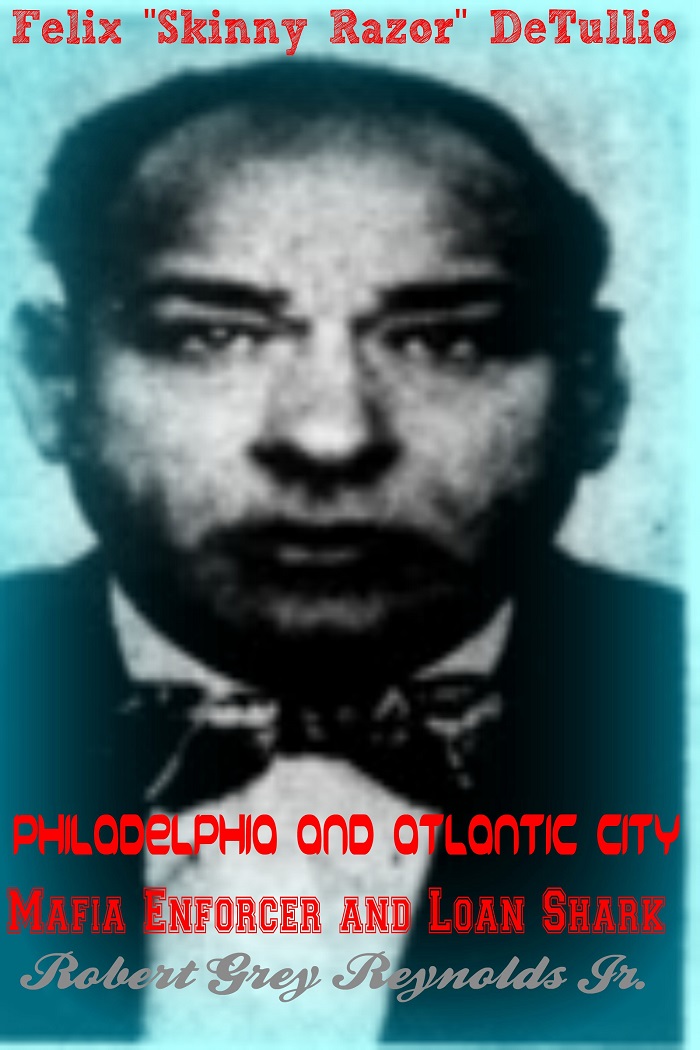 Felix “Skinny Razor” DeTullio had a stake in Atlantic City’s Club 500 and owned a Philly bar that served as his office on most days. A rough operator with cold, dead eyes, his nickname came from his fondness for razors as weapons. He often carried a thin blade in the pocket of his suit. Many people who borrowed money from the Philly mob were soundly beaten if they failed to pay back their loans.

Anthony “Tony Pro” Provenzano was a capo in the Genovese crime family, one of the five “families” that made up La Cosa Nostra or Mafia in the New York City area.

Known for his connections to Hoffa (and his subsequent disappearance) and Richard Nixon due to his position as an International Brotherhood of Teamsters vice-president who controlled Teamsters Local 560 in Union City, New Jersey. 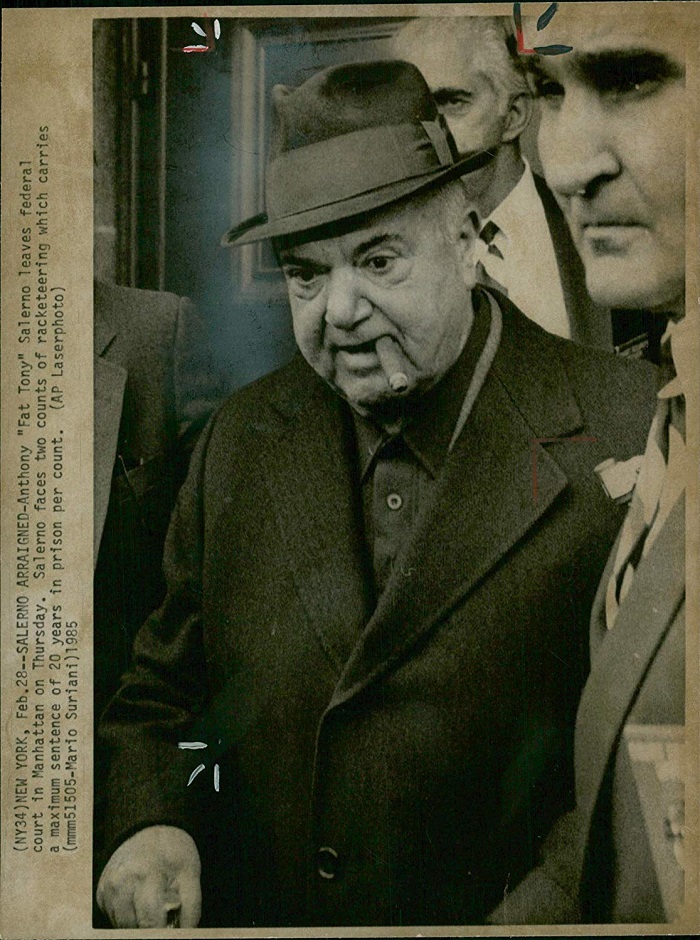 Anthony “Fat Tony” Salerno was a New York mobster who served as front boss of the Genovese crime family to family boss Vincent Gigante from the 1970s until his conviction in 1986. Usually seen wearing a fedora hat and chomping on a cigar, he was nicknamed “Fat Tony” due to his size. 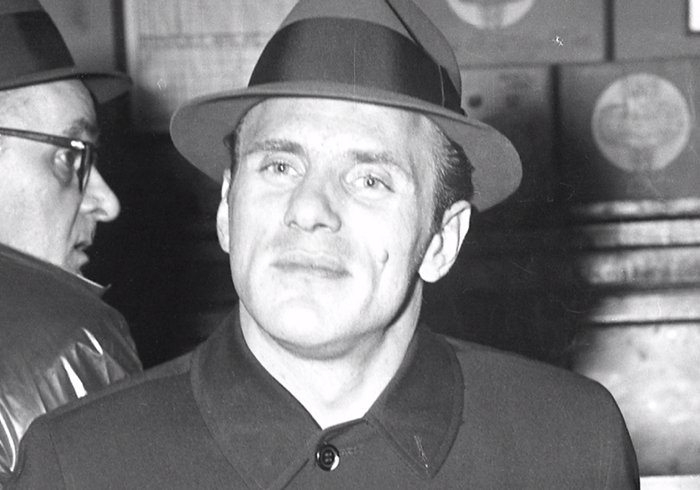 Joseph Gallo also known as “Crazy Joe” and “Joe the Blond”, was a celebrated New York City gangster for the Profaci crime family, later known as the Colombo crime family. Gallo initiated one of the bloodiest mob conflicts since the 1931 Castellamarese War and was murdered as a result of it. 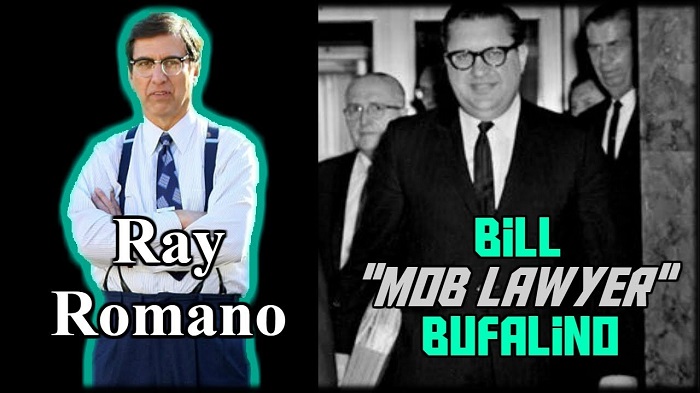 William Eugene Bufalino Sr. was an American attorney who represented the International Brotherhood of Teamsters from 1947 until 1971. He retired in 1982. Bufalino worked closely with Hoffa until he disappeared.

Thomas Andretta was a New Jersey mob associate of the Genovese crime family and was legitimately employed as a business agent for Teamsters Local 560 as was his brother. He was an associate of Anthony Provenzano. 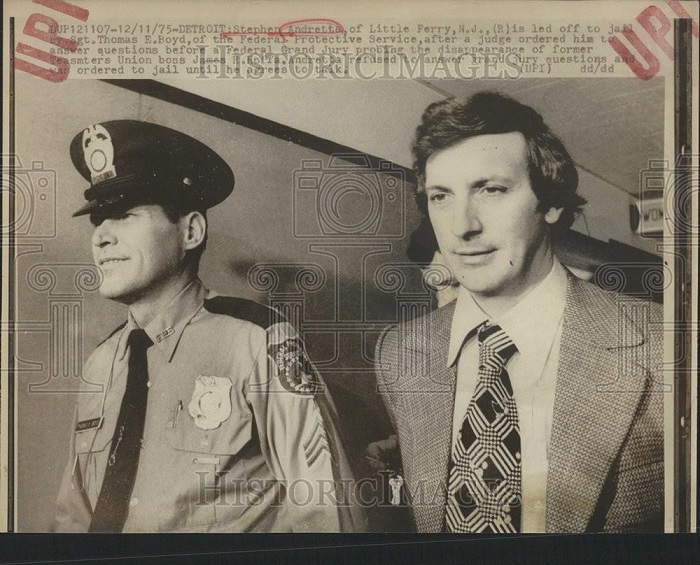 Stephen Andretta was a New Jersey mob associate of the Genovese crime family, and brother of Thomas. He too was an associate of Provenzano, and Teamster of the Local 560 where other mob members and associates were employed. 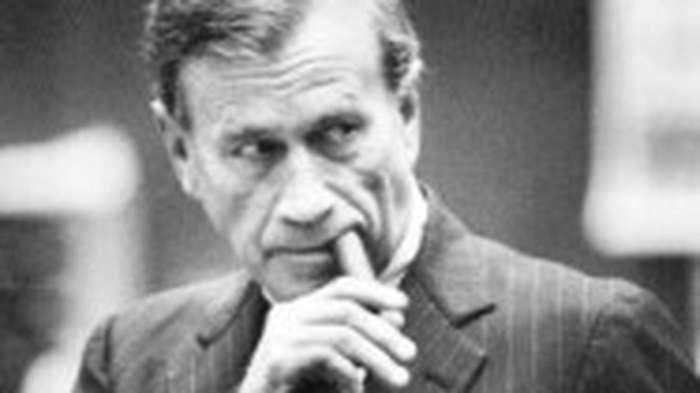 James Foster Neal was an American trial lawyer who led multiple U.S. Justice Department investigations and prosecuted Hoffa, as well as top officials of the Nixon Administration in the Watergate scandal. 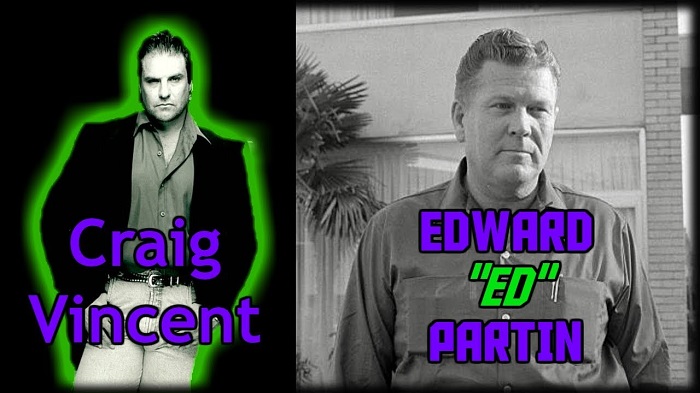 Edward Grady Partin, Sr., was a business agent of the Teamsters Union in Baton Rouge, Louisiana. His testimony in 1964 helped to convict union president Hoffa of jury tampering. 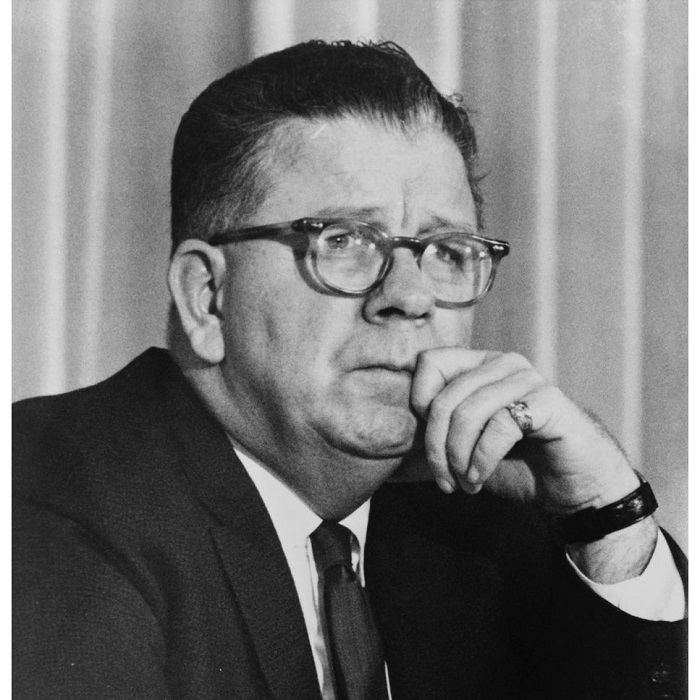 Frank Edward Fitzsimmons was an American labor leader. He was acting president of the International Brotherhood of Teamsters from 1967 to 1971 and president from 1971 to 1981. 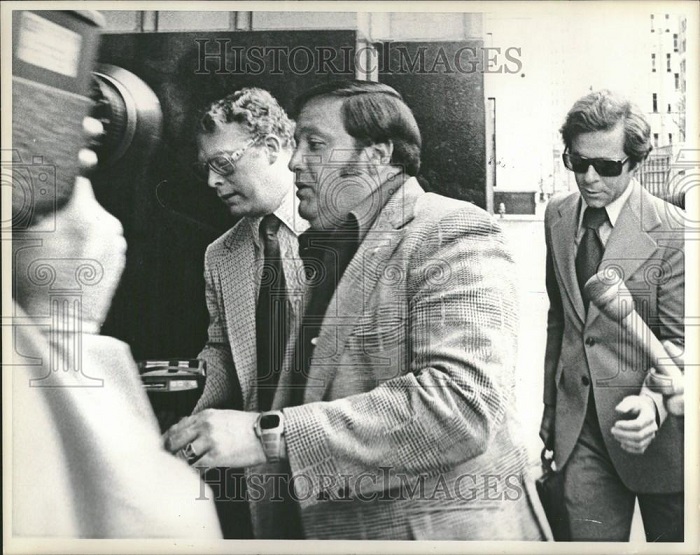 Charles “Chuckie” O’Brien was a longtime friend of Hoffa. Police and Hoffa’s family had long believed O’Brien played a role in Hoffa’s disappearance. 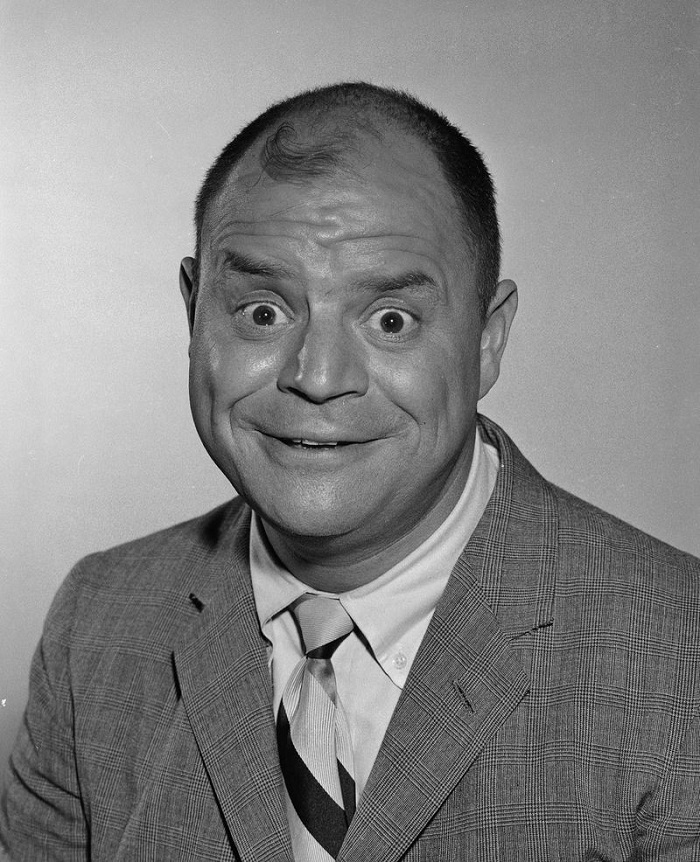 Donald Jay Rickles was an American stand-up comedian, actor, and author, known especially for his insult comedy. His routines were often performed in front of blacks, whites, Jews, Italians, politicians, and the gangsters attending his shows. 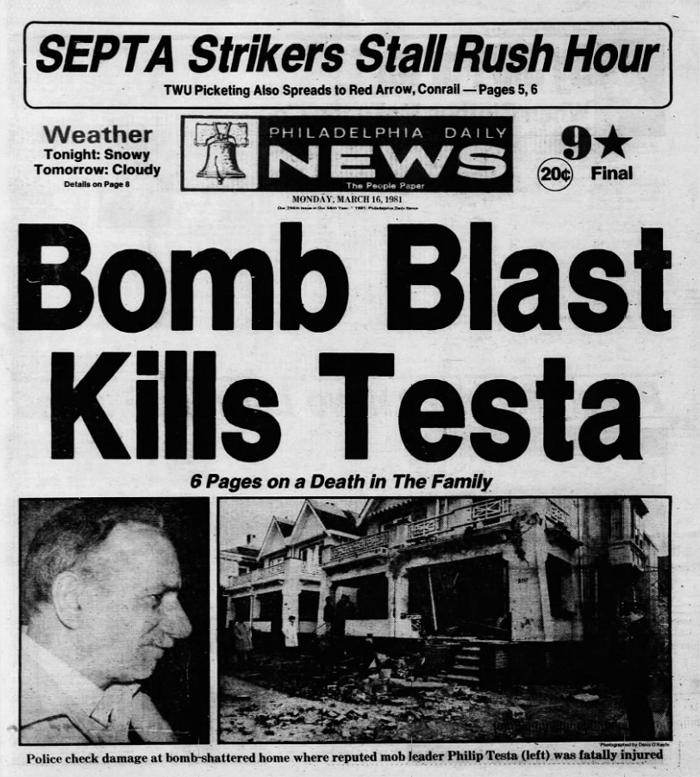 Philip Carlo Testa, also known as “The Chicken Man” or “The Julius Cesar of the Philadelphia Mob” or “Philly”, was a Sicilian-born American Mafia figure known for his brief leadership of the Scarfo crime family. Testa became Don after former boss Angelo Bruno was murdered. 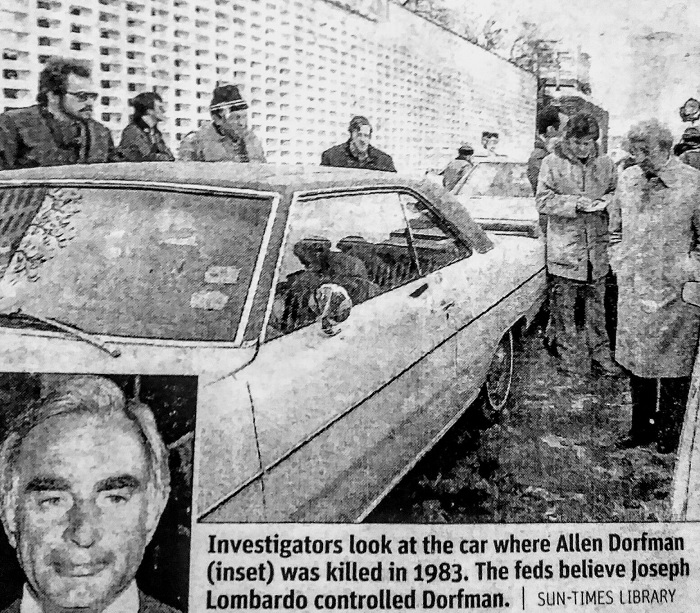 Allen Dorfman was an insurance agency owner and a consultant to the International Brotherhood of Teamsters (IBT) Central States Pension Fund. He was a close associate of Hoffa. 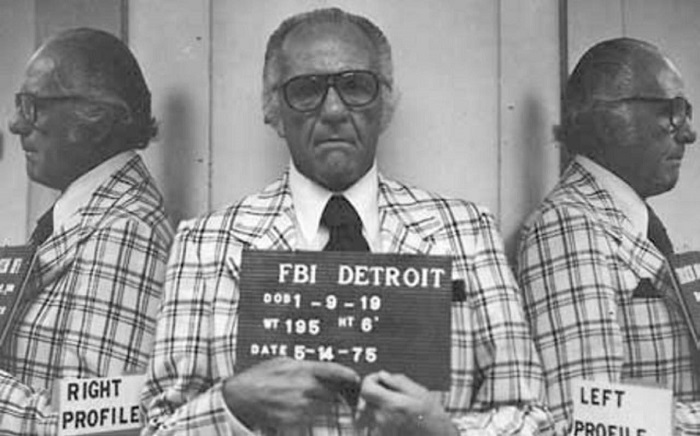 Anthony Joseph Giacalone known as “Tony Jack”, was an organized crime figure and capo in the Detroit Partnership. He came to public notice during the 1970s during investigations into the disappearance of Hoffa, as he was one of two Mafia members – the other being Anthony Provenzano – that Hoffa was to meet the day he disappeared.

Ewing King was a member of the International Brotherhood of Teamsters Local 327 in Nashville. He was found guilty of attempting to influence the jury in Hoffa’s trial in Nashville in 1962 on charges of accepting illegal payments from an employer.

We still don’t have a full trailer as of yet, but Netflix did release this ominous teaser:

The film is based on the true story of Frank Sheeran, the corrupt labour union official who had ties with the Bufalino crime family and the wider organised criminal underworld.

The official synopsis released by Netflix is as follows.

“Frank Sheeran is a World War 2 veteran and a former hitman for the mob. His time spent during the war in Italy made him a talented killer. To make ends meet, Frank utilizes his skills to become a hitman for the mob. Now in his old age, Frank reflects back on the moments and hits that defined his mob career. Especially his role in the disappearance of his old friend Jimmy Hoffa, a former president of the International Brotherhood of Teamsters that went missing in 1975, never to be seen again.” It sounds like it should potentially be a face-off between Pacino and De Niro’s characters.

The Irishman will be released in cinemas and on Netflix in late 2019.