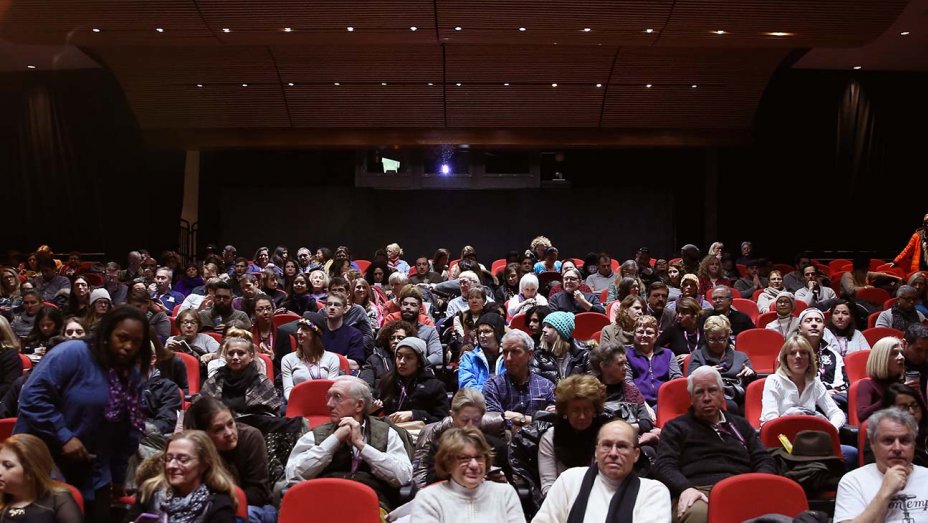 This Isn’t Just About Republicans and Democrats

Oh, the simplicity of competition and classification:

Americans vs The Rest of the World.

Since the Twin Towers fell (or were knocked down, take your pick) American filmgoers have increasingly been pushed into segmenting into two opposing groups.

The mainstream news media — which tends to trend politically and culturally Progressive — writing from the East and West Coasts, and dictating to the remaining 80% of America, frames these two groups as Republicans and Democrats (or Red and Blue).1

But in America and increasingly worldwide, the facts on the ground don’t support this framing.

The mainstream film culture media, a conglomerate of corporatized, compromised, cultural commissars, dedicated to the shill, the promotion, the shameless public relations plug, and to being invited to all the “right” parties in Venice, Telluride, Toronto, and everywhere else, play this division game as well.

The simplicity of eroding cultural arguments into historically specific political screeds, allows film cultural commissars to play their game of dividing, conquering, and then picking up the pieces in order to build a “better” world.

Whatever that may mean.

It’s easy to ask the question: Why do Americans go to the movies so much?

It’s much harder to dig into the facts and the numbers in order to ask — and potentially answer — a much better question: Why do Americans, in general, across all political and social spectrum, continue to go to movies in the theater anymore at all?

“Sometimes a dream almost whispers… it never shouts. Very hard to hear. So you have to, every day of your lives, be ready to hear what whispers in your ear.” – Steven Spielberg

The statistics are showing that Americans, across the entire political and social spectrum, are declining in their overall film attendance. Yes, Avengers: Endgame may have warped the box office numbers for Disney in the short-term, but that’s because the film came at the end of a fifteen-year build-up.

And, this build-up has come at the expense of the types of movies that would attract filmgoers to the theater — particularly American filmgoers — in droves who aren’t comic book fans or casual cultural watchers in between Facebook posts.

While fewer Americans went to the movies in 2014 than in the past two decades, the rest of the world is rushing to theaters. In 2013, worldwide revenue from motion pictures reached $35.9 billion as international markets blossomed, growing 33 percent since 2009.

A market hotly pursued by Hollywood is China, the first country outside the U.S. to pass $3 billion in receipts in a year. The seven-day National Day holiday in October and China’s Valentine’s Day in August are fertile times to release pictures. But Chinese New Year has established itself as a new box office season.4

International Audiences Seek Their Own Narratives

People in other countries only see the entertainment that America exports.5

This has always been historically true, and the Internet didn’t do much to change that.

With a preponderance of YouTube channels, Facebook friends, SnapChat videos, and even Instagram Posts, the fact is that, at a cultural, historical and even entertainment level, we choose to remain friends and connected to those who look like us.

Some 12-year-old in Mumbai, India might have 65 million views of a “fail” video on YouTube, but you aren’t watching that in Olathe, Kansas. You aren’t even looking for that as a warm-up to going out to the movies on a Friday night.

The “thumb on the scale” here is that mass media — the kind of media that created, marketed and distributed the Hollywood culture we have today for the last 100  years — still works to spread cultural messages internationally really, really well.

As that notorious lefty, academic media critic, Marshal McLuhan said back in the day:

“We become what we behold. We shape our tools, and thereafter our tools shape us.”

In the heyday of Hollywood, when revenues from international receipts were almost nil, the exporting of star vehicles like West Side Story, King of Kings, and even El Cid and The Guns of Navarone, to an international audience were designed and marketed to accomplish three goals at once:6

But, the myth of the West only really works in an American context.

It sounds only vaguely tone-deaf when exported to countries with a history of military failure, colonial expansion, genocide and terror in a post World War 2 context.

At that point in history, the Hollywood Myth of the West became, not a cynical thing, but a thing of hope and freedom, a beacon to aspire to.

Sixty years on, following a few failed wars, and a few successful terrorist attacks and a few well-distributed conspiracy theories about American political leadership later, that kid in Mumbai might be taking in Avengers: Endgame and posting memes about it in Facebook groups, but he’s getting culturally inspired by what he sees close to home.

Meanwhile, in America, the flame of the beacon of hope eventually sputters out.

Life is Hard at the Tail End of the Empire

The last 40 to 50 years have not been kind to film culture — or overall political and social culture — here in America.

And, while materially things have improved tremendously, the fact is, spiritually (and we’re not talking religion here, which has been on the decline in the US for the last 25 years) Americans are morally bereft, culturally adrift and politically questioning.

We can see this in declining American film attendance at the movie theater, overall.

From the Morning Consult/Hollywood Reporter 2019 study of film attendance:

During a survey in June 2019, it was found that just 14 percent of U.S. adults visited a movie theater one or more times per month, but 46 percent stated that they went to the cinema to watch a movie once or year or less. Another survey earlier in the same year revealed that visits to the cinema can vary according to generation.

On average, 34 percent of Gen Xers had seen one movie within the last month, compared to 43 percent of those classed as being members of Generation Z.

The fall of the Twin Towers and the subsequent questioning of the federal government and law enforcement didn’t make film attendance tick up.

The knitting together of smaller and smaller segments of culture and society under the aegis of the Internet did not grow Americans closer.

In fact, it made Americans less likely to trust and unite and more likely to separate and “other.”

And, Hollywood’s response to the Twin Towers and other events in America over the last twenty years , including the scrubbing of images of the Twin Towers from films and movie posters, all the way to tone-deaf critiques of the US military and political structure’s response to 9/11 (Redacted, 25th Hour, and on and on) haven’t knit the country together in the dark of the theater.

Life Is Malevolent, Dark and Dreary. So, You Might as Well Take In A Movie.

Why do Americans line up for films at the theater, in light of the dichotomies we’ve touched on?

Why do Americans continue to spend their hard-earned, disposable cash on a Friday night out at the movies?

Why would Americans do that in the face of the presence of every entertainment choice available to them?

I think there are several answers to all of these questions, and the answers serve to create the beginning of understanding what is happening in America at a macro, and micro, level.

Most of the people in the country aren’t stupid, “deplorable,” or any other pejorative term.

Most Americans are aware that their neighbors are different than them.

Americans want to escape that knowing.

This is the reason for the growth in opioid use, heroin use, cell phone use, obesity and any number of other personal decisions toward narcotization against reality that eventually have long-term societal effects.

Americans Know They Have Choices

American filmgoers have access to a plethora of choices and have had for longer than many other people on the planet, and they are so used to the presence of those choices, that they are loathed to deny them to other Americans, no matter what a few crazy people (2.2 million as of last count) may say on Twitter.

Thus, Republicans may carp about South Park’s scatological humor or Angelina Jolie’s ill-thought-out political stances, and Democrat may scream about boycotting and “de-platforming” Bruce Willis or the next Dave Chappelle stand up special, but we are loathed to censor at the individual level. No matter what the loud and “woke” may have you believe.

This shouldn’t be controversial, but it is.

Chinese people don’t care about what American audiences want. And Bollywood has been going for a century or more now, with nary a vote by a dollar cast from an American from Gulfport, Mississippi or Shreveport, Louisiana being any the wiser.8

Americans expect (naively, I believe) that Hollywood films will appeal to their sensibilities.

This attitude is gradually changing and by the time another 20 years pass, most American audiences will probably be open to accepting a panoply of films from different sensibilities.

This is not new.

The same thing happened to European cinema in the 1970s and the 1980s when they lost in the competition for the audience attention to the Americans.

Americans Are Looking For Really Big Spectacles To Entertain Them

Bill the Butcher was right in Gangs of New York.

Hollywood ruled the American filmgoers’ conscious through spectacle — and, in some cases, fearsome acts — for almost a century.

And now, in the first 20 years of the 21st century, the little fishes spawned by the Internet — essentially Facebook, Amazon, Netflix, and Google or FANG, as they’re known in marketing circles — have begun to nibble, bite, knaw and tear at the edges of Hollywood based dominance of audience attention.

But, until FANG can deliver Avengers level spectacle to audiences in America who are desensitized to the point of cynicism and exhaustion, they won’t be as dominant as the Hollywood cultural machine.

I foresee Americans continuing to attend films in droves for another 20 years or so. But the droves, in comparison to the growing audiences focused on getting entertainment through other media delivery systems such as home theaters with streaming capabilities, and even tablets and phones will continue to get smaller and smaller over time.

And, with the eventual rise of new platforms such as virtual reality and augmented reality (Ready Player One, anyone?), and the new business models that will sprout from them, I see Americans attending movies in person, Republican or Democrat, far, far less in the future.