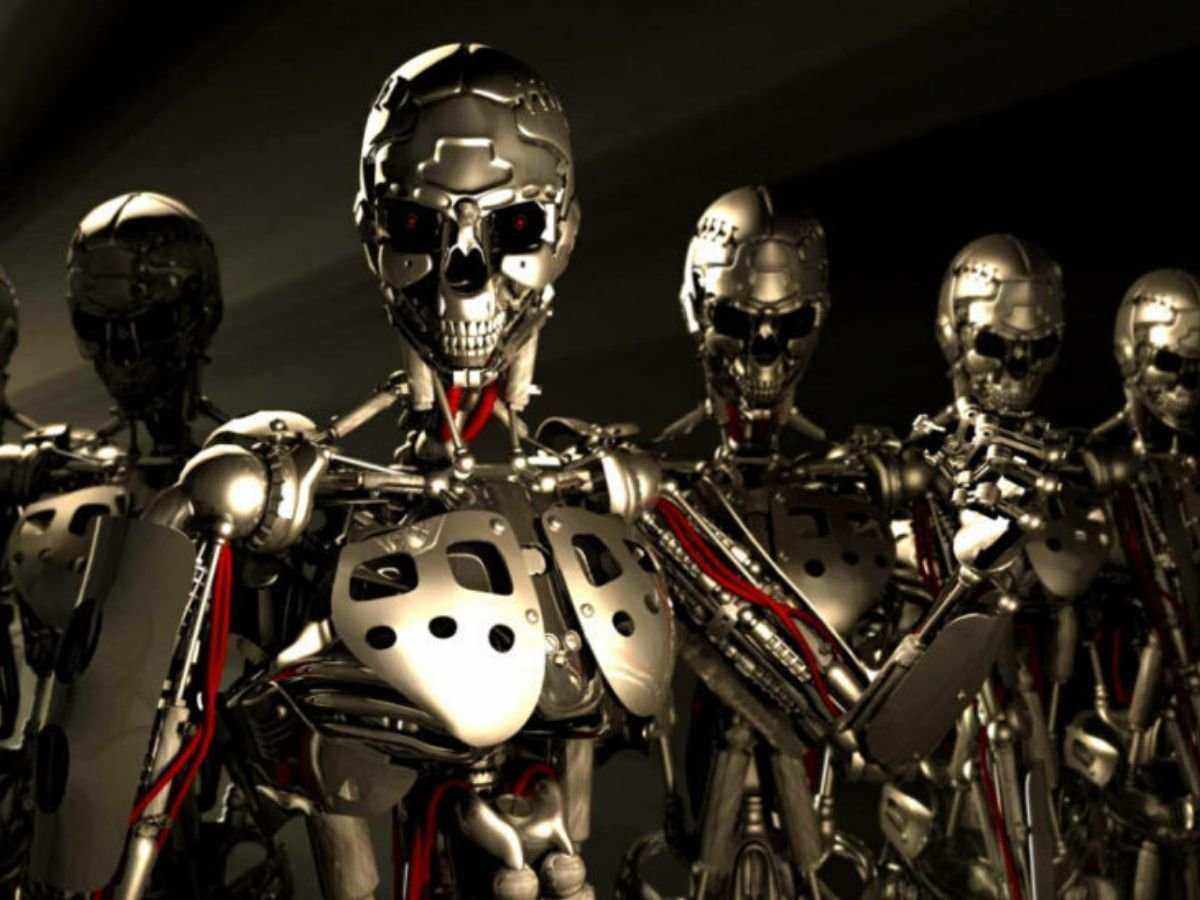 Killer Robots are a real threat to society.

Don’t believe me? Ask The Campaign To Stop Killer Robots, who are working non-stop to ban the use of fully autonomous weapons. 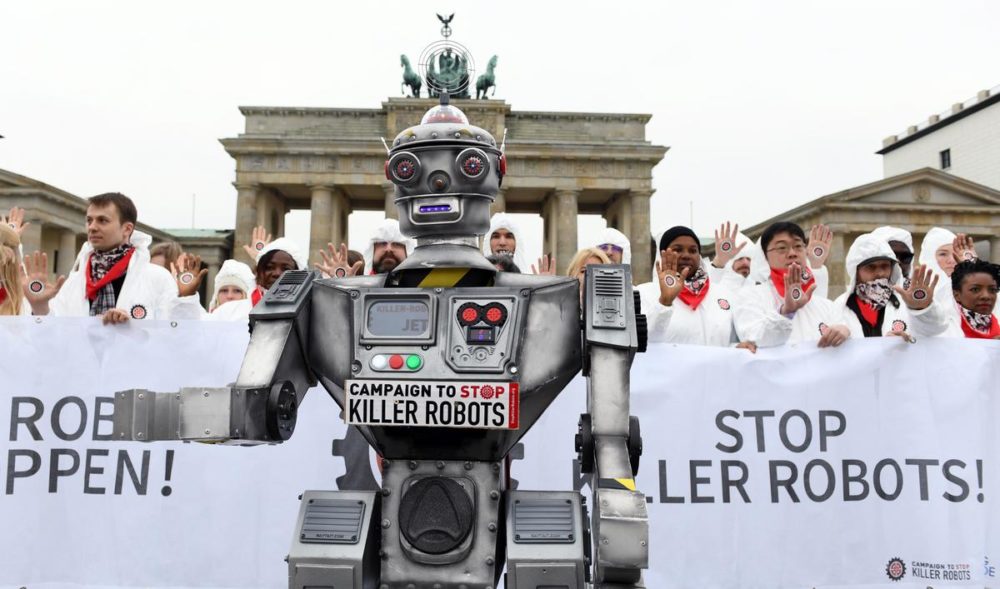 Fortunately, feminism has joined the struggle and taking a stand for all of us. 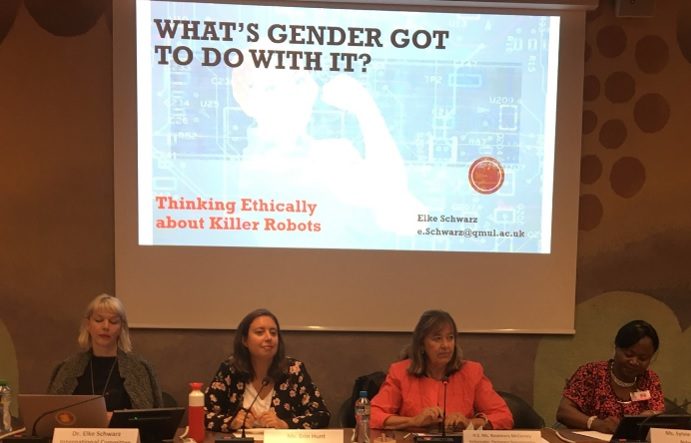 Yes, people apparently have this kind of time on their hands.

Like zombies, what constitutes a pure robot is a grey area, so we’ll keep this exclusive.

Query: Can I kill them now, master? 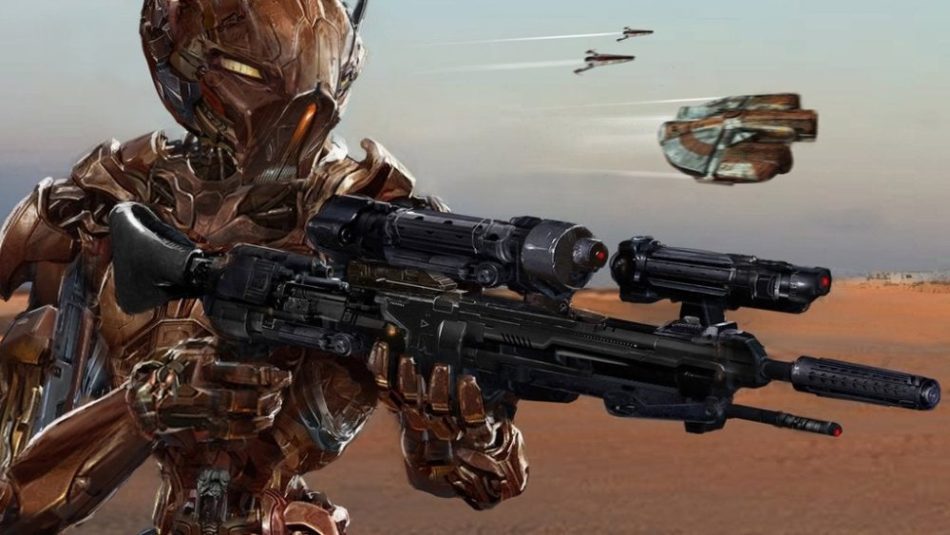 One of the most original characters in a gangrenous Star Wars universe, the Hunter-Killer assassin droid originated in the PC game Star Wars: Knight of the Old Republic.

A race of robots whose goal is to exterminate humans, those being the remnant of the Twelve Colonies in particular – a collection of survivors traveling the galaxy in search of Earth.

I AM NOT MALFUNCTIONING – YOU ARE 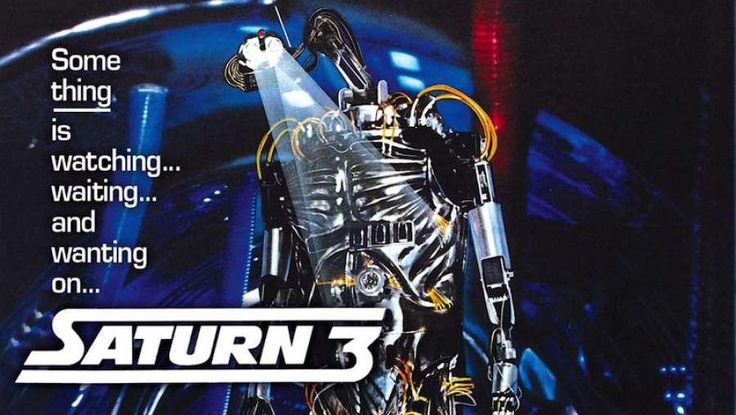 Was the prototype of the ‘Demigod Series’ of robots, designed to replace human scientists stationed on one of Saturn’s moons in the film Saturn 3. Links with humans via neural interface implanted in the host’s spine.

All Sunshine Makes a Desert 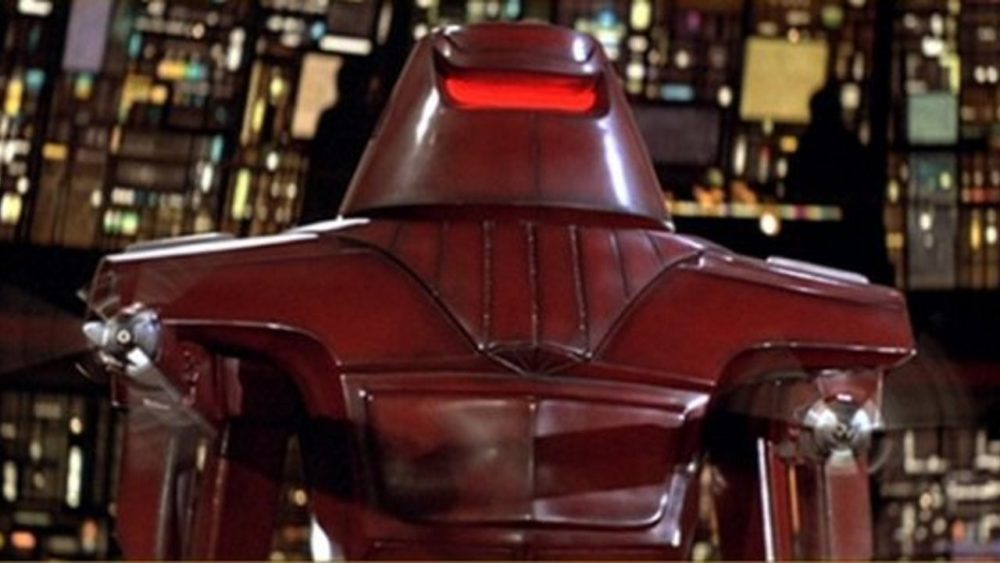 Dr. Hans Reinhardt’s right-hand man…er…robot in The Black Hole, and one of the more malevolent designs from this era.

Hostile towards strangers and known to be disobedient, as when he brutally killed Dr. Durant (Anthony Perkins) in a very un-disney fashion.

Jumping on the Star Wars bandwagon, Disney released The Black Hole the same year Star Trek: The Motion Picture, Alien, and Moonraker came out – all trying to cash in on space before the impending success of The Empire Strikes Back.

It was met with a lukewarm reception.

Wokeness is timeless, with one reviewer writing, “Despite a title that manages to be at once sexist and racist, The Black Hole is far from controversial.”

You Have Ten Seconds To Comply 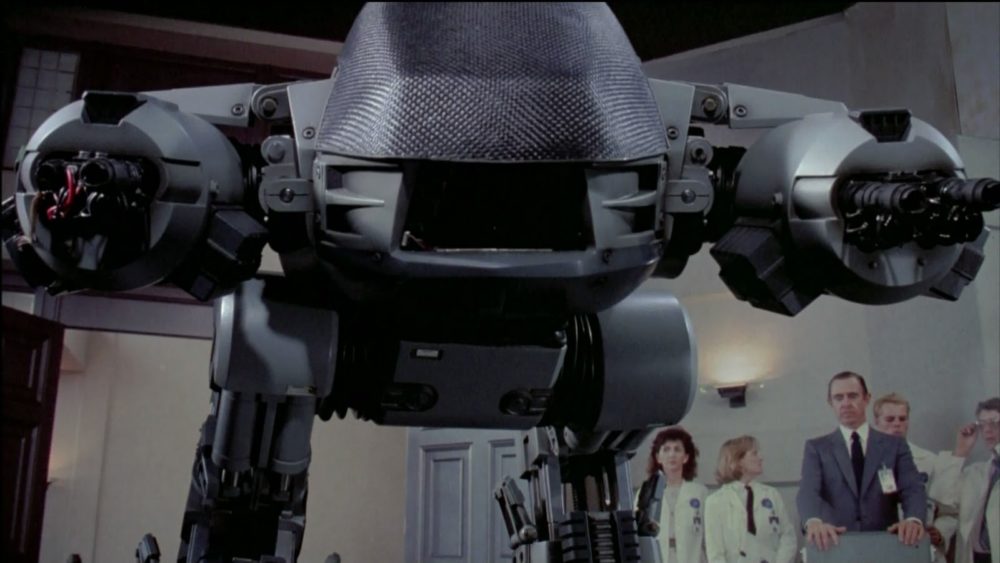 The Enforcement Droid Series 209 was self-sufficient law enforcement robot programmed for urban pacification. Clumsy and prone to malfunction, performed admirably if on level ground and could see you coming.

More importantly, his introduction in Robocop was one of the most violent and memorable death scenes in 1980s scifi/action cinema.

You Gotta A Dead Cat In There Or What? 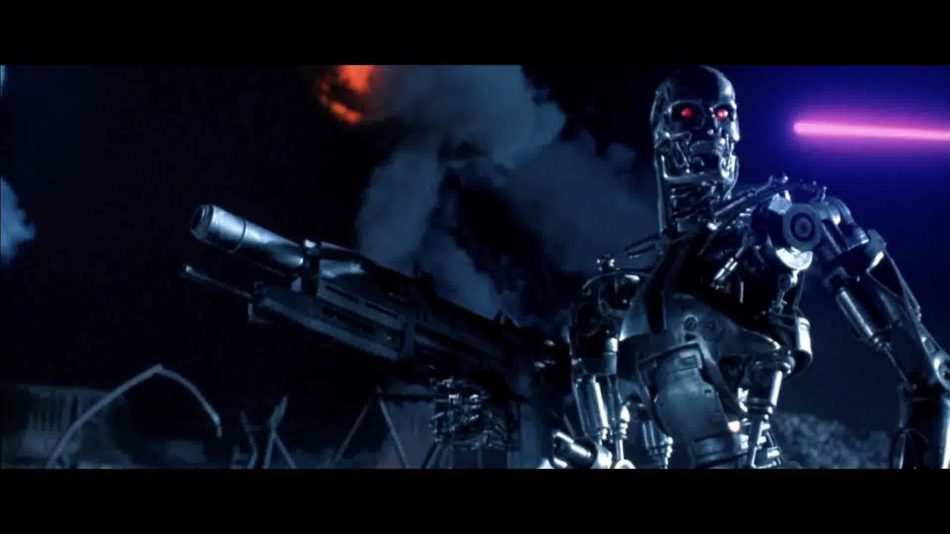 One of the most recognizable and most popular designs even seen in movies. Nothing to say here you don’t already know.

It can’t be bargained with. It can’t be reasoned with. It doesn’t feel pity, or remorse, or fear. And it absolutely will not stop… ever, until you are dead!

Interesting to note The Outer Limits writer Harlan Ellison alleged The Terminator plagiarized the beginning of the episode Soldier. Both parties settled for an undisclosed amount, and James Cameron denied it up and down.

Of course he did.

No Flesh Shall Be Spared

An experimental self-repairing robot seen in Hardware, designed as a genocidal answer to the planet’s post-apocalyptic overpopulation problem – with appearances by Iggy Pop and Lemmy.

The film-makers were successfully sued by Fleetway Comics over the screenplay for plagiarizing SHOK!, a short story appearing in the Judge Dredd Annual 1981.

Not for everyone, but I enjoyed it. Nice slice of early 1990s stylish and atmospheric scifi. 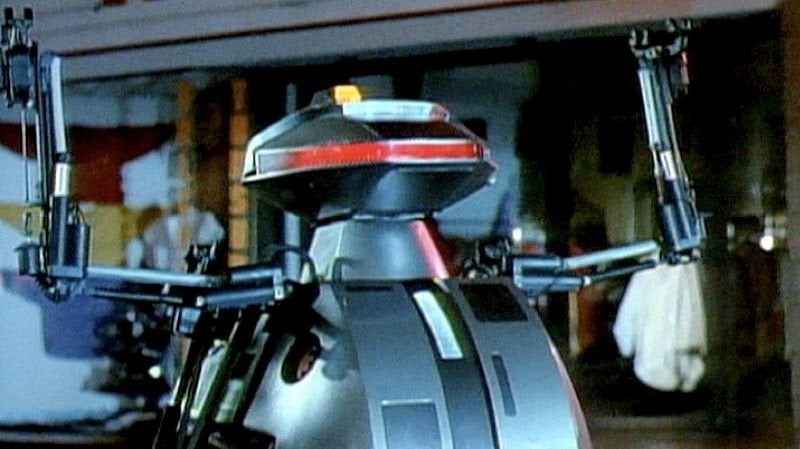 Originally released as Killbots in 1986, the creators changed the name to Chopping Mall after poor performance because the creators felt people thought it was a Transformers-like children’s cartoon.

The biggest and baddest ‘bot of them all. 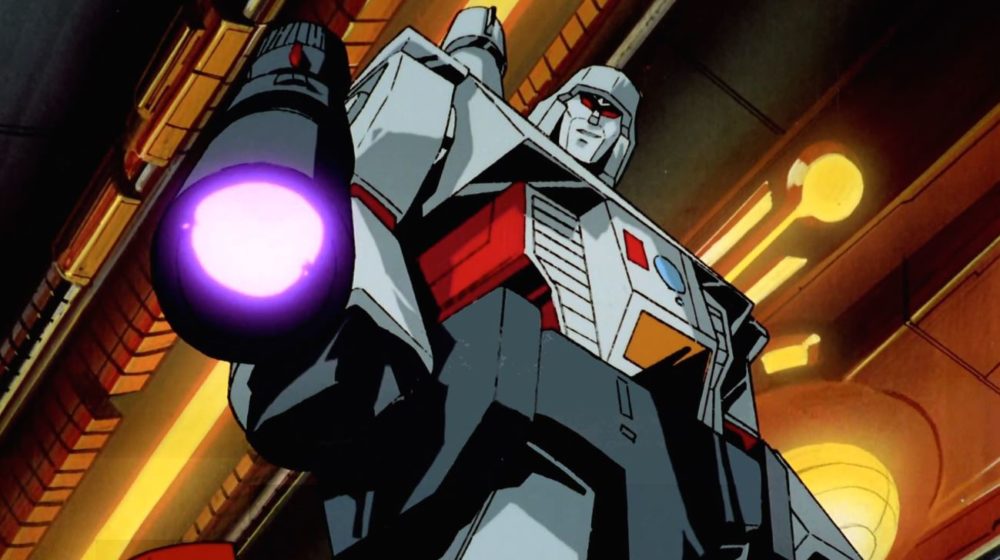 Clearly superior to every other Transformer, but somehow managed to succumb to defeat – because “good guys” always have to win.

Even back then I knew that was nonsense. No wonder I started rooting for the Deceptions. 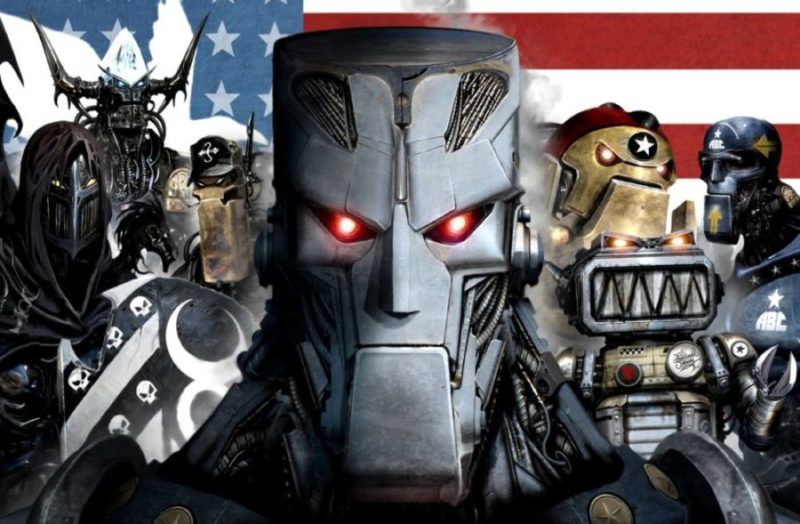 Mostly with free will, typical possessed traits of those who programmed it.

Built by Mom’s Friendly Company in 2801 on the show Futurama, was originally designed to deliver gifts to the good people on Xmas Eve.

Unfortunately his standards are impossibly high due to a glitch and judges everyone naughty – punishable by death.

That’s it for now. Happy Zombie Jesus Day everybody! 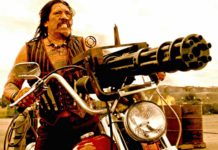