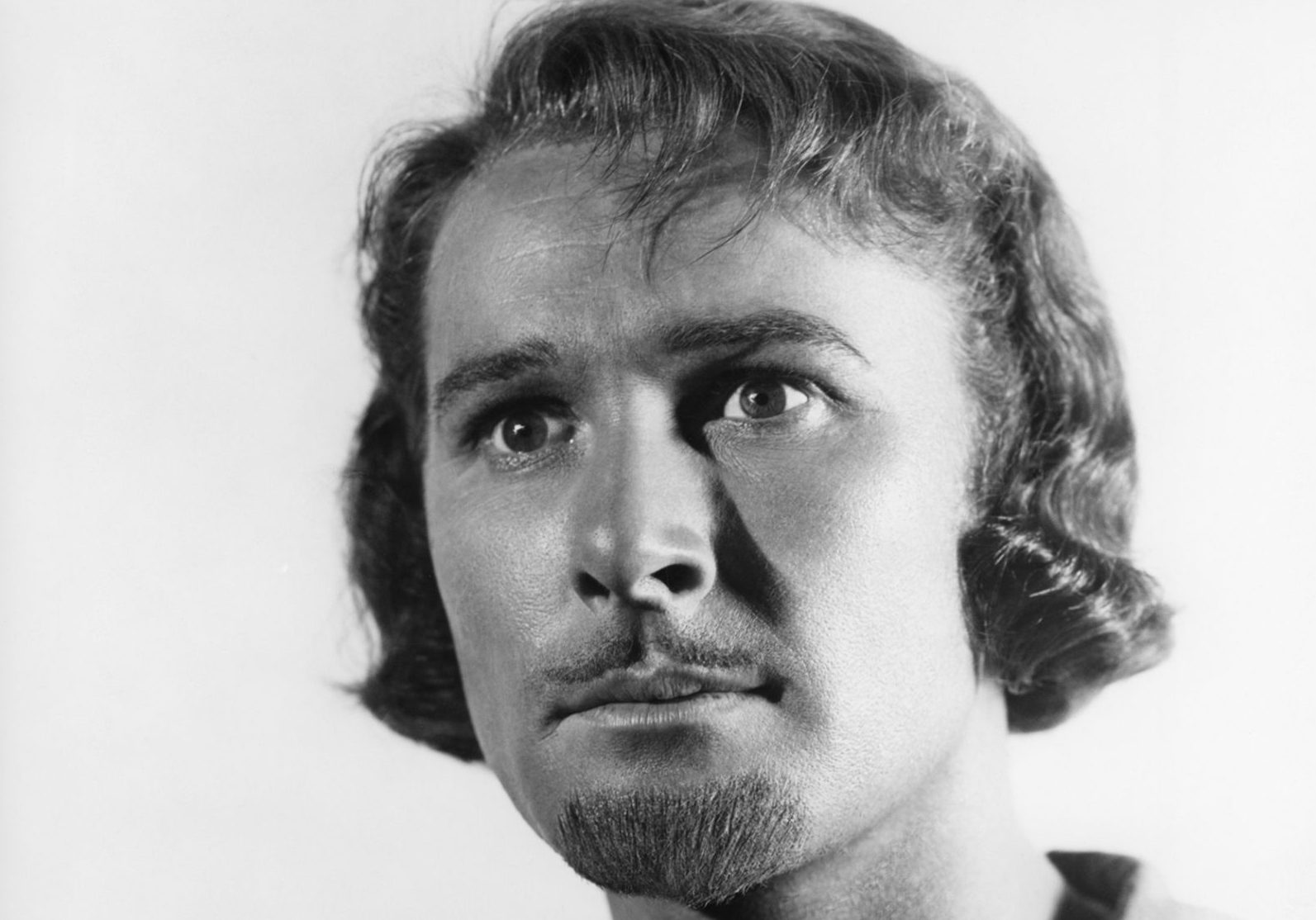 May 14th, 1938 saw the release of what I feel is the definitive version of the tale of Robin Hood and his merry men.

The Adventures of Robin Hood is rightly hailed as a truly classic film. It starred Errol Flynn, Basil Rathbone, and Olivia de Havilland all at the pinnacle of their acting prowess and drunken cockiness. Directed by Michael Curtiz the film went on to win 3 Oscars that year.

I first saw this flick on TCM one night at 3 am.

It seemed a bit dated and a little corny at first, but then the sword fighting started. Fan-freaking-tastic. Between the music and the intensity of the fighting it truly felt like Errol and Basil were actually trying to beat the shit out of each other.

Some real effort was put into the filming of this. According to IMBD:

Swordmaster Fred Cavens, who staged the duels in Captain Blood (1935), was assigned to make the fight scenes exciting. Cavens believed the duels should be magnified and exaggerated for effect. His approach was to create a routine that was choreographed like a dance, with counts and phrases

During the filming Errol was jabbed by another actor with an unprotected sword and when he looked into why:

The other player apologized and explained that director Michael Curtiz had instructed him to remove the safety feature in order to make the action “more exciting”.

Well, Flynn wasn’t having any of that:

Flynn reportedly climbed up a gantry where Curtiz was standing next to the camera, took him by the throat and asked him if he found that “exciting enough”.

Robin Hood is an enduring myth and there will always be films and shows trying to tell the tale again. Needlessly in some cases(looking at you Maid Wachowskis).  For me personally, The Adventures Of Robin Hood is the only one you need.

Bookmark Filmgoblin.com to stay in the know.