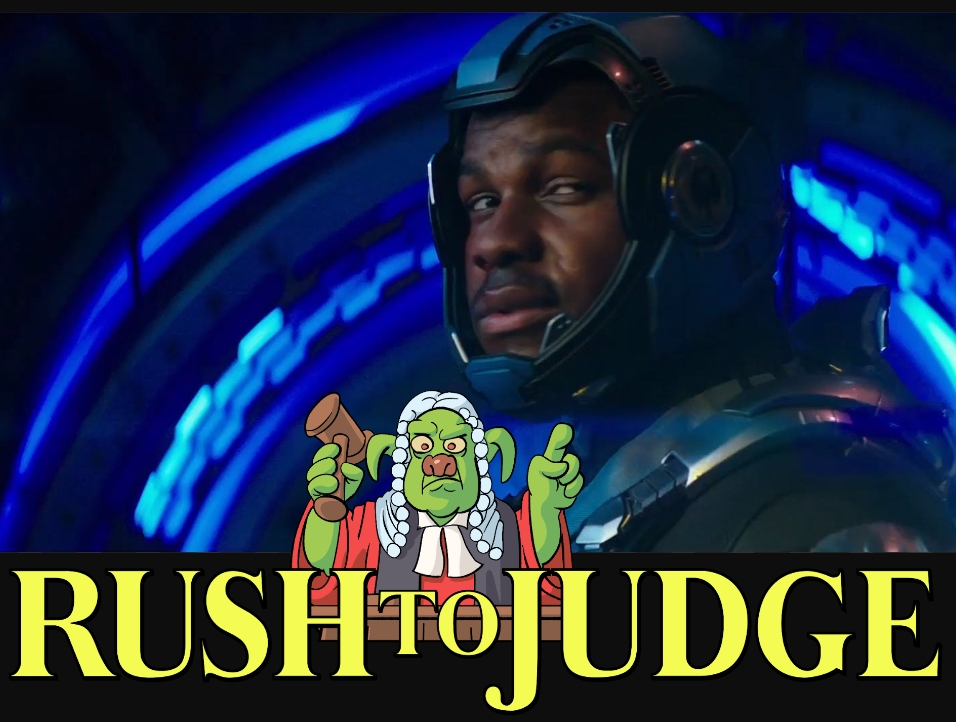 In this week’s Rush To Judge™ I will be using unchecked myopia to preemptively decide if Pacific Rim: Uprising (03/23/2018) is worth a damn.

Now I am probably the only person,besides a whole bunch of 9-year-olds, who will say this:  I liked Pacific Rim.  I always leave it on when I catch one of the 75 showings a week on the FX channel. I think it fully embraced the robot vs monster trope and ran with it. Will the sequel add to this saga of robots perpetually saving the world or just be dogshit? Let’s look at the trailer:

It’s dogshit. The only reason this isn’t going straight to the CW network is that the Chinese like their robot movies. Spend as little as possible and recoup x10 the $ on the foreign markets.

Love him or hate him,  and excluding the $400.00 a bottle tequila peddling,  Guillermo del Toro has a distinct and creepy storytelling ability. His movies always draw me in with the visual ambiance and creature work. I enjoy them even if the stories are so-so (looking at you Crimson Peak).

Pacific Rim: Uprising is obviously missing that. As much complaining as there was about the 1st movie taking place in perpetual darkness, we now have conclusive evidence as to the reason why. The robots look like they are in a separate movie from the actors.

This is a visually flat, limp scripted, pumped up television show. We have knocked off versions of the original characters, hip-hop music, MORE jaegers with COOLER powers, hip-hop music, hyperkineticly edited robot karate fights and a super big bad monster with a super big bad secret ability that there is no way to beat unless this ragtag group of misfits deal with their troubled pasts and put aside their differences.

“Hey, this is going to cost way to much money and require too much thinking to turn into a cartoon. Get me the cheapest black kid with an English accent, that Japanese girl from the first one for a five-minute cameo, the most over-leveraged debt-laden effects company ,call Pop-Tarts for the licensing deal and book it in every theater from Qinghai to Shandong. We will have 250,000,000 Chinese kids butts in seats every Saturday afternoon for the next 6 months.”