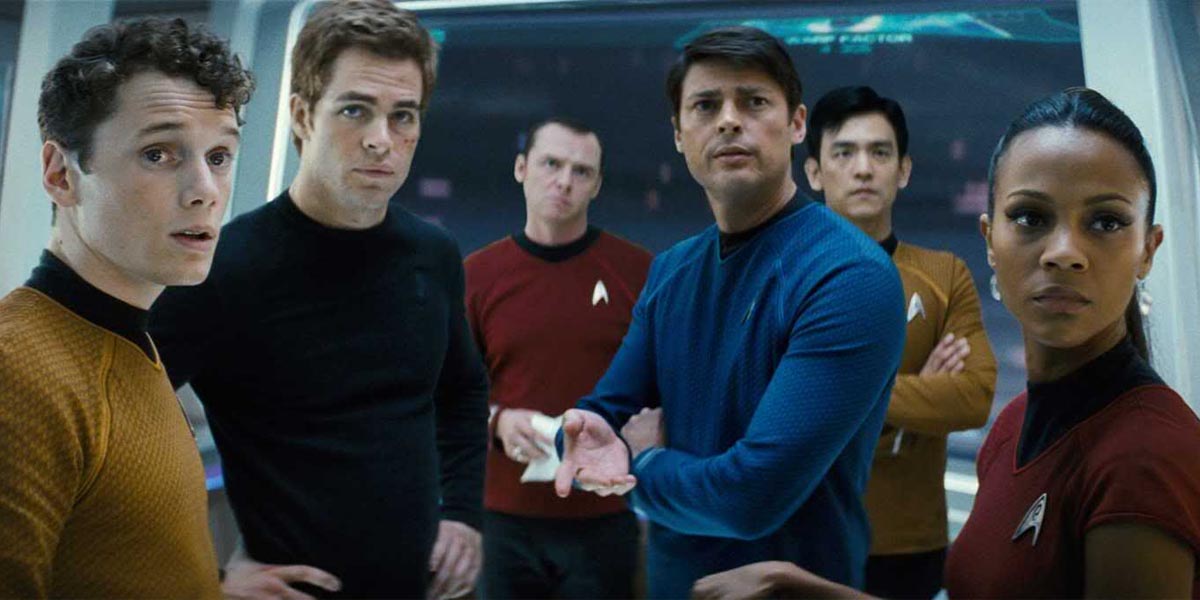 Cinema is a wonderful visual medium that allows creators to display in a single scene what might take a writer pages of work to convey. Comic books are another.

Ideally, the viewer of a visual medium like movies or comic books should be able to turn off the sound, or ignore dialogue balloons, and still be largely able to follow the story. Perhaps requiring a little dialogue to smooth over rough transitions, but otherwise leaving the story to be told in that form.

However in their quest for spectacle sometimes writers and directors of movies forget this basic principle and find, once the movie is finished, there are flat contradictions between what they wanted to say and what is actually on screen.

STAR TREK: A Failure To Communicate

A prime example of the quest for spectacle over clear storytelling may be seen in the Kelvin universe Star Trek films. J.J. Abrams is well regarded for his ability to create spectacle on screen, but in his contributions to the franchise, he failed to establish the defining relationship of the Star Trek universe, that between Spock and Captain James T. Kirk.

In the original series, the interaction between William Shatner as Kirk and Leonard Nimoy as Spock came across as a cheerful irreverence on the part of Kirk, and a grave fondness on the part of Spock, yet with each respecting the other’s capabilities. They were friends, and it showed. 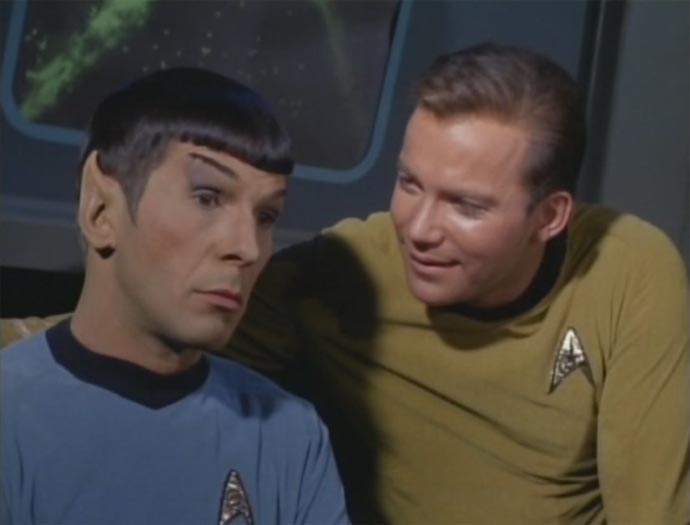 I did not find anything remotely resembling that easy camaraderie in the Kelvin universe movies. Obsessed, as Abrams invariably is, with lens flare and shouting, the movies didn’t take the time to build up the characters.

Following only the Kelvin timeline, and ignorant to the original series, a viewer could easily believe that the only relationship between Chris Pine’s Kirk and Zachary Quinto’s Spock is one of restrained hostility. We do not see them acting as friends would. 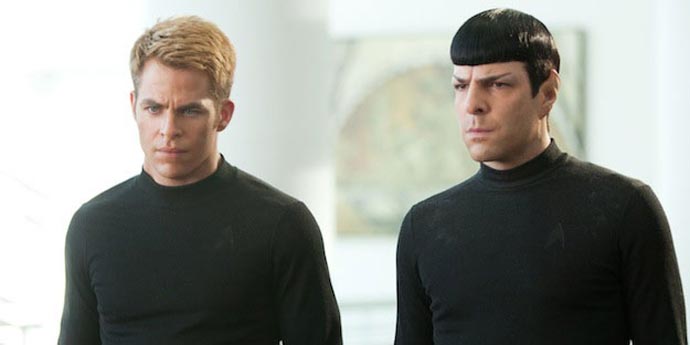 Even Spock’s “anger” at the near-death of Kirk in Star Trek: Into Darkness seems forced and unnatural. Something that is “in the script” but not really felt by the character.

This kind of half-hearted character building is not unique to the Star Trek franchise of course. No less a luminary than George Lucas can be faulted for the same thing when it came to establishing the relationship between Hayden Christensen’s Anakin Skywalker and Ewan McGregor’s Obi Wan Kenobi in his Star Wars prequels. 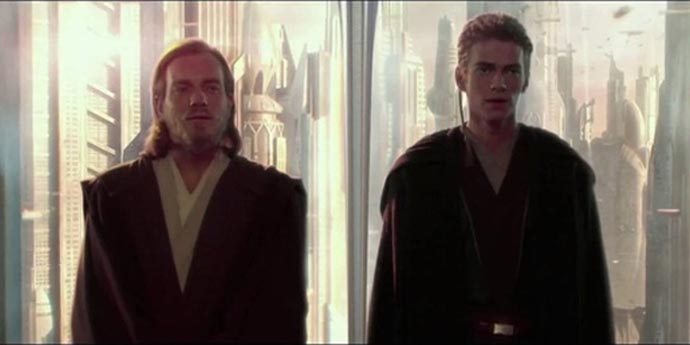 For most of the series it might be supposed that Kenobi is the ever critical teacher, and Anakin the ever-grumbling student, with only a scene in an elevator where they talk about how they’ve depended on each other in the past to give the impression that they are friends. However that level of exposition is a classic example of the Tell, Don’t Show error being discussed.

George Lucas being an offender is doubly disappointing, as his classic Star Wars was almost a textbook example of the Show Don’t Tell principle with so much of its story being told either in frame or with the most casual of allusions.

A picture is said to be worth a thousand words. A moving picture may be worth ten thousand. When you choose the medium of cinema to tell your story, ensure that you make maximum use of your medium. Don’t tell when you can show.