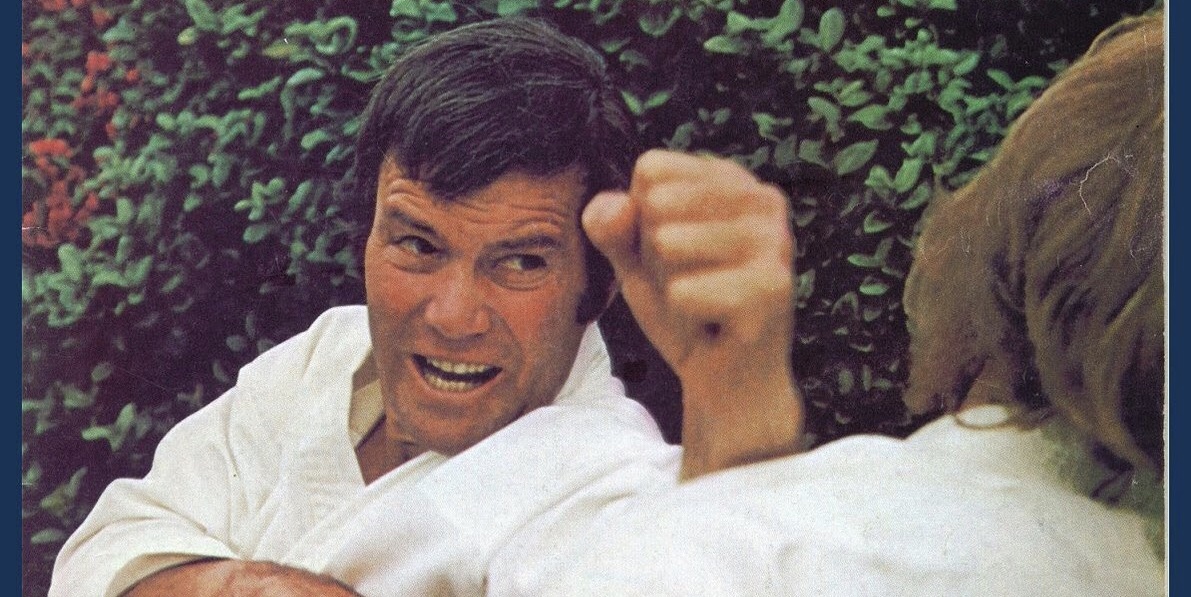 In the real world fights aren’t like they are in the movies nor the UFC.

They aren’t choreographed, they don’t typically occur in cages with half-naked overly tattooed men (unless that’s your thing, which is fine), and they are often over before they start.

Sadly, the geekdom stereotypes are fat dorks with ponytails stuffed into Klingon or Jedi cosplay costumes or conversely Big Bang Theory looking hipster twinks that couldn’t lift a ten-pound dumbbell if you had a gun stuck in their mother’s mouth.

Shockingly most of the stereotypes are true.

However, most are genuinely sweet-natured people who have no desire to fight anyone, the dreamers, the more artistically inclined. In our often cruel world, these are specifically the easiest marks for predators to prey upon.

Our website and our Goblin Hardstyle family aren’t the stereotypical geek fandom.

We work out, we shoot lotsa different guns, our political views are generally the opposite of that little pedo-looking troll Patton Oswald and many of us have been in fights in our lives.

Now, getting in a fight is by no means something to brag about. If you’re someone that goes looking for one, then Fuck You — you are a sack of shit.

But as Captain John Sheridan said, “Never start a fight but always finish it.”

During part of my time on this fine earth I have worked security at a high-end dance club.

I threw him just about as far as well. He was drunk and hit a girl, the other cops congratulated me and arrested him.

Real world fights very rarely occur on a set schedule. They are usually unwelcome and out of the blue.

It’s cliche to say “I can handle myself in a fight”. How the fuck do you know that?

What if a gun gets pulled on you and you left your Beretta at home? What if you get jumped by 5 guys windmill kicking the shit out of you?

Can you handle yourself then? The actually answer there is no “handling oneself in a fight” but if you can keep your wits about you may just survive a beating and maybe deal out a Hardstyle ass-kicking.

So with that said I present to you some simple, potentially very effective fighting tips for dorks.

Nothing more effective and nothing will end a fight quicker than a good hard strike to the cock and balls. If someone gets in your face, tries to jump you, and you feel your life is threatened take a deep breath, take aim and you put every last bit of Chi into crushing out your attacker’s manhood.

If you can grab the balls and rip them the fuck off I implore you to do so. Ladies this is a good tip if some New York atheist, Hollywood producer or Arkansas politician scumbag tries to force themselves on you. Smash that kak into dust, rip those jewels the fuck off.

Your life just might depend on it. Especially effective in subduing multiple attackers.

2. Try To Rip Out Their Eye

Probably the second most effective tool to stop a fight before it starts. When some crackhead mugger or rapist attacks go straight for their eye and stick a thumb in there.

I can guarantee unless they are high on PCP they are going down. If they resist, grab their head and just push your thumb on in there. Eyes can pop out of the socket like hard-boiled eggs and get smashed in just as easy.

Don’t matter how big you are or how much Krav Maga training you had. Getting your eye crushed to paste will make you weep like the biggest cell block bitch.

3. Take Out Their Knee

Don’t care how big you are, getting kicked hard and square in the knee will be a bad day for anyone. Kneecaps aren’t that difficult to dislodge if you square on them just right.

And even if this doesn’t entirely subdue your attacker, it will destroy their mobility and make them a hell of a lot easier to finish off from a safer ranged attack.

4. Rip Off Their Thumb Or Other Vulnerable Digits

If you can’t rip off their dick maybe you can grab a thumb or a finger. Fingers are very very easy to break. You can also very easily control someone like a puppeteer holding the strings if you are holding your attacker’s thumb in your hand with enough pressure to snap it off.

5. Smash  Their Nose, As Hard As You Fucking Can

This may be a bit more difficult as it involves more of a targeted strike but if you know you are about to be attacked or someone squares off on you and you can’t kick, grab, knee or punch them in the ballbag then a powerful punch or knee to the nose can be just as effective.

Remember the rule of thumb, the soft bits are generally the most vulnerable and they can stop you in your track no matter who you are.

6. Punch/ Forearm Them In The Throat

This requires quite a bit more targeted skill to pull off but if your attacker is clumsy and leans in on you a chop, punch or forearm to the throat can stop them in their tracks like a lone four-engine plane over Hiroshima.

If your attacker should happen to be an SJW, communist,  college professor with long scraggly grey hair that smells of Petrulli oil and weed, chances are you will be able to grab a braided ponytail and tug with all you’ve got. Extremely effective if you are able to get a measure of control. You will have the ability to guide said Commie like a dog on a leash. Pulling their head straight into a concrete sidewalk for a satisfying splat.

8. Anything Can Be A Weapon

Remember guys, if your life is on the line you better use every resource at your disposal to protect it and that of your loved ones, if they happen to be in peril as well.

A lamp, a rock, a brick, a bottle, a chair, a garbage can, anything can be a weapon. Whatever you can grab can potentially even the odds and give you an edge. Chances are there’s might just be something lying about you can use if the fight comes to you.

So there you have it. Some very simple tips that could save you from a very traumatic and life-altering day. Keep your wits, take a deep breath and you might just be able to not only defend yourself but deal out some significant damage as well.

Anyone can utilize the Goblin Hardstyle if you keep it together.

And remember everyone has soft bits, knees and fingers that even most of you physically-tragic specimens among us can exploit.