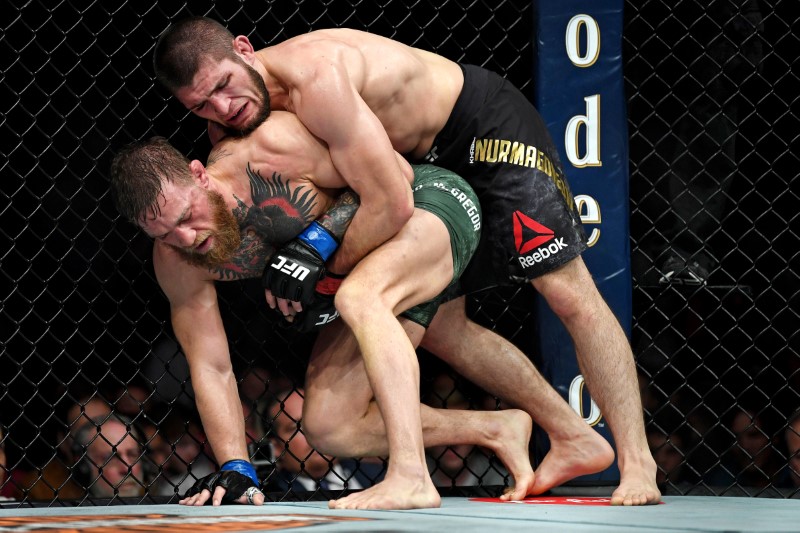 I’ve Never Been The Biggest Fan Of UFC

I’ll watch a few of the big fights each year, generally at parties, etc. I like some of the personalities, which are very much akin to 80s and 90s pro wrestlers but just not nearly as entertaining to me.

Daniel Cormier, in particular, seems like a really good human being and a true Rocky story compared to the other juiced-up walking tattoo parlors in the sport.

So when we held our annual house party this last weekend, many of our friends asked if we’d have the fight on. “Sure”, I said. Honestly didn’t even know a fight was happening, but I have a pretty slick new 82” Samsung 4K and I thought it would be fun for the group.

What I saw, from the prelims through most of the main card fights was the most glaring display of homoerotica I’ve ever seen.

Now let me also preface this by saying I have gay friends.

I don’t turn off the tv if there happens to be a love scene in a show or film involving men. It’s not gross to me, it’s just not a turn on for me. It’s love and in some cases lust, both of which can be beautiful things in life.

Don’t Get Me Wrong

I’m a bodybuilder so I can admire the male body. I’m secure in my own sexuality and I genuinely don’t give a shit how many dicks you want to swallow — men or women doing the swallowing — in the privacy of your own bedroom.

As long as you aren’t out spreading the plague or shoving forced acceptance of men buttfucking in front of public schools and on city streets, more power to you.

I’ve had these discussions with my gay friends and they typically agree, even the more flamboyant ones I know.

That said, I generally don’t go searching for gay erotica, nor would I put it on the big screen at our scotch and wine party. It’s not my thing but as I’ve said, bless you if it happens to be for you.

So when I saw men literally scissoring one another and butt riding one another in a blatantly sexual manner, half nude in a cage for a large portion of the fights, I had to be the one to point out to the gathering that this was literally the gayest thing I’ve ever seen.

Most in the room burst out laughing as if I freed that same thought-kernel in their heads. I said, “Seriously look this guy is fucking this other guy.”

All but the one guy, head to toe in tattoos. The homophobe in the group who angrily insisted there was nothing gay about it and that it was a fighting style. To which was the response, a collective groan. I said, “Yes a very prominent, prison-shower fighting style.”

Everyone laughed, he didn’t.

We kept watching, entertained by the sublime oddity of what was on display, a gay-themed, male sexual-dominance, fight-sport ballet.

You see, we had a group of good friends who happen to be heterosexuals coming to the realization that the sport most of them love is fantastically gay.

And That Is OK

Watching gay-themed sports or being around gay people doesn’t make you gay.

And at the end of the day, as gay as the sport is, it’s still a gruesome display of combat sport. Perhaps the appeal is just that. Some sort of callback to primal, repressed, sexual animal dominance. It’s certainly fascinating to think about, especially in lieu of its staggering popularity coinciding with the pop culture mainstreaming of American homosexuality.

The main event of the evening was literally a prison rape, complete with a violent taunt and then outburst after the winner Khalib made Conner McGregor “submit” to his will. I think Khalib even called him his “bitch” after he tapped.

If we are to be honest about it, many of the historical combative sports have deep roots in homosexuality and eroticism. From the original nude Greco-Roman wrestling of antiquity to the gladiatorial games of Rome.

Don’t believe me? Look at some ancient pottery. How little things change in many a millennium.

All in all the evening went over well. I polished off a $200 bottle of scotch with friends. The ladies had plenty of gossip time around the fire pit. We had a shared in a cultural revelation about the sexual nature of what is rapidly becoming the nation’s favorite sport and, in doing so, maybe we all became a little more tolerant.

Until Next Time, Au Revoir