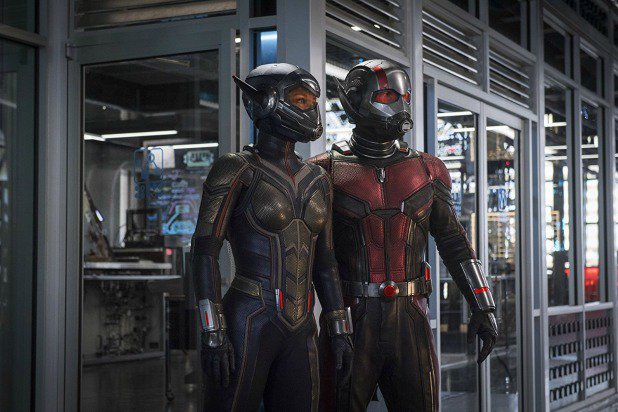 If the grosses are any indication, everyone (except for those in China and a few other places) has now seen Avengers: Infinity War. If you haven’t, what are you waiting for? Go ahead, we’ll wait.

Still here? Fine, but here there be spoilers, sort of. In Marvel’s decade-spanning series finale (part one), nearly every MCU character represented their franchise… with one glaring omission:

No, no. Ant-Man and the Wasp, silly. Nobody cares about Hawkeye, he doesn’t even have his own franchise! Poor Clint. Anyway, for those folks who walked out of Infinity War chomping at the bit for a scrap of information regarding their favorite insect-themed super heroes, Marvel has issued the following:

True, this answers nothing regarding Scott and Hope’s whereabouts (and what of Luis?), but The House of Idea Adaptations promises a new trailer tomorrow. Point your browser to filmgoblin.com and we’ll have it up as soon as it drops.

Have a good day.