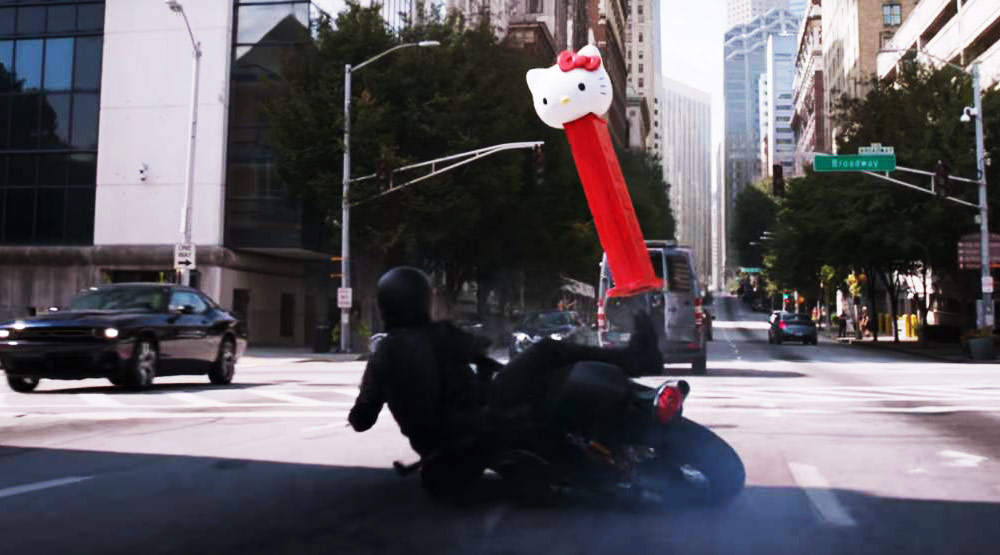 2015’s Antman was more fun than it rightly deserved to be. I saw it three times. Twice with a date and twice while at one of those “adult” theaters where they serve beer and Fireball shots. Maybe that is why it had so many laughs?

Either way, coming directly on the heels of a self-important Avengers II: Age Of Ultron, it was just the antidote the box office needed for the somber and lethal (yet bloodless) world-ending comic book movies we’d been getting.

There was humor, action and a flawed, humbled, ex-con hero that opened our story as the low-man-on-the-totem-pole at a Baskin Robbins.

Plus our guy had a crew of wise-cracking, criminally-minded compatriots that had some hilarious banter.

Did I mention “humor”? Well, it seemed really funny after two Delrium Tremens.

Now, three years later – post Captain America : Civil War shenanigans – Antman, his girl (who now has her own power suit) and old Antman are on the run from the authorities.

Other than that I can’t really tell what Ant-Man And The Wasp is about.

But i’m positive it’s going to be funny. “Sober funny”? Not sure. Have a look :

Evacuate the city, engage all defenses and get this Goblin a beer…