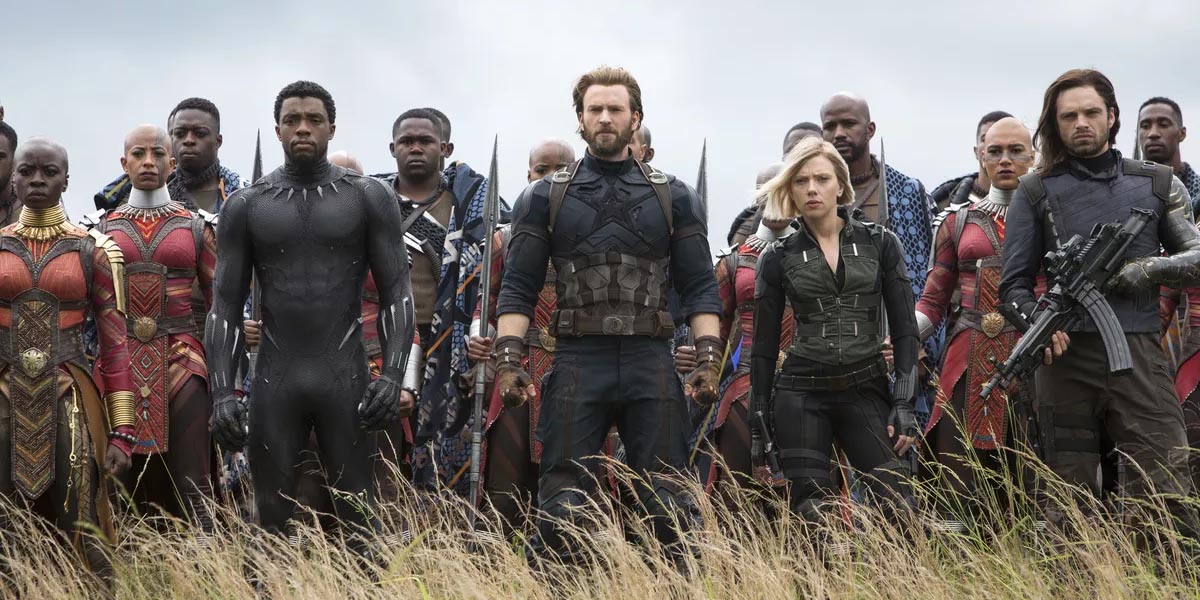 Avengers: Infinity War is the latest movie from the Marvel Cinematic Universe, where the story that has weaved its way through eighteen previous movies, reaches its culmination in this nineteenth movie and its as yet unnamed 2019 sequel.

If you have followed the movies so far you’ll need no introduction to all the characters. If you haven’t, they’re all available on Blu-Ray. Get yourself to your local video shop.

With the movie opening in New Zealand, the latest installment needs a review for my mates before they get it in The States.

I was something of a Marvel Comics fan in the ’90s, and one thing I have always liked about the Marvel Cinematic Universe is that it was created by people who loved the characters as much as I did.

For example, if we follow the series we can see Captain America change his status, but without changing his essential character. Indeed it is his character that drives the change in his status. Likewise Iron Man, although his status doesn’t really change, Tony Stark does change. In both cases we can see how their interactions within their universe drive their transformation. These movies are, from first to last, character-driven.

Avengers: Infinity War is no different.

It is, from start to finish, driven by its characters. The conflict within it arises naturally from the different values the characters hold, they’re not simply forced to fight because that’s what’s in the script. It has to be said that even its main villain, not usually regarded as a MCU strength, has an understandable, if horrendous motivation, and it could teach other franchises (naming no names) how to create intimidating CGI villains.

There is humour, it is a Marvel movie after all, but as in Captain America: Civil War the Russo brothers demonstrate their ability to delicately balance humour with drama. Jocularity is not forced into a scene where it doesn’t belong.

I cannot say how the movie ends, but if you go in expecting a lot of death you won’t be disappointed.

I can honestly say that I found nothing that significantly detracted from this movie.

There was only one slightly jarring note, and that was a particular character from the Black Panther movie, who is slightly too much of a know-it-all. That said, it was a brief scene and didn’t take away from the rest of the movie.

It could also be acknowledged that, other than Thanos himself, the villains weren’t fleshed out. I couldn’t even recall any of their names. That said, it’s a two hour movie balancing its screen time between more than twenty heroes. Something’s got to give.

This is a movie put together by enthusiasts with a lot of money behind them and it shows. It is beautifully put together. There are perhaps some fight scenes where too much is going on, but this is a “war” after all.

What else can I say? Go see this movie. Go. Go now.

As fellow goblin Gigantic Cahuna has said, “It’s not perfect, but it’s about as close to perfect as a mass-market multiplex superhero CGI slugfest can get.”

Also, stay until the end of the credits. There is a scene setting up another Marvel franchise.