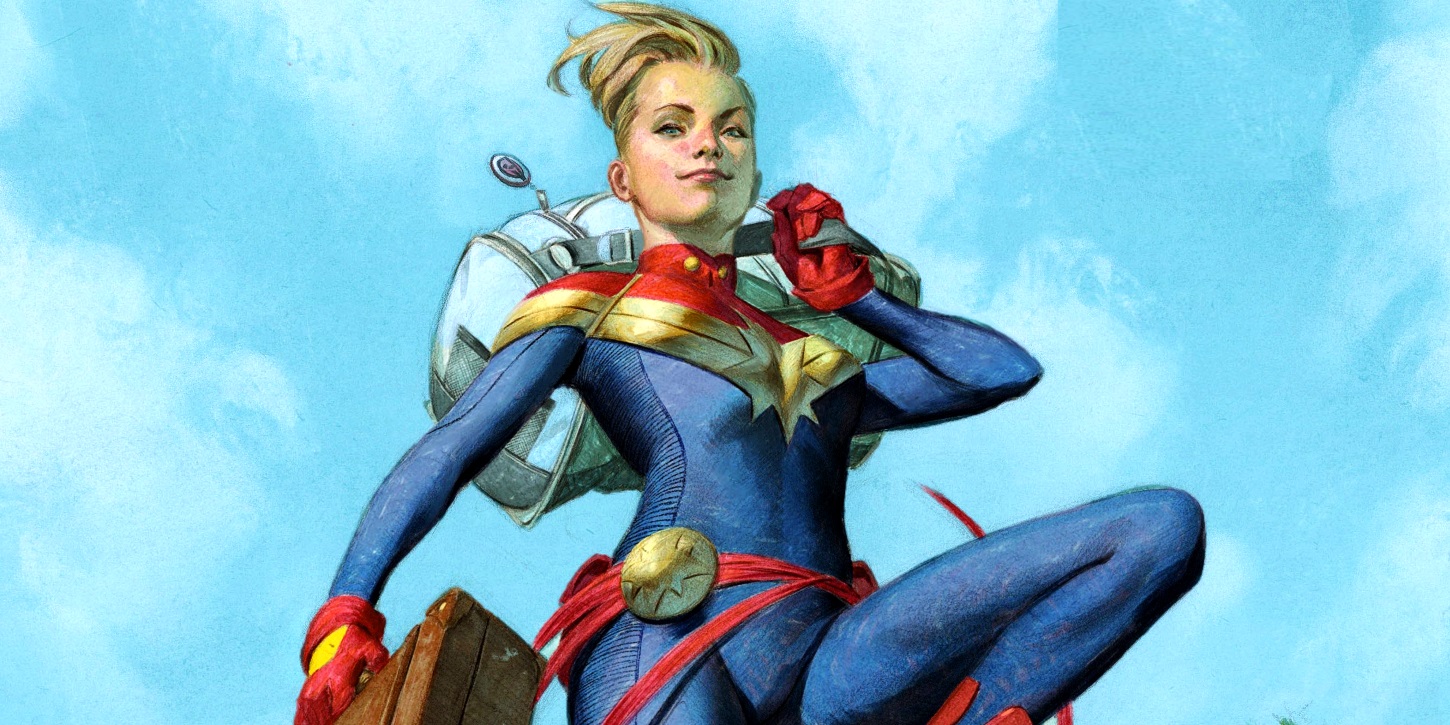 Well, folks, it seems that “Diversity” has taken over Marvel Studios now, with the release of Captain Marvel in March 2019, we are hearing about other projects. With the finale of the fourth Avengers movie next May, Marvel Studios has decided to bring up a new roster of HERos into the fold.

It appears that instead of just adding other popular superheroes to the party, they are first and foremost diving into the diversity gene pool with upcoming films. They are also using this method for the next batch of filmmakers.

While The Independent reports :

“Diversity is evidently key for Marvel: alongside Callahan and Coogler, filmmakers to have been hired by the studios include Chinese director Chloé Zhao and the Australian Cate Shortland, who’ll direct Black Widow‘s first standalone film.”

I will continue to say this time and time again, hire the BEST person to do the job.

A movie about a Kung Fu master does not need an Asian director. Granted I sure as hell would try to get Woo-Ping Yuen involved as the Action Director/Coordinator.

I would be looking for a director that can handle the job and direct action properly. I know that was a big complaint about the Nolan Batman films.

By announcing that you are specifically looking for an Asian director, it reeks of pandering.

Shang-Chi was created in 1973 by Steve Englehart and Jim Starlin: 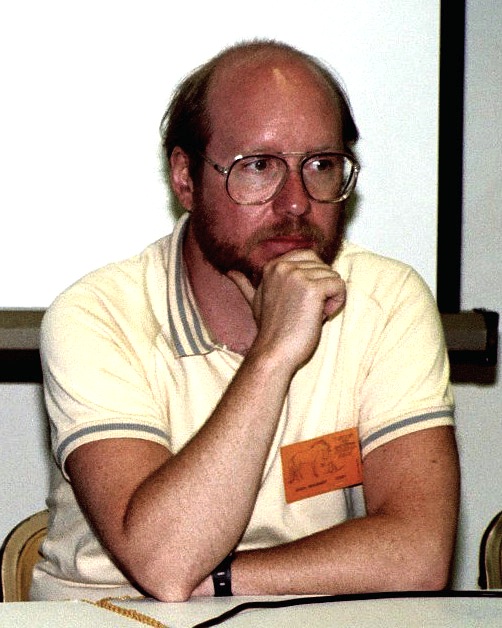 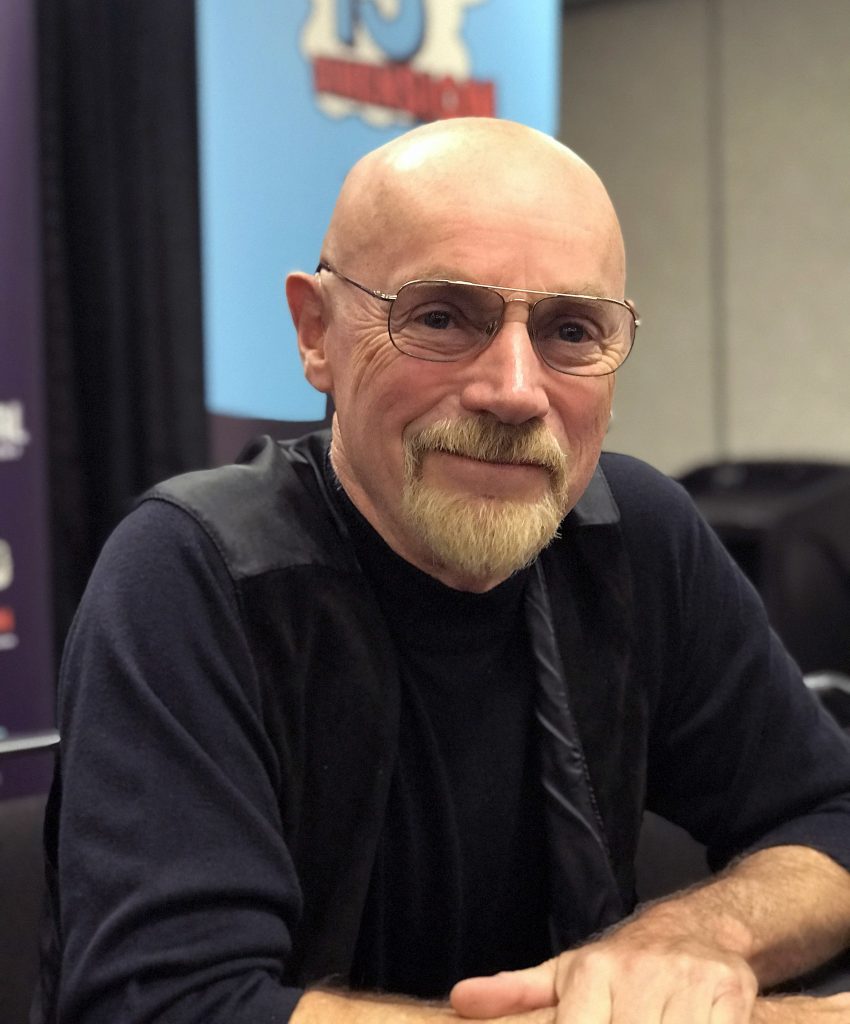 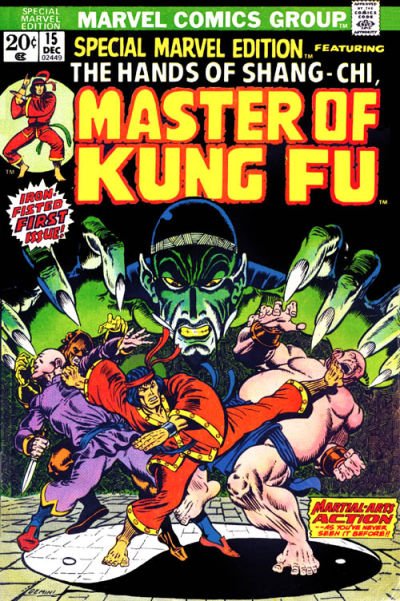 It was a cash in on the TV show Kung-Fu, according to Wikipedia:

The character was conceived in late 1972. Marvel had wished to acquire the rights to adapt the Kung Fu television program, but were denied permission by the show’s owner, Warner Communications, owner of Marvel’s primary rival, DC Comics. Instead, Marvel acquired the comic book rights to Sax Rohmer’s pulp villain Dr. Fu Manchu. They developed Shang-Chi, a master of kung fu, who was introduced as a previously unknown son of Fu Manchu. Though an original character himself, many of Shang-Chi’s supporting characters (most notably Fu Manchu and Sir Denis Nayland Smith) were Rohmer creations. No characters from the Kung Fu television series carried over into the comic series, though the character Lu Sung, in an early issue, bears a strong resemblance to Kwai Chang Caine with the addition of a moustache. With artist Paul Gulacy, his visual appearance was modeled after that of Bruce Lee.

Captain Marvel, (Marvel Comics version), created in 1967 by Stan Lee and Gene Colan was a Kree male that went by the name Mar-Vell: 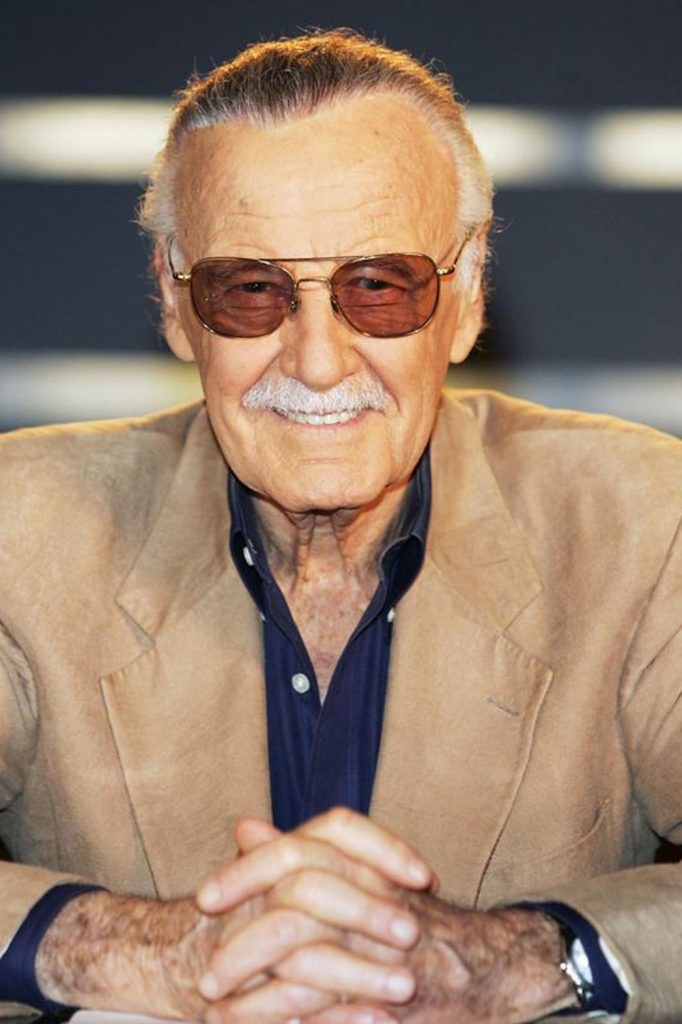 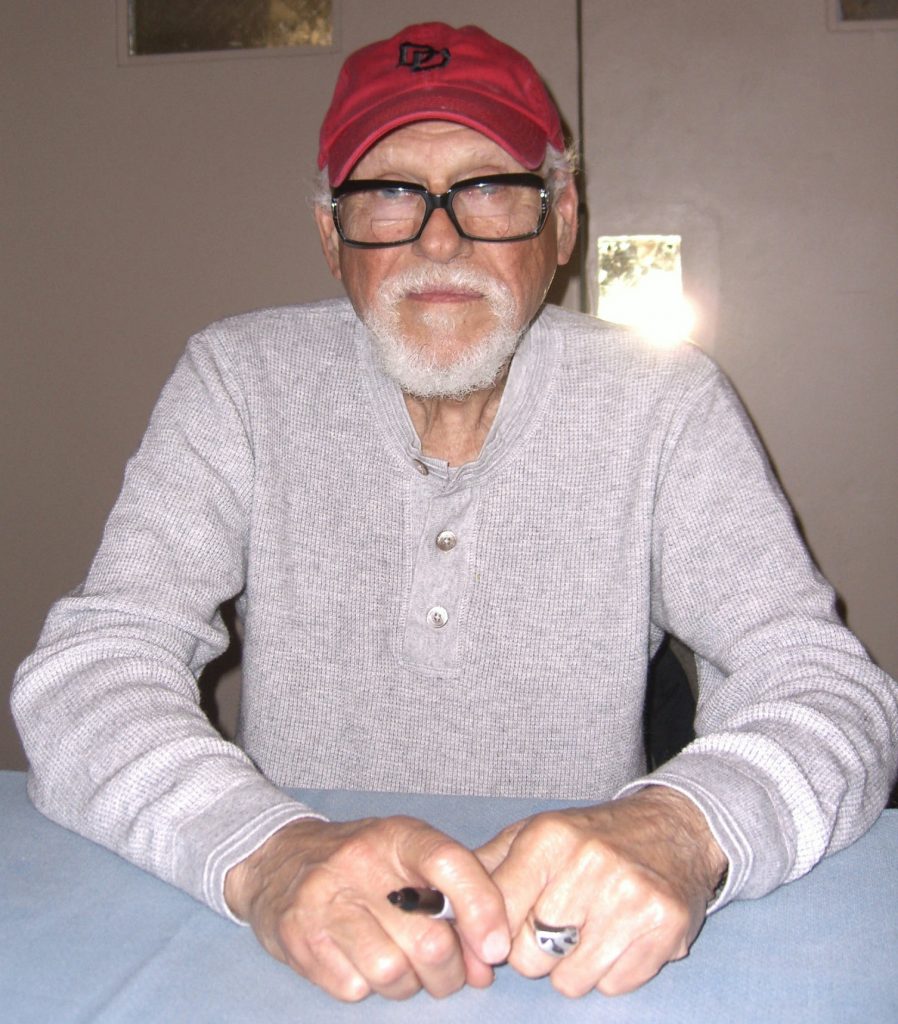 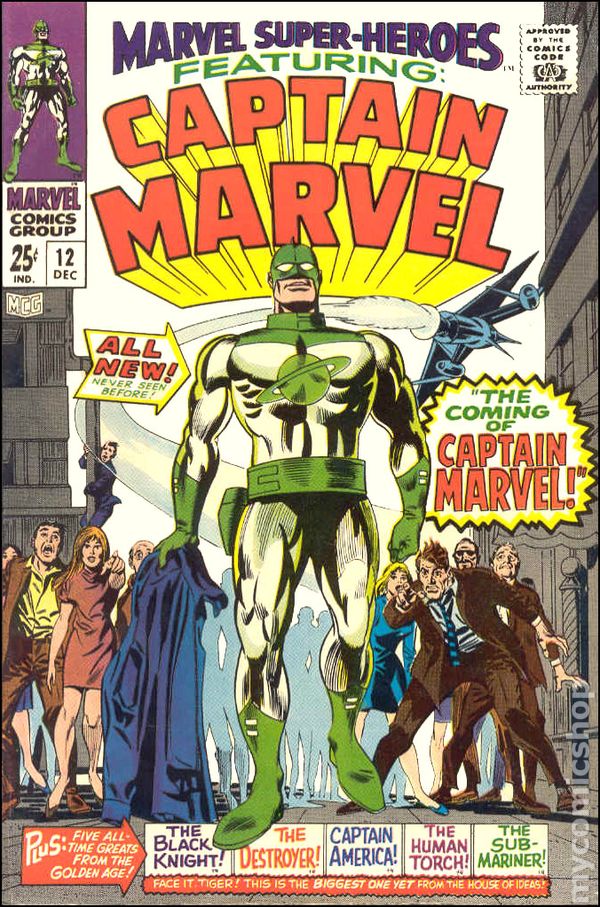 Black Panther, created in 1966 by Stan Lee and Jack Kirby: 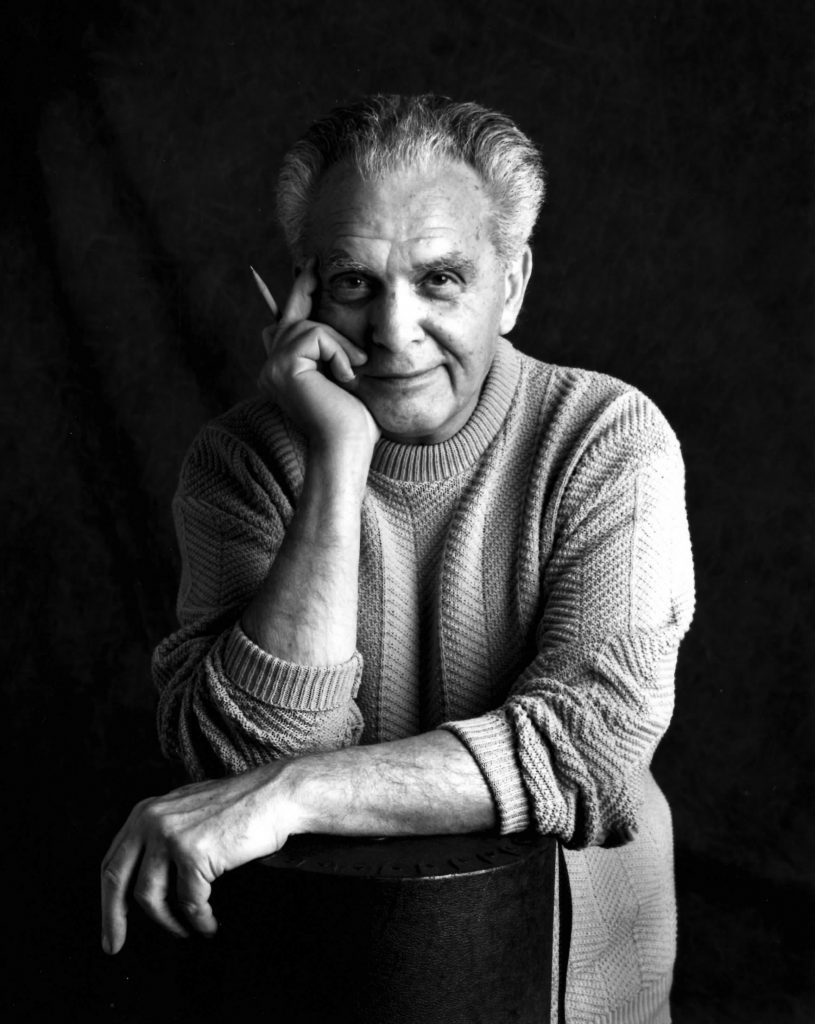 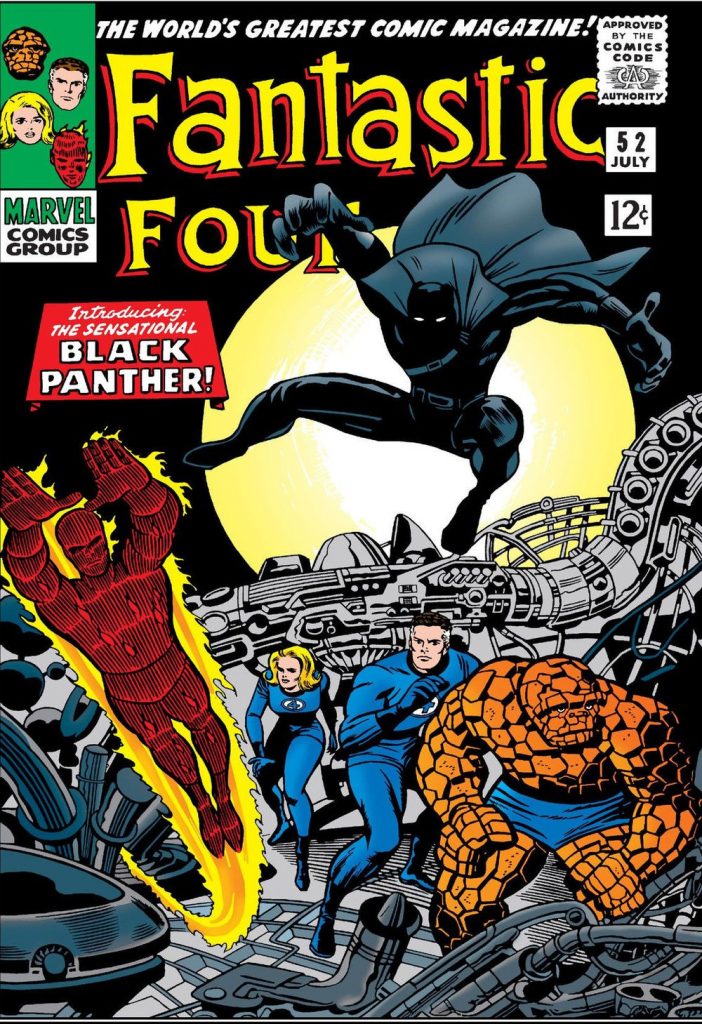 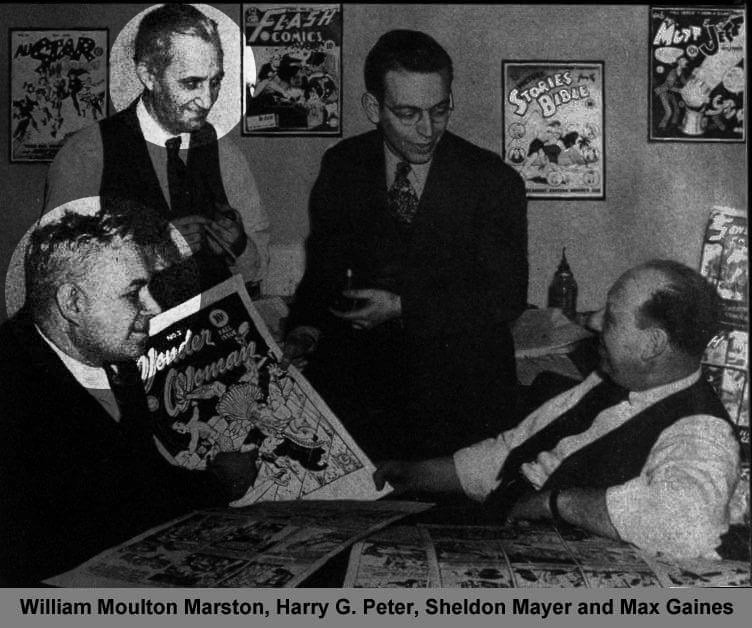 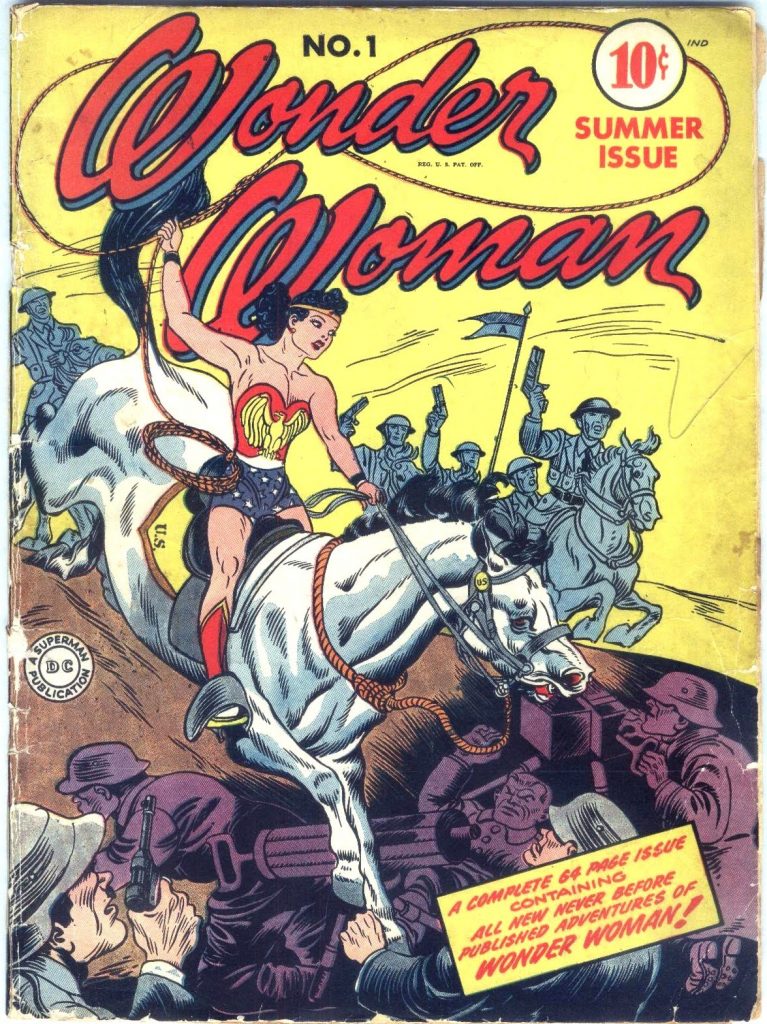