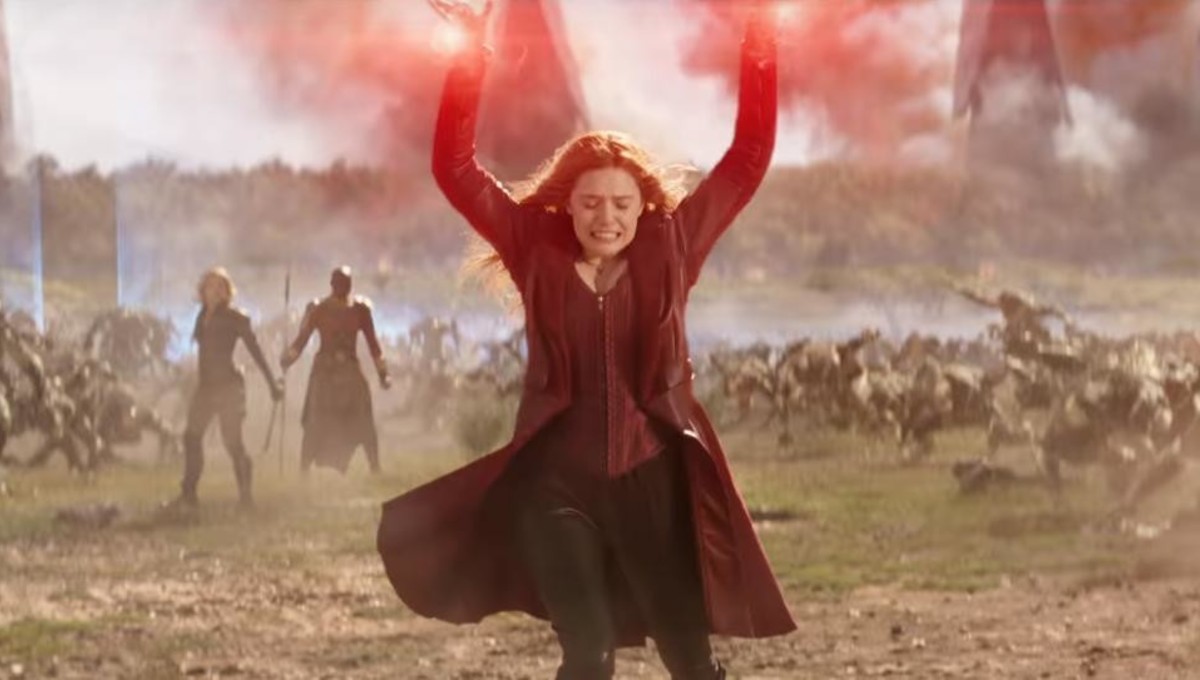 When Variety dropped it’s exclusive last week that Loki, Scarlet Witch, other Marvel heroes would get their own TV series on Disney’s streaming service we were left with one question:

“Is the Scarlet Witch movie still in the works? If not, Does this mean we’re getting a Black Widow movie as the next female-fronted MCU offering? How is Marvel going to incorporate the X-Verse into the MCU without giving Scarlet Witch her own movie?”

That’s three questions but you get the point. First, for those of you who aren’t huge fans of Vision’s honey-bunny, some background:

Lay Money On Black Or Red?

Scarlet Witch AKA Wanda Maximoff is quite new to the Marvel Cinematic Universe, having a substantial role in only two MCU movies compared to Black Widow, who has starred in all the Avengers movies as well as Captain America: Civil War & Iron Man 2.

But in saying that I ask the question:

“Who is more deserving of a stand-alone film?”

We all pretty much know the background story of Black Widow, she’s an assassin, & a dangerous one at that, she was raised from a very young childhood by the USSR’s Black Widow Ops (Red Sparrow?) and trained as a spy, martial artist, and sniper, and outfitted with an arsenal of high-tech weaponry, including a pair of wrist-mounted energy weapons dubbed her “Widow’s Bite”.

There’s quite a lot to work with there with Natasha Romanov’s story but is Wanda Maximoff’s backstory a bit less cliche and a bit more MCU-y?

Well, the simple answer is “Yes”, especially when her backstory involves the X-Men.

Who Is This Witch?

Storylines got pretty weird in the 1960s, but her’s was exceptional.

Wanda and her brother Pietro (Quicksilver) were born after their mother fled their father (more on him soon) and were raised by a character called The High Evolutionary.

The High Evolutionary had this whole Dr. Moreau thing going on and was looking to improve humanity. Did I mention he made a talking cow? Like an actual cow. That delivered the baby Witch and Quick.

The twins’ powers were unleashed by his experiments, but exact mechanism has remained a mystery for decades.

In the comic world, fans know the super-powered brother and sister duo as members of the X-Men.

Scarlet Witch and Quicksilver are the children of Magneto and are one of many characters referred to as mutants for having a gene which allows them super abilities.

How that exactly squares with The High Evolutionary is unknown, but if you’ve read our Marvelous Maps articles, not a lot of Marvel Comics makes sense.

Scarlet Witch is later depicted as a regular member of the Avengers superhero team. She also becomes the wife of fellow superhero and teammate Vision.

What’s The Word On The Street?

Could Fox & Disney/Marvel use a stand-alone Scarlet Witch movie to cross the X-Men over into the MCU? Since Disney now owns Fox will the crossover ever happen?

Elizabeth Olsen showed some interest in a standalone film for Wanda back in 2016, but she told the media she:

“Wouldn’t just do it just to do it. I’d have to make sense for how it advances in the world.”

Two years and a Vision love story later, Olsen says the movie is:

“At ground zero. It’s definitely not something I’m pushing, and I don’t know if it’s something that Marvel is going to push either.”

Maybe the actress is just trying not to distract from the upcoming Captain Marvel movie, the first female-led MCU entry or the long-simmering potential solo outing for Black Widow?

So, is Scarlet Witch more suited for the small screen as opposed to the silver screen?

Does being involved in this Disney streaming MCU initiative preclude a Scarlet Witch movie?

If so, how are they going to pull off a smooth crossover of the X-Men into the Avengers-based MCU?