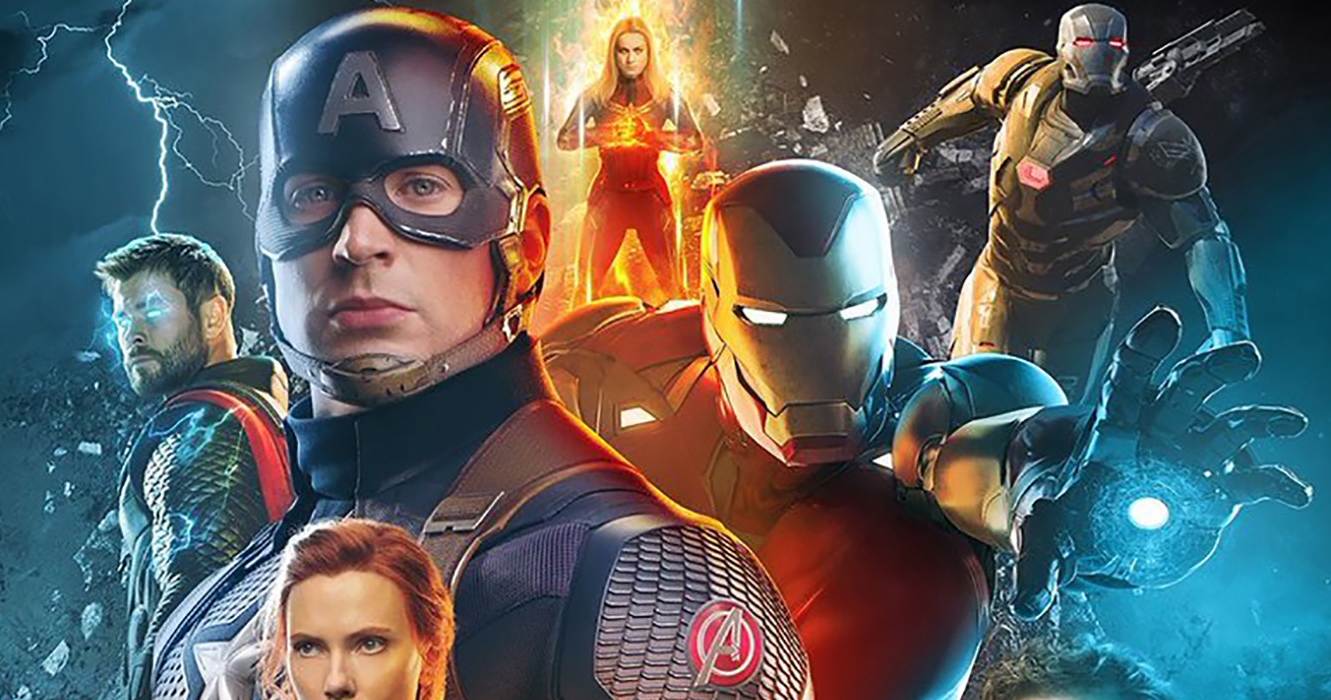 Avengers: Endgame is a near-perfect movie that reaches for the triumphant heights of classic cinematic tales like Braveheart or Lawrence of Arabia.

It very nearly succeeds in matching them.

The Russo brothers have accomplished something very special with Endgame.

Working with the many fantastical characters from over a decade’s worth of MCU movies and containing them in a single movie, while making each an integral part of an entertaining plot, the Russos have crafted something more than just a superhero movie.

They’ve managed to weave in core themes of what it means to be human: love, conflict, hatred, loyalty, redemption, and a certain degree of madness.

In doing so, the Russo brothers have firmly established our heroes as archetypes. These are now movie heroes on the level of Luke Skywalker and William Wallace.

A Picture Is Worth…

The Russos direction shows a love for the craft of storytelling.

Early on, they very wisely downplay the dialogue and acting. The pacing is deliberate and measured.

The images are allowed to tell the story. Loss, loneliness, and desperation come flooding off the screen as we see Tony and Nebula adrift in space, laboring intensely to fix their ship and buy themselves extra time.

Long shots of Hawkeye, running aimlessly, searching for his family who have just turned to dust, convey the immense and instant loss that Thanos wrought on the universe.

The Russos also very wisely downplay the musical score. Alan Silvestri is back, and he has crafted a melancholy sound to match the early tone of the movie.

In discussing Braveheart, Mel Gibson stated that he wanted to tell the story in certain scenes without any dialogue.

The opening act of Endgame stirred emotions in me that matched those I experienced when watching this brilliant scene from Braveheart:

And Now For Something Completely Different

If you’re familiar with my review of Infinity War then you may recall how impressed I was by the Russos ability to shift tones radically in the middle of a movie, while disrupting neither the overall feel nor pace of the movie.

They do so again, wonderfully.

The middle act of Endgame is a time-travel romp as the Avengers split into teams, each team seeking an Infinity Stone at a point in time when the Stone’s location was certain.

It is very heavily comedic in tone and pace and, aside from the actual mention by Rhodey of Bill and Ted’s Excellent Adventure, the middle act of the movie reminded me of this scene, both in tone and frantic pacing:

The mad Titan himself, Thanos, is actually given little to do in this movie, as the Avengers are not engaged directly with him.

Instead, he discovers in the past (reckoned off of the timeline of events in Infinity War) what the heroes are up to, and he uses Nebula to hedge his bets, much the same way old Biff did in Back to the Future II.

This is how brilliant of a villain Thanos actually is, and you know I appreciate a good villain. He’s so evil that he doesn’t even need to appear. His past actions are enough to spur our heroes on toward greatness.

We are also treated to a different aspect of his character, in that during Infinity War, we saw Thanos posturing and threatening, preening and enlightening. He was like a purple Hans Gruber.

This time, we see him running to catch up, unsure, and angry. 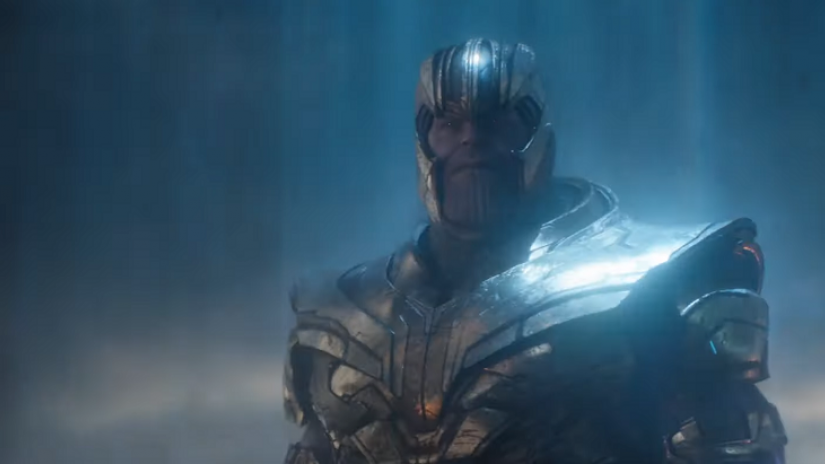 In the last act of the movie, he completely abandons his composure and coldly informs Captain America that when he destroys the Earth he will enjoy it.

That’s the best way I can describe the movie’s finale.

The final battle is a triumph for the Avengers as a team and particularly for Captain America. When he hefts Mjolnir and goes to work on Thanos, I cheered and clapped, as did everyone in the audience around me.

When Doctor Strange and Wong began opening portals to allow an Avenger army through, some guy seated behind me kept joyfully repeating at the screen, “Let’s go! Let’s go!” through what sounded like clenched teeth.

It was madness and just plain fun to watch.

Yet it was also here that I was most disappointed in the movie, particularly with Thanos. He was ridiculously overpowering, having strength that he didn’t display even in his fight against the Avengers on Titan.

Does his armor and sword give him unmatched power and ferocity? Again, if you read my Infinity War review, you know that I had to consciously tell myself to shut the fuck up and enjoy the movie when I started wondering about the power of the Stones, and I had to do so again here.

Now it seems like a minor gripe but it took me completely out of the movie in the moment, as he deflected Stormbreaker with ease and stomped on Thor’s chest, while simultaneously dodging a blast from Iron Man and an attack from Captain America.

Force Ghosts Pass Into The West

There is nothing comparable to a massive party in an Ewok village, nor to an a cappella performance from Aragorn attended by thousands to wrap up the movie.

One in a funeral, one in a spaceship, and one in the arms of the love of his life.

It was the perfect summation to the saga. It even improved my opinion of Thor: Ragnarok and Captain America: Civil War.