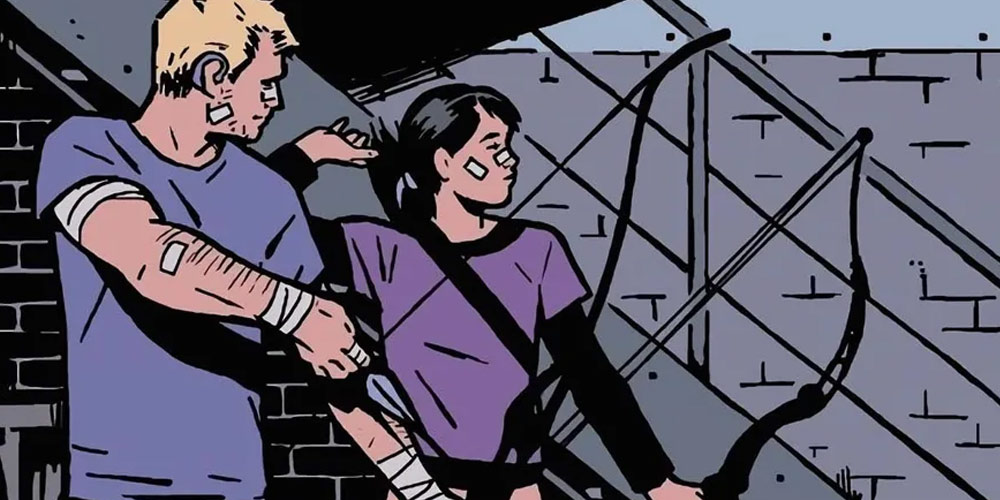 A couple of months ago we reported that one of the sole remaining male members of Marvel’s Studios by Disney’s Avengers, Hawkeye, would be replaced by a young woman.

Now, we know who that young woman will be:

To be clear, Steinfeld will not be playing the character of Hawkeye immediately.

She is officially cast as one Kate Bishop, a character that Marvel Comics by Disney says is “one of the most significant young heroes” but whose comic books sell around 1,000 copies per month.

Again, when Marvel Studios by Disney wants to make a move in the direction of diversity — which I assume they believe gets them a wider audience —  they just do it.

If the move happens to align with the comics then Marvel Studios by Disney loudly exclaims “canon!” and if it doesn’t match the characters in the comics they start soapboxing about representation.

Don’t get me wrong, I like Steinfeld, she’s a talented young actress.

This Kate Bishop might be the most interesting character in the last twenty years of Marvel, even though sales say otherwise.

But I also liked Hawkeye.

Moreover, I liked what Hawkeye represents.

He’s a family man, an archetype critical to the stability and future of society but one that seems to be sorely lacking in today’s genre entertainment environment.

This is not about the box office, viewers or subscribers.

This about making Marvel a lifestyle brand similar to Star Wars and other Disney properties.

This is about positioning Marvel as not just family-friendly but also female-friendly: more open, more agreeable, more liberal, etc.

This is about appealing to the people who control the majority of consumer spending in this country: women, especially mothers.

This is about those sweet, sweet merch bucks.

Just ask Jeremy Renner about dat Dropship Life, he’s got his own Amazon store hawking everything from waders to trail mix.