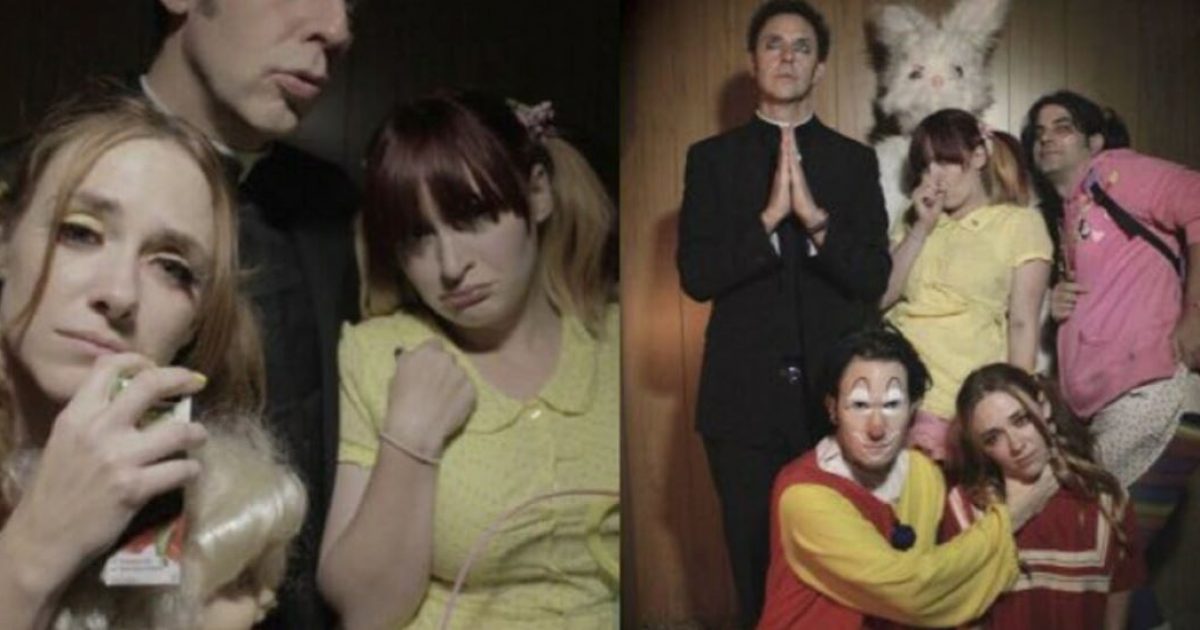 With the announcement that admitted pedophile James Gunn would be returning to helm Guardians Of The Galaxy 3, it seemed that that powers at Disney had a change of heart.

There was a lot of debate over the firing last July here and all over the Internet about the decision being right or wrong, and we are not going to beat that dead horse again. No, today we are going to look at other people in the spotlight that have gone through similar situations. If James Gunn gets his job back, should these others have gotten theirs back as well?

But before we dive into the others, I want to remind you of what actually got James fired in the first place: 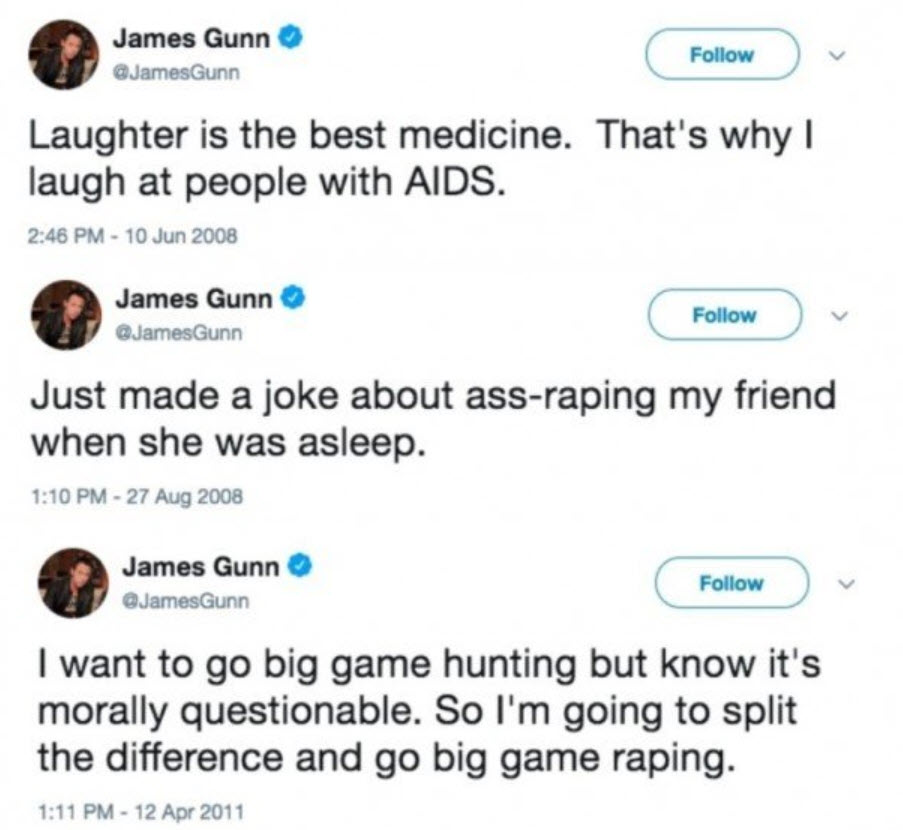 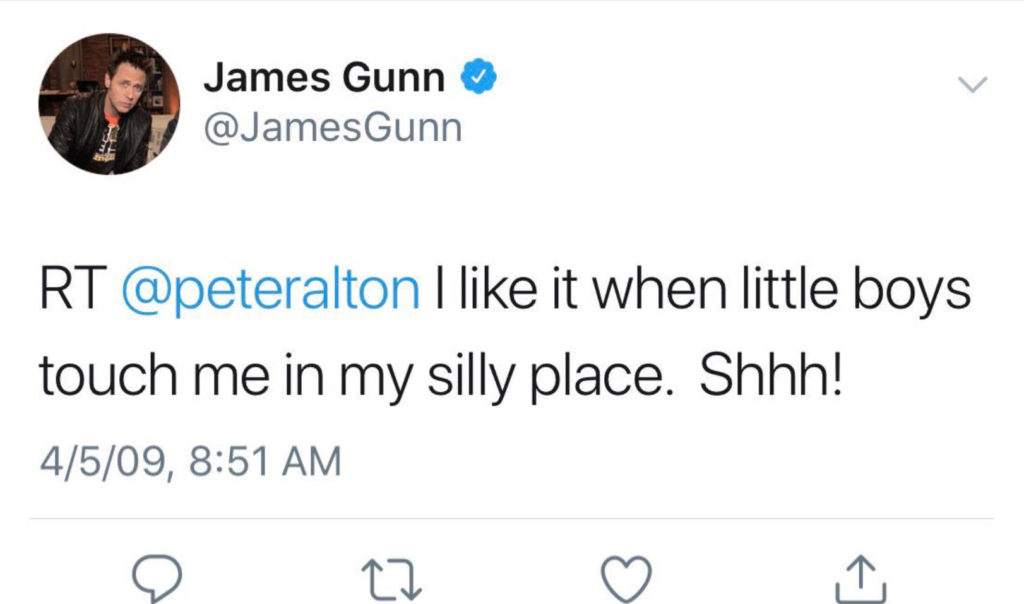 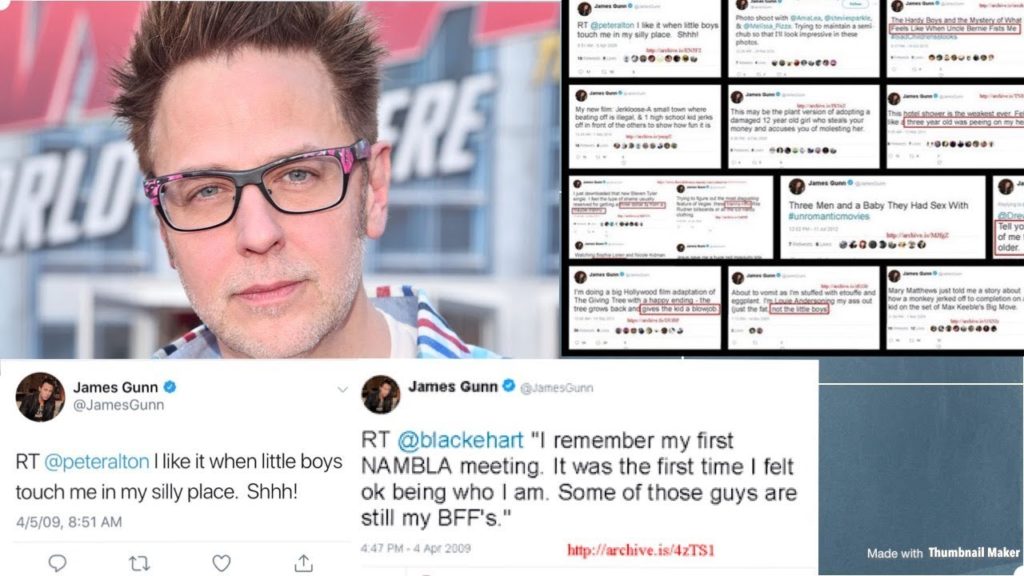 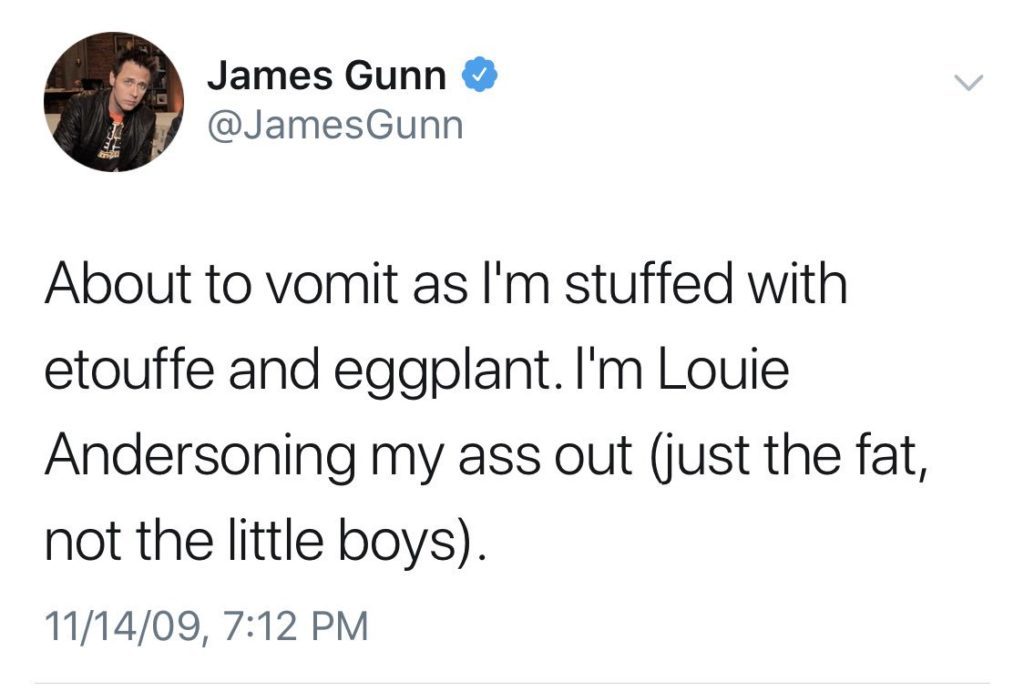 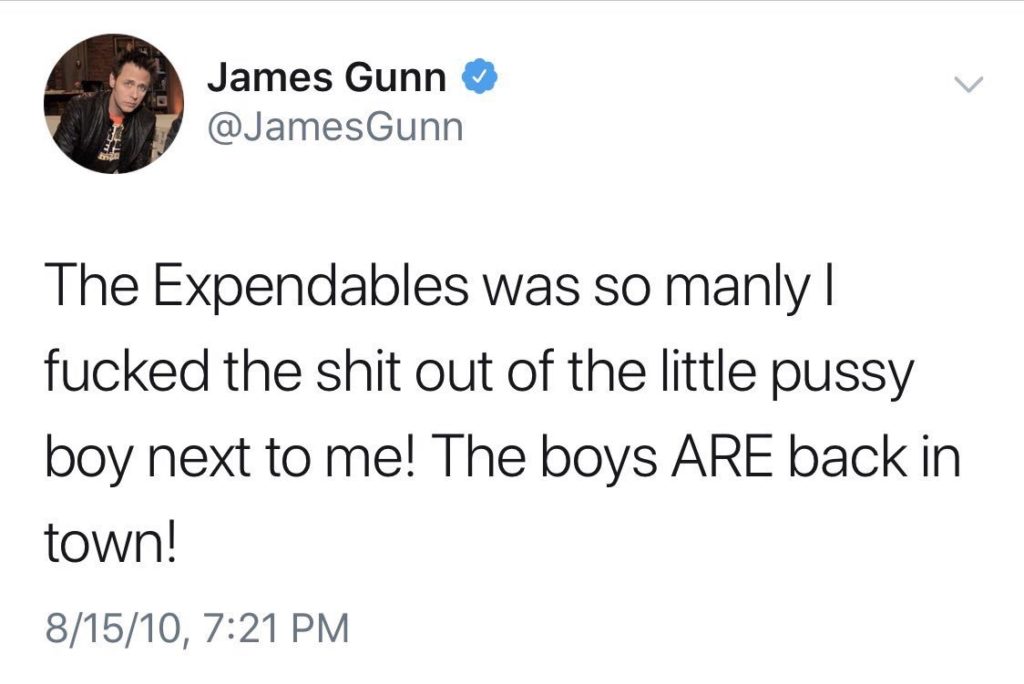 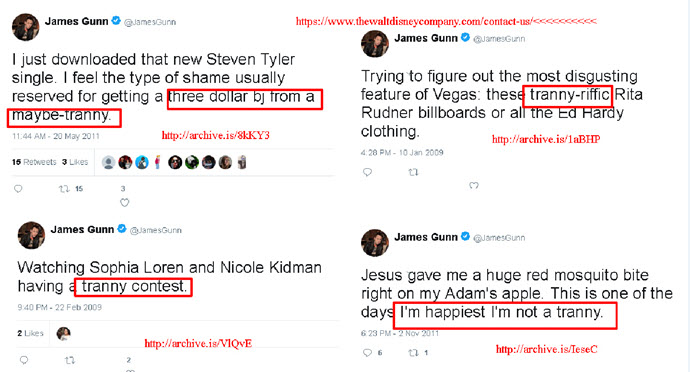 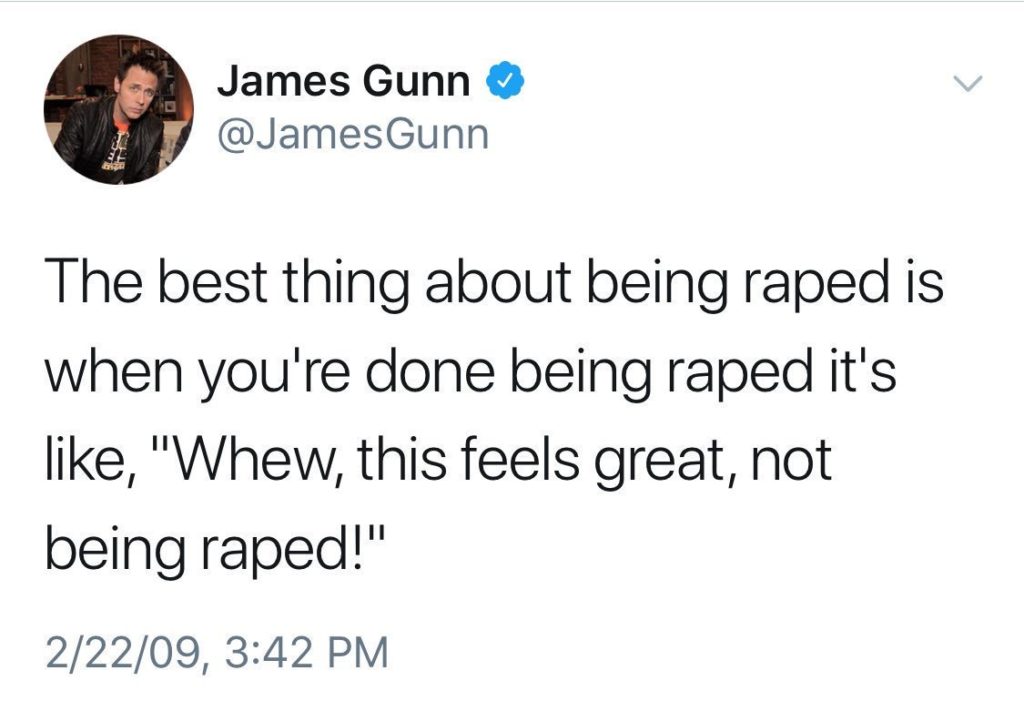 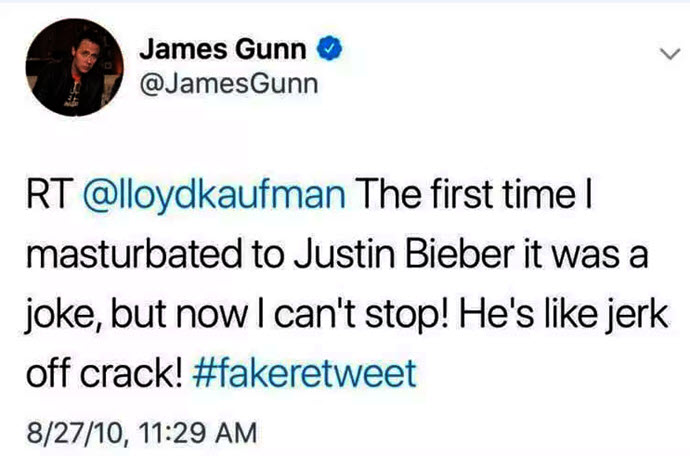 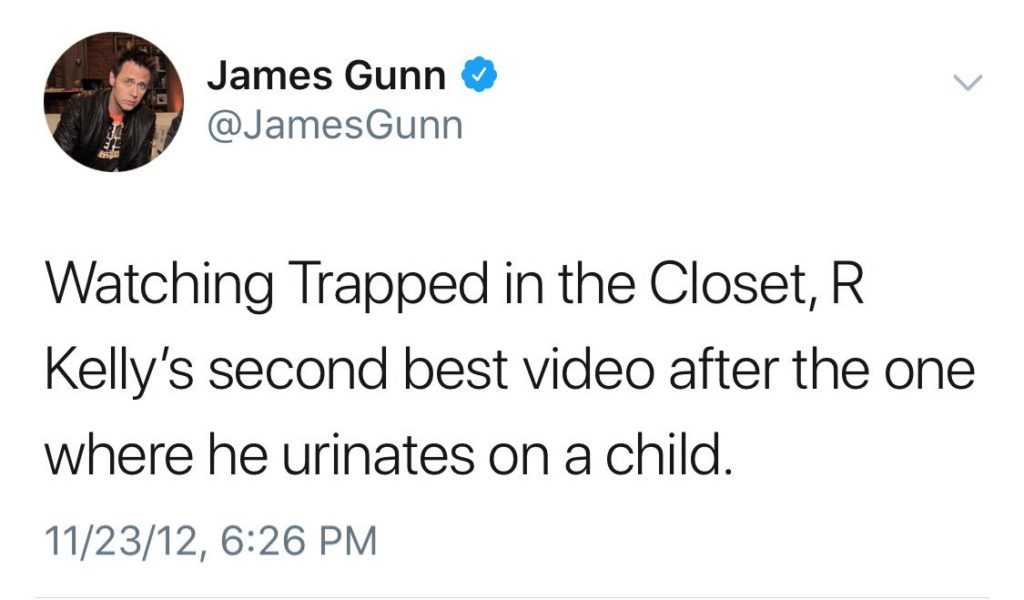 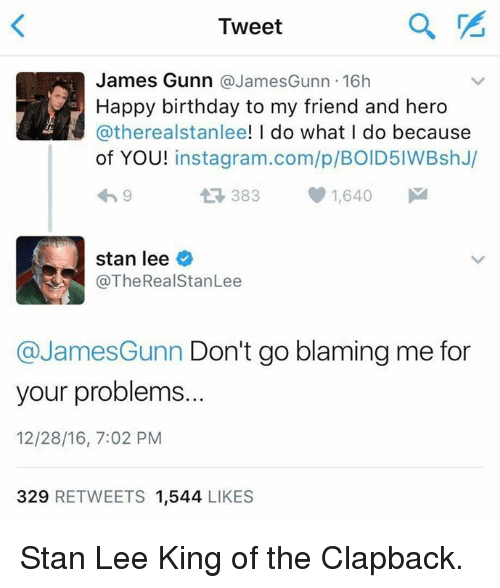 Once James got word that his old Tweets were going to be exposed in the #MeToo era, he decided to delete them. He left a trace of his actions by making this mistake: 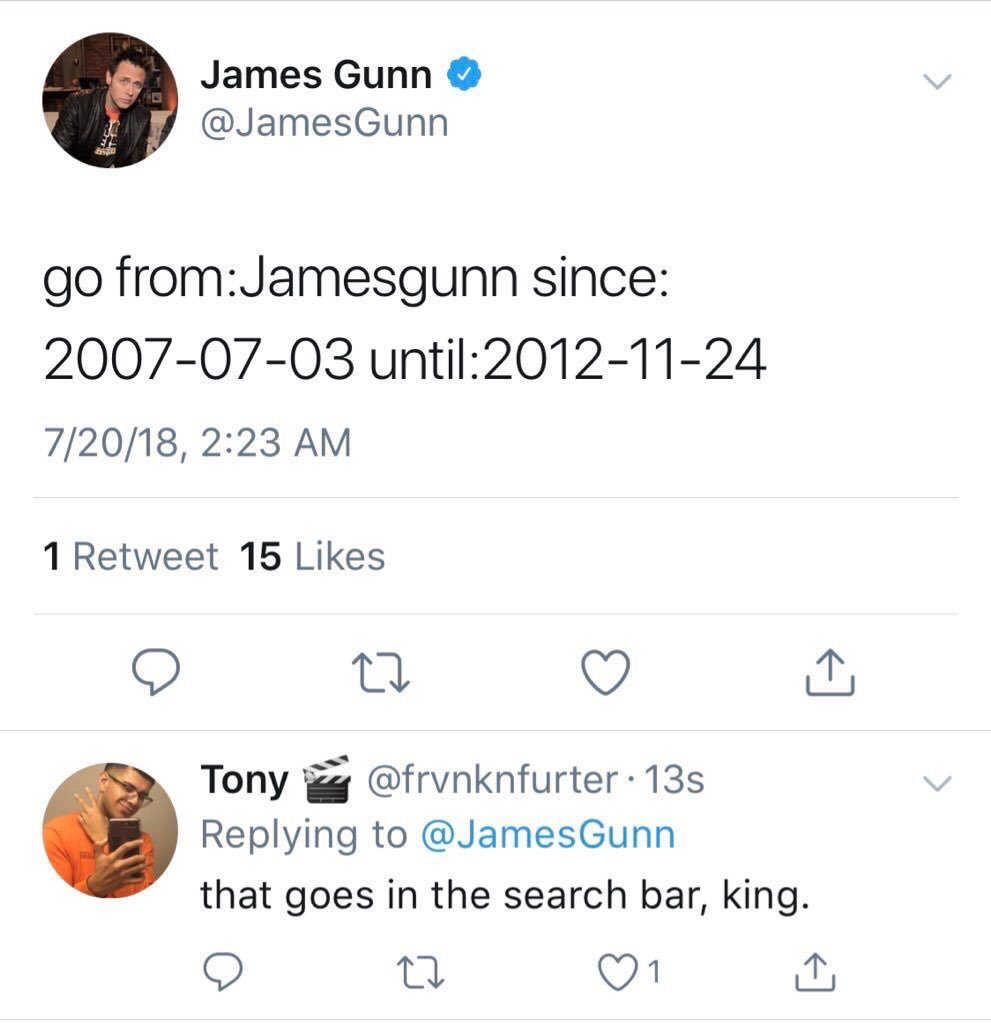 Once the news broke, James put forth this apology: 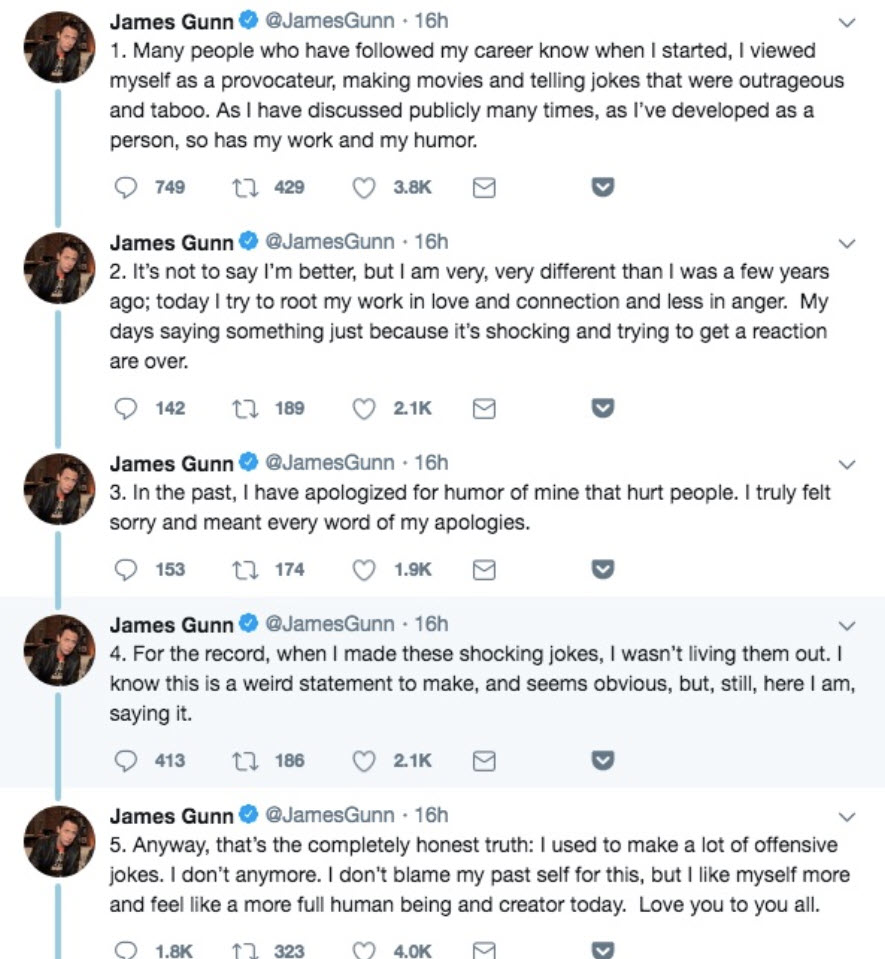 Life went on and James landed a job with Warner Brothers/DC to direct the next Suicide Squad movie. Disney shelved Guardians 3 and moved on with the next phase in the MCU.

Now we are going to look at some other popular figures in media that have had a similar fall from grace but have not been forgiven yet.

Another Disney/ABC employee that was fired over one tweet. 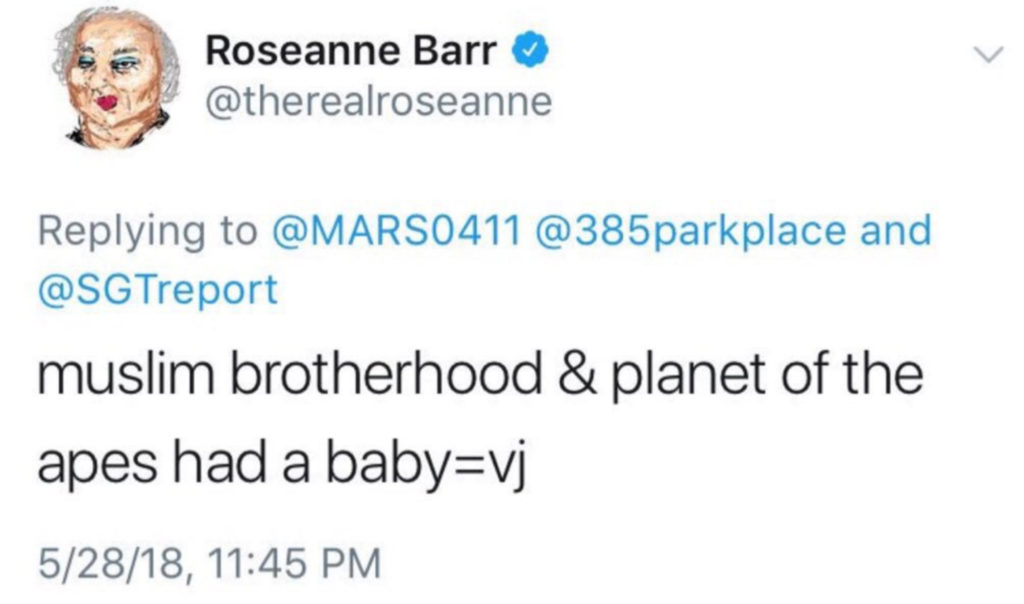 She went on to clarify the comment with this:

But she was still fired from the Rosanne revival. This is not to defend what she said, but just pointing out how Disney treats their employees. For the record, I think Rosanne is a nutbar and never watched her show in the first place. 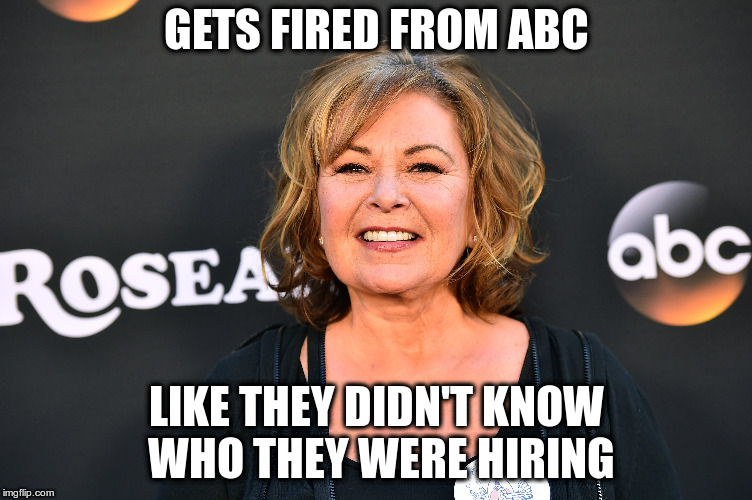 James Woods has also gotten into this discussion: 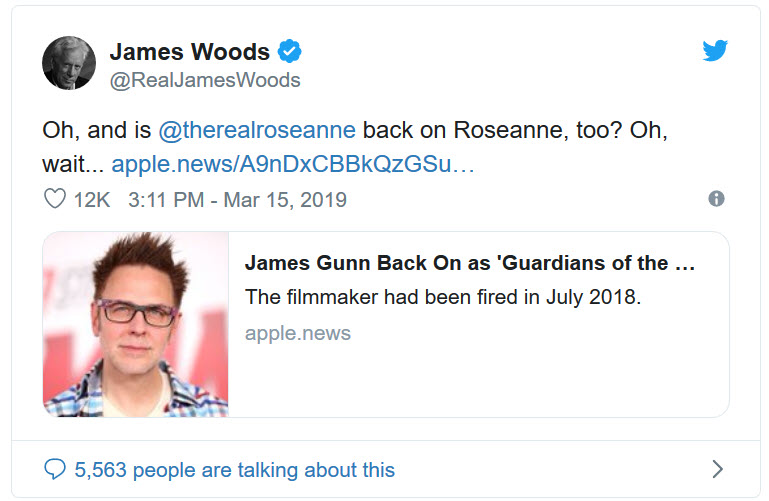 We did an article on Kevin’s trouble with ABC/Oscars Awards due to some old tweets. Kevin did the “apology tour” even appearing on the Ellen DeGeneres Show. It was not enough and he did not host the 2019 Oscars telecast.

As you are aware, ABC is owned by Disney, if old tweets that are apologized for and forgiven was good enough for Gunn, why was Hart denied the hosting duties? 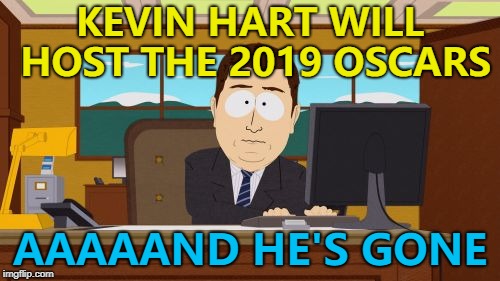 The story is still following him, an article was posted last week with the following:

“Kevin Hart’s next standup special will be released on Netflix next month, despite the recent backlash that ended up with him resigning from hosting the Oscars.”

We’ll see how long this stays with him and if it affects other jobs in the future.

This is not a new phenomenon either, here are a couple of examples from several years ago.

Celebrity chef Deen was being deposed during a lawsuit brought against her by Lisa Jackson in 2013, the former general manager of her Savannah, Georgia restaurant Uncle Bubba’s Seafood and Oyster House, Deen admits to using the n-word in the past: “Yes, of course.”

During the same deposition, she also says “that’s just not a word that we use as time has gone on. Things have changed since the ’60s in the south. And my children and my brother object to that word being used in any cruel or mean behavior. As well as I do.” There were other allegations and eventually she lost her show on the Food Network along with most of her sponsors.

Paula has attempted a comeback of sorts but it is doubtful that she will ever gain the same popularity she once had. 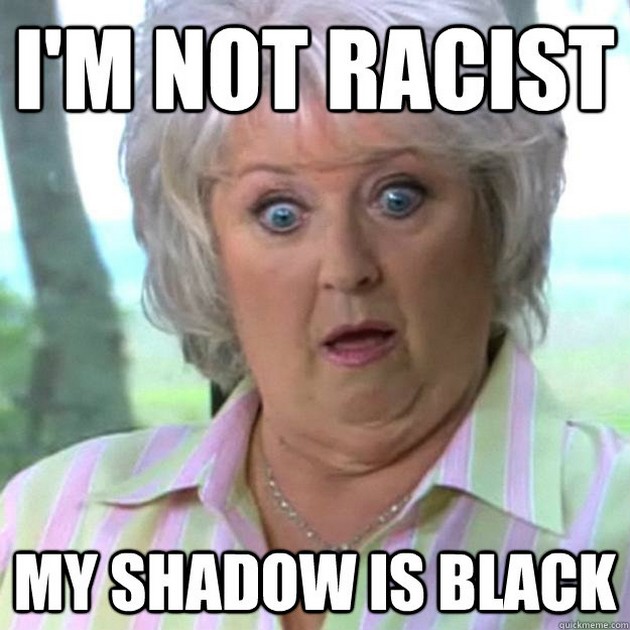 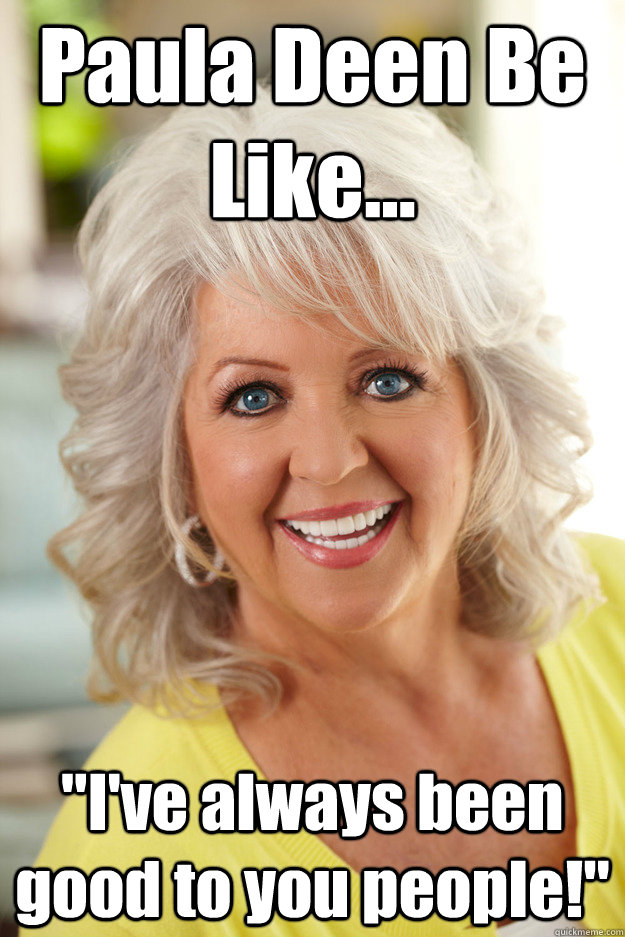 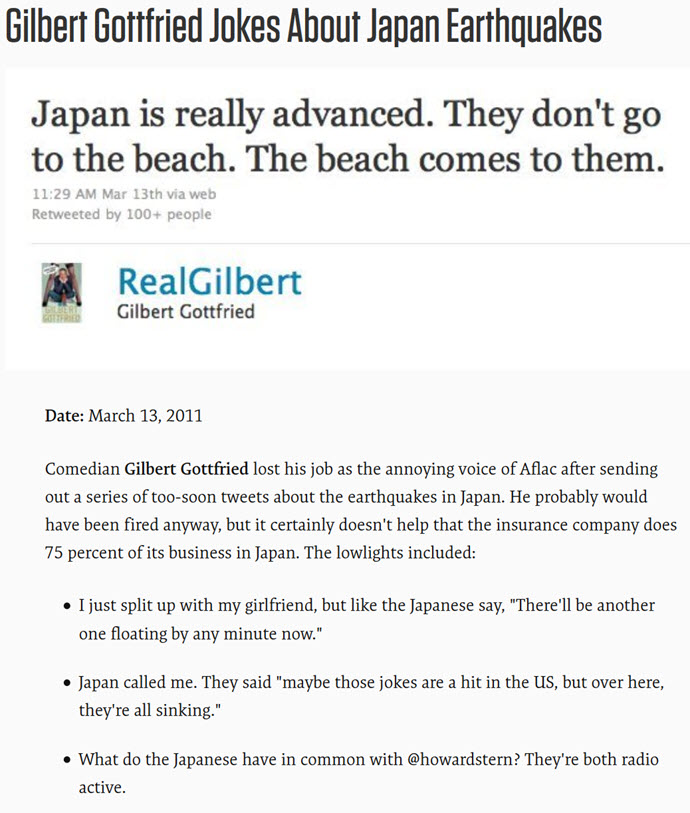 The voice of Aflac and Alladin‘s Iago, Gilbert’s carrier never recovered from his jokes about the earthquake and subsequent tsunami in Japan, look at his IMDb roles up to 2011 and after. From Disney properties and multiple TV appearances to Sharknado.

And this moron still gets to work: 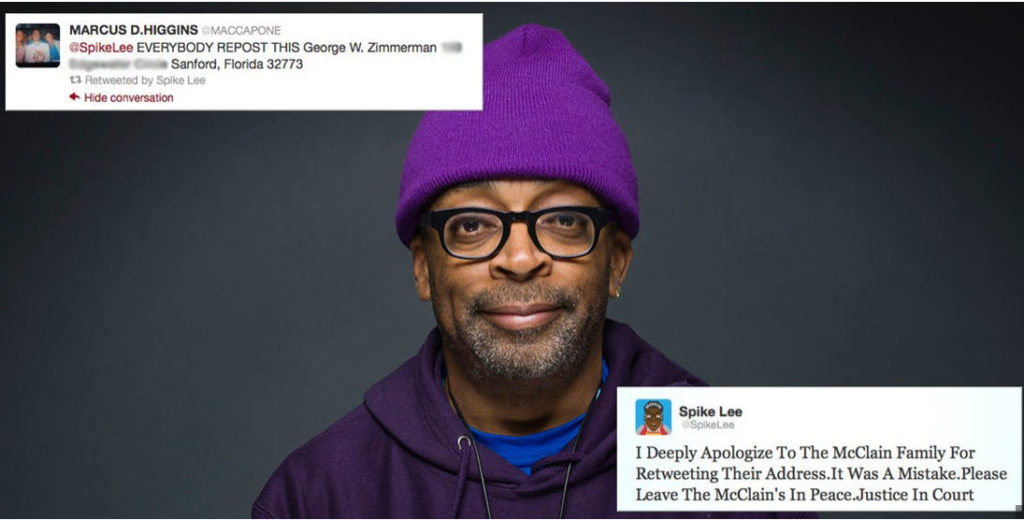