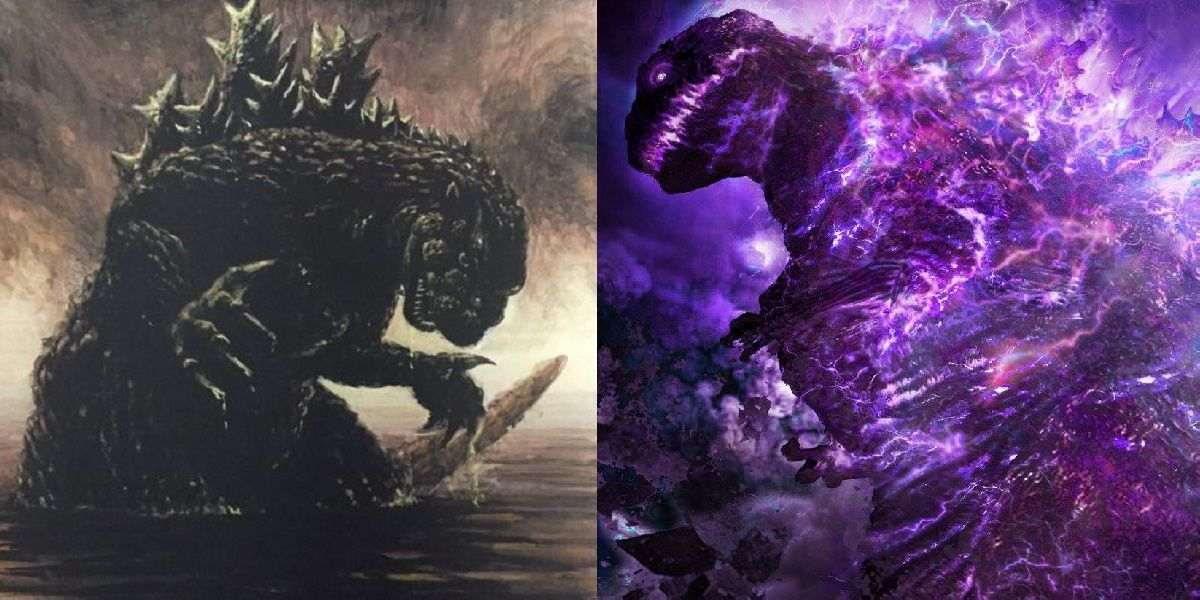 Godzilla – Gojira was released on November 3, 1954, giving birth to a film icon, the kaiju eiga genre of monster movies, and one of the longest-running film franchises ever.

The series has had its ups and downs, but the last live-action film, Shin Godzilla – Shin Gojira (2016) had great financial and critical success in Japan.

On the surface the films are similar, but they each present a look at the mood and fears of the time. 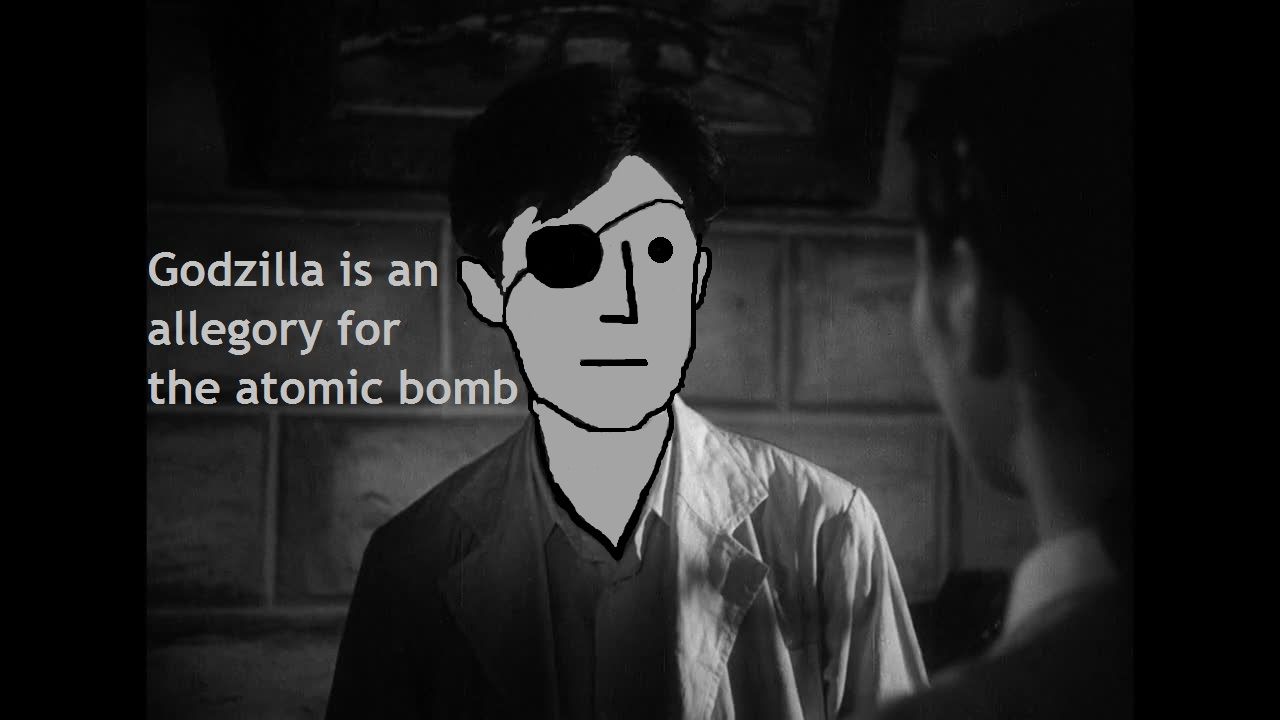 Origin of the Species

1954’s Godzilla is famously known as being born from an atomic bomb test, but the inspiration was actually from the panic caused after contaminated fish was released to market from a Japanese fishing boat Lucky Dragon (Fukuryu Maru) which was caught in the contamination area of a hydrogen bomb test.

Shin Godzilla’s monster is a prehistoric creature feeding on nuclear waste which the US government dumped into the Pacific Ocean in the 1950s.

The destruction and aftermath draw from recent earthquakes and the Fukushima Daiichi nuclear disaster.

Godzilla is an example of the sentimental humanism that started in post-war Japan to remember the war and embrace a victim consciousness. The contaminated fish from the Lucky Dragon was a national issue, affecting all regions.

It allowed for the population at large to experience and be victims of a “Second Hiroshima.”

The film is an extension of shared victimhood. It feeds into the pacifist, anti-nuclear sentiment that would grow from the post-war experience

While the Japan of Shin Godzilla is under assault from the monster, an effective response is hampered by bureaucracy and the traditional Japanese decision process. It almost comes across as a satire of the slow response to Fukushima at times.

The protagonists are a group of misfits from the various ministries and agencies who work to do what the old guard can’t. The film represents the struggle for modern Japan to overcome challenges in the modern world, both internal and external.

A particularly interesting distinction between Godzilla and Shin Godzilla is the way the monster is defeated. In the original film, Godzilla is defeated by the oxygen destroyer, a device created by Dr. Daisuke Serizawa, while in Shin Godzilla the secret to understanding Godzilla’s biology was cryptically provided by Professor Goro Maki.

Dr. Serizawa decides to use his secret weapon to destroy Godzilla, but kills himself in the process, to keep his weapon from the world.

This selfless act also avoids a loveless arranged marriage allowing his betrothed to follow her heart.

Serizawa participated in the war, as evidenced by his eye patch and there is mention of him working with a German colleague. If these hints have any nefarious implications, his suicide to save the world is a sort of absolution and he dies a hero.

Professor Maki’s is a strange inversion of Dr. Serizawa. Instead of killing himself to destroy Godzilla he kills himself in an explosion to bring the monster up to the surface of Tokyo Bay. His yacht floating in the bay leaves a note stating, “I did as I pleased. Now, you do the same.”

Described as rebellious, the professor was anti-nuclear after his wife died from radiation sickness and he left Japan. He did leave clues and research that could be used to stop Godzilla, but he knew that the world and the US would be forced to use nuclear weapons against Japan.

His suicide was an act of revenge and a test for his estranged nation.

The Past is in the Past

Some fans have criticized Shin Godzilla for the ways it strayed from the original template. The original and subsequent films embraced the pacifist post-war image of Japan and later films would show Japan working with the United Nations.

Shin Godzilla shows a Japan pressured from the United States and dealing with its geographical neighbors.

A counter-argument to this criticism would be that the film does not take place in an ideal world but in the real world.

In addition to straying from the ideals of the previous film, there was a political dynamic as well. Japan’s Self Defense Force is governed by very strict rules of engagement and Japan’s constitution forbids the use of force for disputes.

Scenes with the government trying to decide the legality of military force against Godzilla were criticized for playing towards those that want to amend the constitution and having nationalistic overtones.

While these things can be debated, it is interesting to note that the original film was part of the post-war victim consciousness narrative and played into the pacifist role that the US occupying forces encouraged.

This first film can be criticized as being a type of propaganda as well.

There are many aspects of post-war Japan which have been debated from the time of the first Godzilla. It is interesting to note that for every reboot or alternative timeline in the film series they always were considered a sequel to the event of the 1954 film until Shin Godzilla.

Future Events, Such as These

While a trilogy of animated films was released after Shin Godzilla there are no plans to make a sequel. Toho is currently planning to restart the series with its own cinematic universe when their deal with Legendary Entertainment ends with the release of Godzilla vs Kong.

The future for Godzilla and the gallery of Toho monsters look very good and after the Hollywood blockbusters, we can see again what the Japanese have to say. 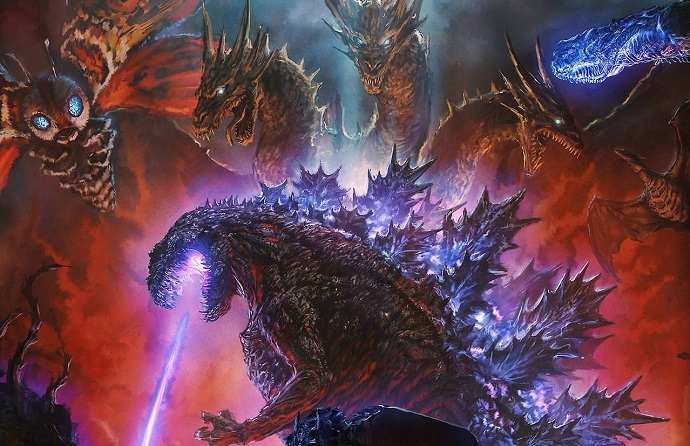