Toho has released a poster for the third entry in their animated Godzilla trilogy, Godzilla: Hoshi o Kuu-mono. While no official English title has been provided yet, it translates to “Planet Eater.” 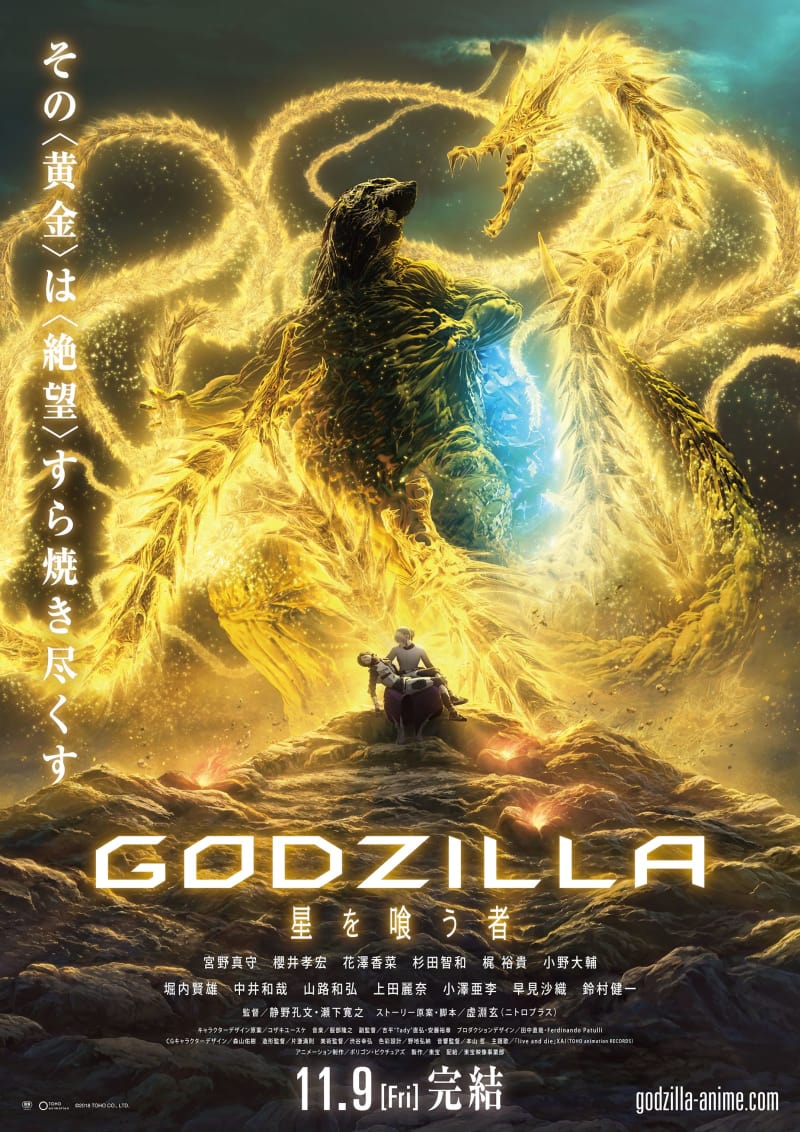 The poster gives us our first look at the animated version of King Ghidorah. The look of three serpentine bodies is certainly a departure from the traditional dragon appearance for the monster.  There is no hint of Mothra, even though an appearance seems a given. Perhaps Mothra will be saved for the third act.  Or maybe it doesn’t mean anything, the SDCC poster for Godzilla: King of the Monsters only had Ghidorah on it too.

A Guess At Things To Come

The tagline roughly translates to “This gold will even burn down despair.” The sentiment and the image of Haruo holding Yuko is where the Godzilla: City on the Edge of Battle left off.  It seemed as if the character of Yuko Tani died at the end of the last film, but the poster lists voice actress Kana Hanazawa third billing.

The character was infused with nanometal so how this changes her or if it opens the possibility for more MechaGodzilla City or even MechaGodzilla remains to be seen.

Speaking of MechaGodzilla, many were disappointed that the robot monster was not actually in City on the Edge of Battle. A fan film has been released that provides a very cool look at what a MechaGodzilla appearance could have been.