This Nerd Fight topic is proposed by me, after drinking too much and ruminating on the state of cinema.  Got an idea for Nerd Fight? See below for how to submit.

Godzilla: King Of The Monsters flops.  Men In Black International flops.  Both sequels with recognised brands and strong casts.  We believe:

THE AGE OF THE MOVIE BLOCKBUSTER IS DEAD!

And Marvel has killed it!

if you are not part of a mega-franchise with locked in brand recognition and hooks to haul people into the theatre then it’s off to Netflix for you!

It’s done Jerry, it’s all over!

Get your fight on in the Disqus. 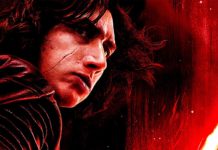