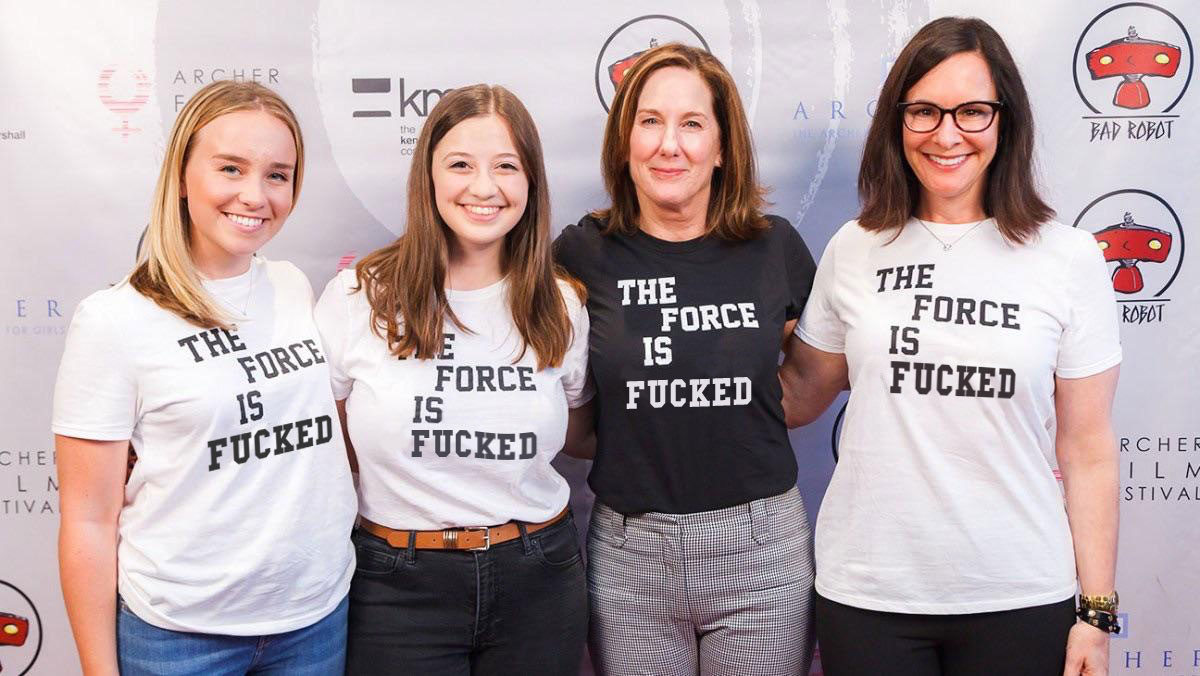 Welcome to another edition of our recurring feature here at Film Goblin, NERD FIGHT!

How it works is really simple:  A movie-related central supposition or motion is proposed, and then everyone everywhere can go full-geek and debate that motion.

The Only Rules Are:

This Nerd Fight! topic was proposed by a number of contributors over the course of a few weeks. Got an idea for Nerd Fight!?  See below for how to submit.

Three beloved movies occupied our chidhood dreams.  Three not so beloved movies dissappointed our early adulthood.  as our middle age dawned there was a new hope.

But something is wrong, very wrong in this galaxy far, far away.

Responsibility for this FALLS ON the accused, kathleen kennedy.

– an inability to create a strong female character that isn’t a walking mary-sue cliche.

– Making a prequel nobody wanted, to answer questions nobody asked. twice!

she has become the death star, destroyer of worlds.

is she guilty?  the film goblin community is judge, jury and executioner.

Celebrate the release of Solo: A Star Wars Story the only way we know how.  By starting a massive fight on the internet!  Come at us, and we’ll drop you the way Kennedy drops Directors who fail to get on-board the progressive bus!

Got a movie-related topic that you want to see debated on Film Goblin? You have? Excellent! Put it into the form of a statement or motion and email it to nob@filmgoblin.com with “Debate Suggestion” in the subject line. We’ll be picking from suggestions for our regular debate topics.