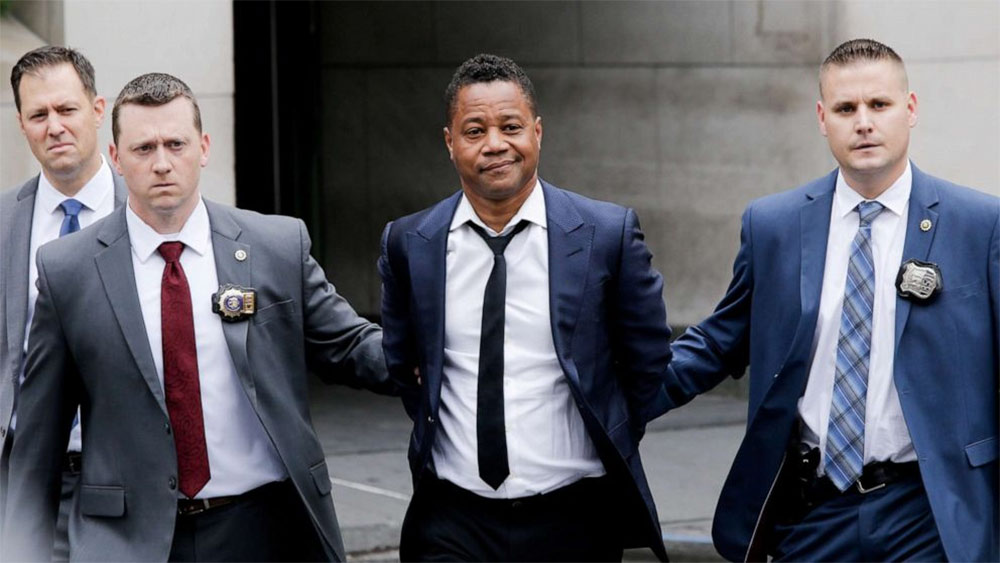 Show Me the Money!!!

Cuba Gooding, Jr., has had an interesting career following his Best Supporting Actor win for his 1996 role of Rod Tidwell in Cameron Crowe’s Jerry Maguire. He followed up his win with such brave career decisions as Radio, Snow Dogs, and Boat Trip.

In the meantime, Gooding has been busy, allegedly, “groping” women in Manhattan nightclubs on his off time.

Cuba Gooding Jr was in a New York courtroom this morning for what was supposed to be the first day of the Oscar winner’s trial for groping a woman in a Manhattan nightclub in early June. Supposed to be, being the operative term.

Mere minutes into the scheduled hearing on jury selection, Deputy District Attorney Jenna Long and prosecutors from the New York County D.A.’s office said they were still waiting for more evidence in the matter and were not ready for trial. The proclamation saw the whole thing pushed back now until October 10, with Gooding walking out after a short stint in front of the judge.

The Accuser’s Memory is Lapsing…

Now, I don’t have much to offer publicly about “groping” and other forms of sexual harassment beyond the obvious bromides that well-meaning, non-criminally-minded people offer whenever these topics are broached.

However, it is interesting to note that there are three aspects of this story that don’t match the current, socially approved narratives around sexual harassment:

Is #MeToo Claiming Another Scalp?

I don’t think so.

From a legal perspective, prosecutors only bring to trial cases they believe they can win.

Law and Order is right on this count: Public prosecutors like prosecuting cases they can get a lot of long-term legal and political traction from, particularly in districts and states where they have to run for re-election.

The allegations against Gooding may be true or they may not be.

But, it’s difficult to see how the prosecutors could succeed in bringing a case against a guy who has continued to work and proclaim his innocence of the charges against him, all the while dealing with an accuser who won’t talk.

Again, from the Deadline article:

With briefs from both sides and grainy video footage from the night in question, Judge Phyllis Chu ruled on August 9 that conflicting accounts about what actually happened at the Magic Hour Rooftop Bar & Lounge on June 9 are grounds for a trial.

I don’t know who Gooding is as a person.

None of us do.

I just “know” him as an actor in television shows I don’t watch and movies I don’t see.

Just like none of us knew Bill Cosby, Matt Lauer, Louis C.K. or the countless other men who have been exposed over time as doing dirty deeds under the noses of the fans and the public they entertained.

Here’s a rule of thumb: We don’t know ANY of these celebrities.

But the hypocrisy evident in the Gooding case is outstanding and breathtaking.

If you’re Progressive and vote correctly, and you haven’t pissed off the wrong people, you’ll be fine.

If you’re not Progressive, and vote incorrectly, and have taken positions that the people in power at the “right” Hollywood parties find repulsive, you’re probably done.

I think the guy who has portrayed everyone from a gay man to a mentally disabled man to the friend of an acquitted killer, has a good chance of beating this rap.