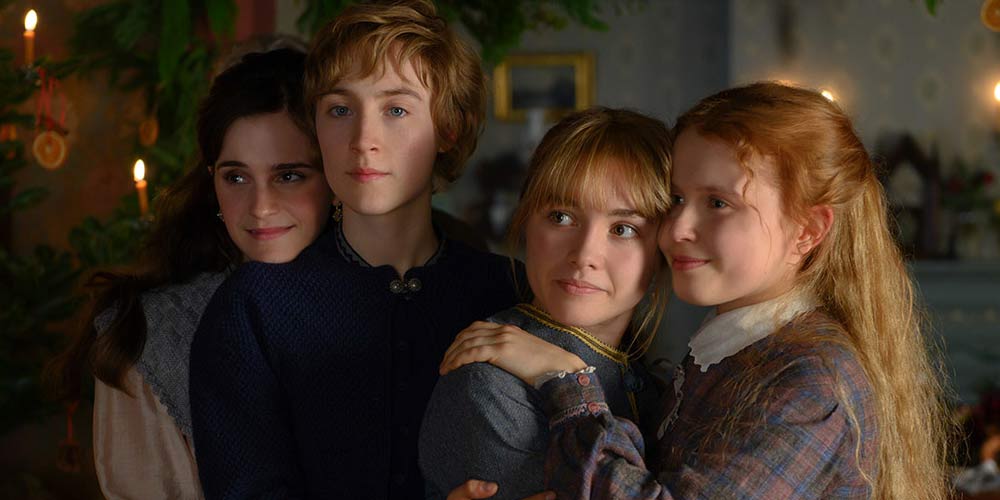 Is This A Big Win For Western Civilization?

Hell, there isn’t even any anti-war, anti-wealth, anti-American or anti-family messaging in any of the films. Most of these nominees could have come out of the 1950s.

For those of you thinking that these nominations are just a coincidence, a random act of fate based on the limitations of the films released in 2019, look for a lack of complaining and whining from the usual quarters.

They have been explicitly instructed to STFU while Hollywood gets the fans back.

Instead, there with be a lot of pearl-clutching and hand-wringing around how many women have been passed over. This is to be expected — and will never go away — because women are 50% of the population and majority consumers of pop-culture and legacy media entertainment news.

Plus a lot of “men” use fake feminism to have sex with certain women.

But that’s a story for another time…

A Quick Rundown of The Nominees

Heroic, straight Anglo-Saxon men turn back the invasion of the savage Hun on the battlefield.

Hitler Batz! Who would have thought the Third Reich was so funny in hindsight?

But seriously, can we talk about the Germanic threat for a minute?

Starting with Alaric, continuing with Martin Luther and Marx, into the 20th Century with the Kaiser and Hitler and now beginning the 21st century with Mama Merkel and her hordes of economic migrants, German has attempted to destroy Europe, Christendom and in turn the world, at least six times in the last two millennia!

When is enough enough? What new horror can we expect next from Teutonic Man?

When do we hold this nation responsible for its crimes against humanity?

A heroic, straight white male comedian is failed by the system but channels his own autism to throw off societal shackles and become the leader of a movement.

Heroic, straight Anglo-Saxon women struggle to not be branded as harlots for having premarital sex or learning to read in the late 19th century.

Plus, there’s a lot to like here, especially those Handmaid’s Tale dresses.

A heroic, straight Amerimutt couple struggles to keep their family together in the face on an endless onslaught of passive-progressive, anti-family messaging from their lawyers and counselors.

Once Upon a Time in Hollywood

Hell, the female lead is portrayed as a childlike, airheaded-bimbo who just gets off on seeing herself on the silver screen. That is her entire character and it’s beautiful.

But not this beautiful:

Heroic hardworking, straight South Korean family is beset by the wretched underbelly of society in the form of bottom-feeding con artists who attempt to first milk them and then destroy them.

A lot of garbage-chute tier publications, the same ones who have pushed the “small vocal minority” lie for five years, try to position Parasite as some anti-wealth screed because the rich family is out of touch with the problems of the poor criminals.

Who fucking cares about the problems of poor criminals?

We’ve got our own shit to deal with! Anyone who posts or says “first world problems” needs to be airdropped into Kandahar with only the sweatshop clothes on their back.

You live in the first world, motherfucker!

What other problems do you think you are supposed to have?

Do you think Abdul is worried about how many minorities get nominated for awards in America, you stupid fucking clown?

And while we are on the subject of minorities, many of you didn’t know this but certain Asians — namely Chinese, Koreans and Japanese — are all designated as Honorary Aryans since they are allowed to be openly discriminated against in Western societies.

So, if you think about it, Parasite is another white movie!

But don’t be fooled…

Of course not. They are just pushing their beliefs underground for one or two cycles until we forget their true form.

This is what Ricky Gervais’ Golden Globes shenanigans were about. It was pure kabuki theater and you bought it.

Do you think a culture as insular and incestuous as Hollywood is going to let anyone, let alone one of their own, host an awards show without pre-approving the script?

Of course not. What this really means is that Hollywood is seeing the rejection of their ideology on both the big screen (Star Wars, Terminator, Charlie’s Angels) and on the small screen (anything on the CW, Watchmen), so they are adjusting accordingly.

Honestly, the writing was on the wall back in March of 2019, when Rotten Tomatoes was forced to change how their Audience Score rating system worked in order to protect the feminist superhero movie, Captain Marvel.

Astute agents, who are far more agile and reactive that the Hollywood establishment, greenlit their clients to suddenly back the fans over passive-progressive industry soapboxing and propaganda.

Beginning with Daisy Ridley a few months later, continuing with Henry Cavill’s refutation of the “toxic fans” meme and culminating with Jon Boyega’s absolute destruction of the Lucasfilm-approved-and-supported Reylo shipping community, there has been a disturbance in the forced messaging.

Glad I got that out of my system 🤣

Starting in a couple of years, we can expect the Cultural Marxist Hollywood Bear to hibernate for a while on the big screen and anywhere on the small screen where metrics are tracked.

They may even cancel some of the most virulent titles and remove some of the really bad actors from prominent positions immediately, but again, Hollywood is far too large to react quickly. This is why their goofy attempts to be topical and relevant come off as hamfisted and obvious — the industry is always at least two years behind.

However, make no mistake and let me be clear, they are not going away but merely transferring their combative and failed ideology to streaming services where there is no one-to-one correlation between content and revenue.

But just imagine what we can do with two years of clean screens.