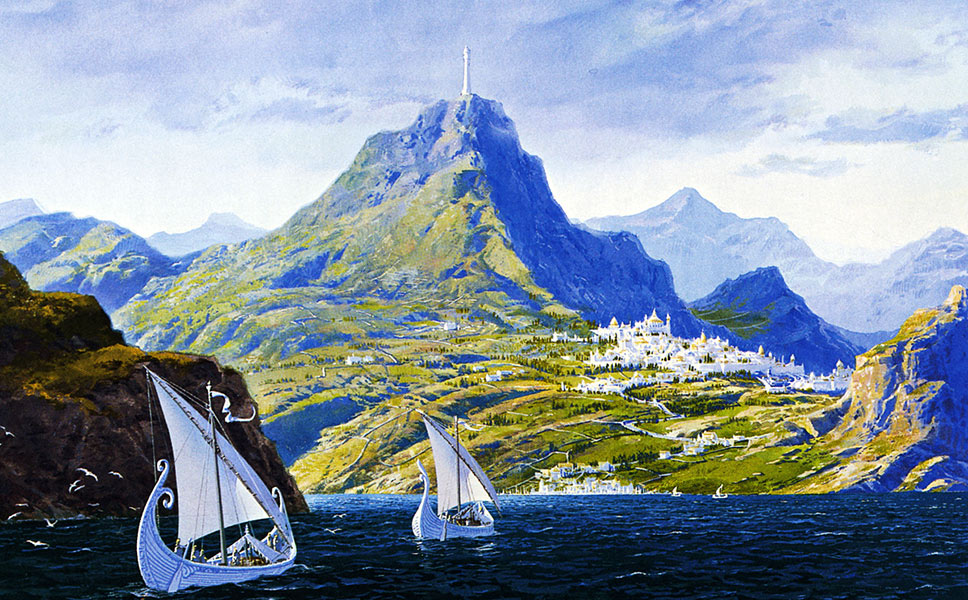 Welcome to the Second Age: https://t.co/Tamd0oRgTw

It says it right there: “Welcome to the Second Age.”

If you follow the link to Amazon’s website you are given a nice map which includes not just all of Middle Earth but Númenor as well. 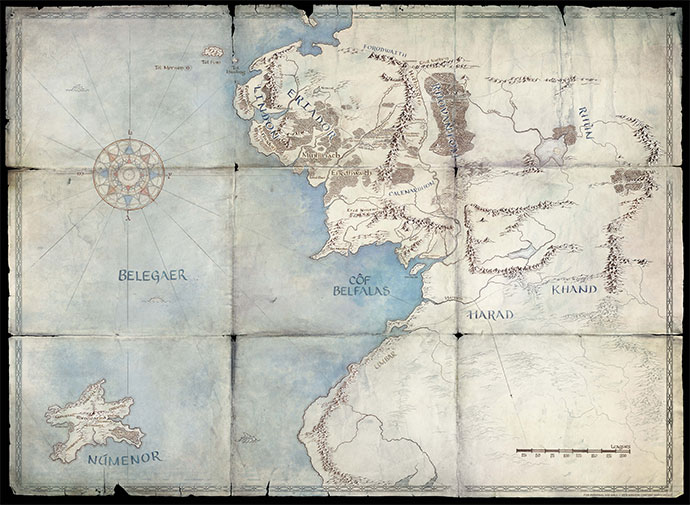 Unless this is one of the biggest cave-trolls of all-time or a monumental screw-up by an intern, it means that we’re not getting a reboot of The Lord Of The Rings but stories about The Second Age from The Silmarillion and Book Of Lost Tales.

I guess it could also mean they are just going to be showing us some glimpses of The Second Age and it will be a just a LOTR reboot. In that case, the eyes stay closed.

I’ve been listening to The Silmarillion lately and it is quite a slog.

What’s All This Second Age Stuff?

For dorks only knowledgable through the Peter Jackson films or a cursory reading of the works of Tolkien, the Second Age covers the 3441 years that lead up to the Third Age. The end of the Third Age is when the entirety of The Lord Of The Rings took place.

The Second Age was the Age of Númenor, the great island kingdom that was created for the descendants of the Edain in the first years of the Age, and as the years passed, their power grew until it surpassed that of any nation of Men, before or since. They sailed east, exploring Middle-earth and founding great cities there. Eventually, their power and pride became so great that they challenged the Valar themselves, and were destroyed.

The Second Age ended when an army of Men and Elves defeated Sauron and then Isildur cut The One Ring from Sauron’s finger. They made him submit. It wasn’t an accident.

Some notable events from the Second Age include, chronologically:

We may not see a lot of this because if you look at the map, Mordor is missing. But I have to think that is a mistake, otherwise you just have some sea-people and dwarf stuff.

Some of the major players from The Second Age were:

If you are into spoilers you can watch this quick video:

The Best Is Yet To Come

As most of you know The Lord Of The Rings is my favorite piece of literature, of human creation — it’s my Bible. But in listening to the other books by Tolkien, I’m finding that the story of Frodo, the Fellowship and the final defeat of Sauron is just a small sliver of the mythology and philosophy that he created.

The Second Age is OK, no doubt. And I think it’s actually filmable at this point.

But for my money, The First Age is much more massive and epic. Morgoth unleashed armies of dragons, Balrogs, werewolves, vampires, giant spiders, etc against the Elves until they finally got fed up, stomped him, chained him and cast him into The Abyss.

There are about a half dozen Battle Of Pelennor Fields. With much cooler monsters.

We’ll probably never see it until people are willing to pre-pay a massive amount of money to finance something like that. Maybe Kickstarter style. It would have to cost something in the realm of $500 million for ten episodes. That’s only 50M people giving $10 each!